The villagers said apart from the insufficient quota of ration, even their allotted amount has not reached them in time. 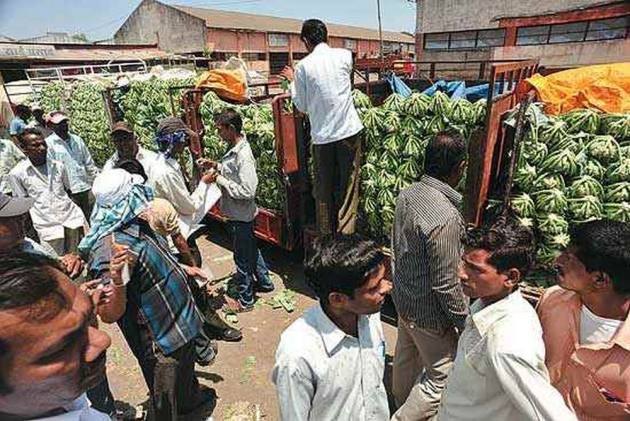 Short supply of government rations appears to have forced tribals in some border villages of Uttarakhand's Kumaon region to depend on Chinese foodgrain bought from Nepalese markets.

"The quota of rations supplied by the state government falls short of our requirements. So much so that some of the villagers have had to depend on Chinese foodgrain bought from markets in Nepal," tribal leader Krishna Garbiyal told media on Friday.

He was part of a delegation of Vyas valley villagers who met Dharchula SDM Friday to demand an increased supply of rations under the Public Distribution System (PDS).

‘No Ration, No Electricity, No NREGS Unless You Build Toilets’ Rules Rajasthan Government

The Whole Truth On A Grain Of Rice

Villagers cross a bridge over Kali river near Garbiyang which connects India with Nepal and buy rations from the markets of Tinkar and Changru villages of the neighbouring country to fulfil their needs, he said.

"The government allocates five kg of wheat and two kg of rice per month to each family which is far from enough. We have demanded several times to increase the ration quota for families residing in high altitudes as these areas do not grow grains like wheat or paddy," Garbiyal said.

The villagers said apart from the insufficient quota of ration, even their allotted amount has not reached them in time. They had received their last rations before the onset of Monsoon.

A 49 km-stretch from Mangti to Gunji was being repaired for nearly six months which made the practice of sending rations on mules to the villages very difficult this year.

"Over 72.5 quintals of ration were sent to Vyas valley villages by helicopters before the Monsoon began. The ration for October, November and December are yet to be sent to the villages," Dharchula SDM RK Pandey said.

With the road route under repairs, the administration has to depend on helicopters to transport rations to Vyas valley villages, he said.

He said the administration is also in contact with the Army to avail its helicopters for the purpose.

Absence of a proper road route is also likely to delay the winter migration of Vyas valley villagers to lower areas, Garbiyal said.

In a memorandum submitted to the SDM, the villagers demanded an increase in quota of rations. They also demanded continuation of helicopter service, which was for Kailash Mansoravar yatra tourists, so that ration could be supplied to the villages and the residents could migrate to lower valley.

The service was closed after the pilgrimage's conclusion last month.

"Either the under-construction road be completed from Lakhanpur to Nazang, or cheap helicopter service be  extended to November 18 to speed up supply of rations and to enable Vyas valley tribals to come down to the lower valley for migration," said Kushal Singh Napalchayal, a villager who led the delegation.

According to Napalchayal over 2,000 villagers from five villages of Gunji, Napalchu, Rongkong, Nabi and Kuti will migrate from high-altitude villages to their lower valley residences from November first week.

"The villagers need ration even for the months of November, December as they stack it away for the summer months when they return to their homes March onwards," Napalchyal said.