As a man pulls out Bukhari's guard, the suspect is seen picking up his pistol and disappearing from the scene right under the nose of the cops there. 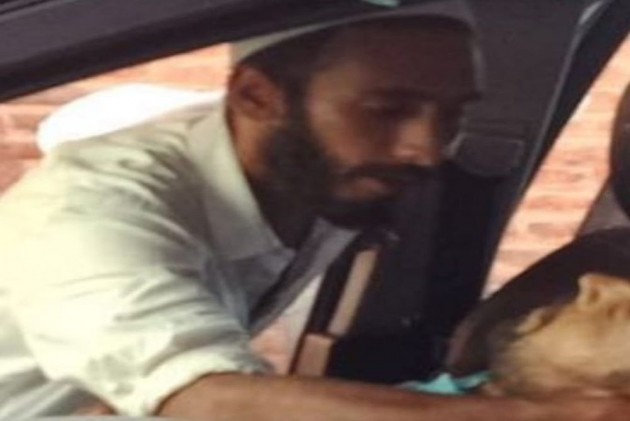 A person,  who was earlier identified as the fourth  suspect in connection with the killing of journalist Shujaat Bukhari and his two personal guards in Srinagar on Thursday, was taken into the police custody, said IG Kashmir SP Pani on Friday.

"The fourth suspect in the Shujaat Bukhari case has been identified. His role for the recovery of the pistol has been done. We are investigating  the case, " Pani told the media.

He said as far as the case is concerned at this stage, it is a terror incident. "It is a terrorist related crime."

Earlier in the day, the J&K Police had released a screen grab showing the suspect and had sought help of general public in identifying him.

Pani added that two pictures of four suspects, involved in the attack, released by the police. The IG said the picture 1 (of 3 suspects) wasn't in public domain, while the picture 2 (of 1 suspect) was in public domain where he's seen attempting to retrieve the weapon.

The police issued the picture from a video, which was purportedly recorded by a passerby following the attack on Bukhari outside his office, showing a bearded man surveying the inside of the journalist's vehicle.

As a man pulls out Bukhari's guard, the suspect is seen picking up his pistol and disappearing from the scene right under the nose of the cops there.

On Thursday night, the police had issued two photographs of three-motorcycle borne suspects that were taken from the CCTV footage. However, their faces were not visible.

While the driver was wearing a helmet, one of the pillion riders had used a face mask to conceal his identity. The face of the third assailant, sitting in the middle, did not seem to be covered but he was leaning towards the other side so as not to be captured on the CCTV.

"In connection with (yesterday's) terror attack at Srinagar's Press enclave, police requests general public to identify the suspects for the purpose of police investigation," a police spokesman said..

Urging the public to pass the information about the identity of the assailants to local police, the spokesman said the name of the person providing any clue or information regarding the suspects will be kept confidential.