Sidhu's remarks came a day after Kejriwal accused the leaders of the Congress, BJP and the SAD of constantly bashing his party AAP for the announcements. 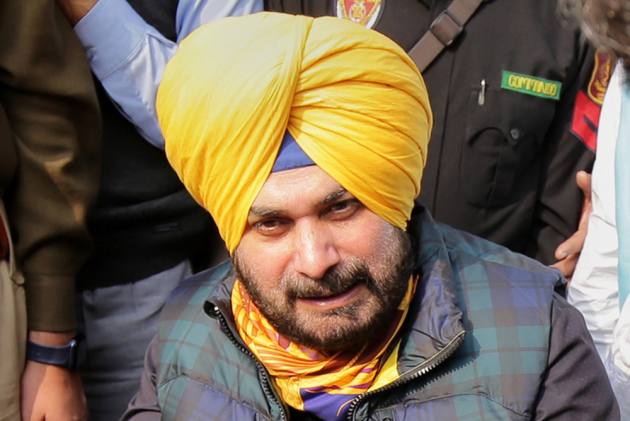 On Monday, Punjab Congress president Navjot Singh Sidhu slammed AAP leader Arvind Kejriwal over poll promises, saying “Those who live in glass houses should not throw stones at others”.

He dubbed Kejriwal's promise as a “lollipop”. Kejriwal announced he would give Rs 1,000 per month to all women above 18 in Punjab if AAP is voted to power. Sidhu asked him how many women have been given this amount in Delhi.

The Congress leader also questioned the Delhi CM on how many jobs he has created for teachers, days after the opposition party’s national convener promised to regularise services of temporary teachers in the state.

Sidhu's remarks came a day after Kejriwal accused the leaders of the Congress, BJP and the SAD of constantly bashing his party AAP for the announcements. In a series of tweets, Sidhu targeted the Delhi CM for not having one woman in his cabinet.

“Those who live in glass houses should not throw stones at others. @ArvindKejriwal Ji you talk of women empowerment, jobs & teachers. However, you don't have one woman minister in your Cabinet. How many women in Delhi get Rs 1000 despite revenue surplus left by (former Delhi CM) Sheila Dikshit Ji !!,” tweeted Sidhu.

He said women empowerment means mandatorily engaging women in every step of electoral process like the Congress is doing in Punjab. “True leadership is not in giving lollipops of Rs 1000 but investing in their future by providing skills for self-employment & woman entrepreneurs-Punjab Model,” he said in another tweet.

He further questioned Kejriwal where are eight lakh jobs and 20 new colleges his party had promised in 2015, dubbing them as “failed guarantees”. On the contrary, the unemployment rate of Delhi has increased by almost five times in the last five years,” he alleged in another tweet. Besides promising Rs 1,000 per month for women, Kejriwal during his recent visits to Punjab had also assured temporary teachers to regularise them.

This was Sidhu's second big attack on AAP within a week. Earlier on November 24, targeting the AAP over its sop announcements ahead of the Punjab elections, Sidhu had said people won't fall prey to populist measures without the backing of a policy framework, defined budget allocations and implementation metrics.

He had then said true leaders do not give "lollipops" and instead focus on building the foundations of society and economy. In the run-up to the Punjab polls, Aam Aadmi Party national convener Arvind Kejriwal has announced a slew of sops for different sections of society. Earlier, he had promised up to 300 units of free electricity for each household, 24-hour power supply and free treatment and medicines at government hospitals.