Having engaged with Saudi Arabia, leader of the Sunni-Muslim world, it is time for the Modi government to reach out to Iran 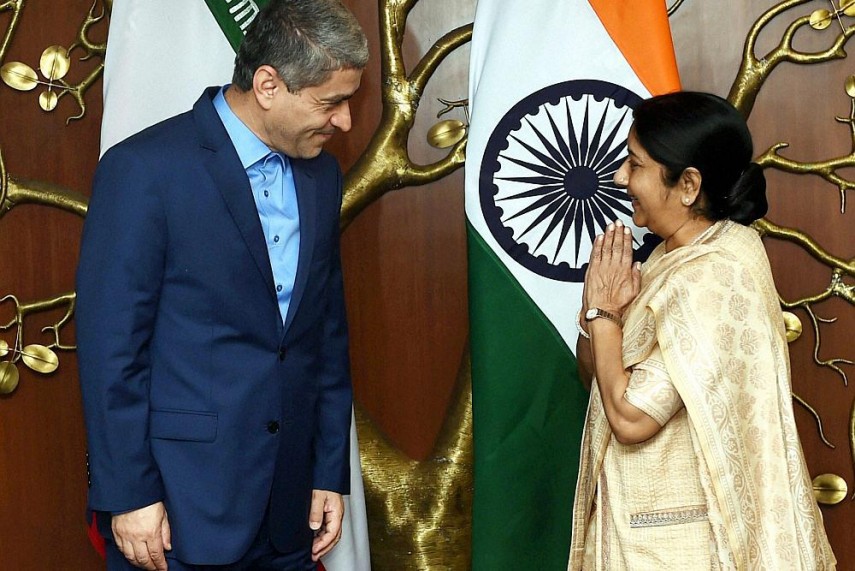 In a clear attempt to strike a balance in India's engagement with key players in West Asia, foreign minister Sushma Swaraj will be travelling to Iran next week. Her visit to Teheran comes in the wake of Prime Minister Narendra Modi's visit to Saudi Arabia earlier this month.

In January this year, Sushma had already visited Palestine, Israel and Jordan, where she also engaged with the leaders of the Arab League.

The ostensible reason for Sushma's visit to Teheran on April 16 is the India-Iran Joint Commission which she will co-chair with her Iranian counterpart Javad Zarif. But it will also give her the opportunity to engage with other important members of the Iranian leadership.

Her visit quickly follows Modi's visit to Saudi Arabia which took place between April 2 and 3 of this month. The Indian Prime Minister had a very good visit in Riyadh and held wide-ranging discussions with King Salman bin Abdulaziz and other senior members of the Saudi leadership to further deepen and strengthen the 'strategic partnership.' The two sides had entered the 'strategic partnership' in 2010 during Manmohan Singh's 'historic' visit to the country. Modi's visit to Riyadh that ended in several important agreements, was a clear signal to the continuity in India's engagement and the importance it attaches to its relations with Saudi Arabia—the largest supplier of its energy requirements and host to 3 million Indians, the largest diaspora of the country in West Asia.

But having engaged with Saudi Arabia, leader of the Sunni-Muslim world, it is time for Modi to reach out to Iran—the leader of Shia-Islam.

Modi's decision to choose Saudi Arabia, and not Iran, for his Prime Ministerial visit, had led to heartburns in some quarters. But unlike Chinese President Xi Jinping who visited both the countries during his visit to the region earlier this year, Modi decided to space out his personal engagements with the key members in West Asia. However, to ensure that Iran does not feel neglected, he had decided to request the foreign minister to travel to Teheran.

Interestingly, the Indian oil minister Dharmendra Pradhan will also be visiting Iran a few days before Sushma to further strengthen between the two sides in the energy sector.

Though economic cooperation between the two sides is an important part in Indo-Iranian relations, it is the political engagement between the two sides that gather greater salience. India has always regarded Iran as a key factor for West Asia's stability. If anything, Iran's importance in this regard has only gone up further given the volatility of the region. India has high stakes in the stability of the region, which is not only the main source for its energy needs but where nearly 8 million Indians live and work. The remittance that they sent back home each year takes care of a substantial part of India's oil bill. Besides, the money also helps in running several families in various parts of India.

The rise of the Islamic State, the wars in Syria, Iraq and Yemen have only added to the volatility of the region that has been undergoing a churn for several years. The perceived Shia-Sunni rivalry has only added to the vulnerabilities of many of the key players in the region and has raised serious questions about its stability. It is therefore, important for India to engage robustly with all the key players in west Asia, especially Saudi Arabia and Iran.

Moreover, India and Iran have been cooperating with each other not only to ensure peace and stability in Afghanistan but also to look at areas in developing infrastructure to facilitate trade between the two countries as well as central Asia and Afghanistan. The foreign minister's visit to Teheran will allow the two sides the opportunity to hold wide-ranging discussions on all the topics of mutual interest and cooperation and provide the opportunity to deepen and strengthen their engagement further.