While attending a programme here on Thursday, Tharoor praised Vijayan, saying he, as an administrator, was trying to change the impression that the southern state was not investment-friendly. 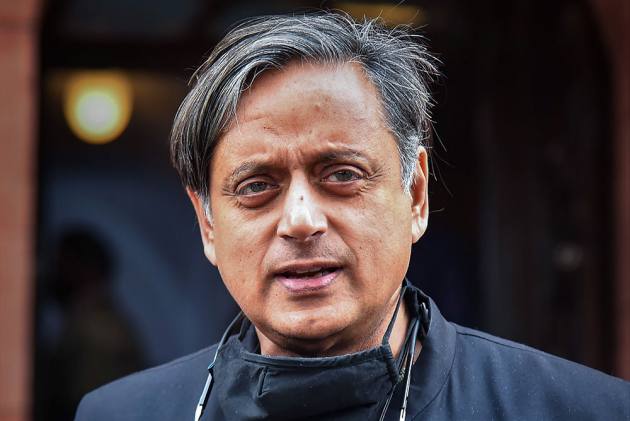 Discontent is brewing in the state unit of the Congress party over its Member of Parliament Shashi Tharoor's reluctance to sign a letter prepared by the MPs from the party-led UDF to the Centre against the state government's semi-high speed rail corridor and his open praise of Chief Minister Pinarayi Vijayan for his "investment-friendly" initiatives.

An unfazed Tharoor on Friday said in a tweet that on some issues it is necessary to put political differences aside and shared his photo with the CM. Veteran Congress leader and former KPCC president Mullappally Ramachandran today flayed the Thiruvananthapuram MP saying that he should learn party discipline, while Leader of Opposition in the state Assembly V D Satheesan said the Congress would examine Tharoor's stand and take an appropriate decision.

While attending a programme here on Thursday, Tharoor praised Vijayan, saying he, as an administrator, was trying to change the impression that the southern state was not investment-friendly. The statement came days after he refused to sign a letter prepared by the UDF MPs against the multi-crore Silver Line semi-high speed rail corridor linking the north and south ends of Kerala, a flagship infrastructure project of the Left government.

"Tharoor may be an internationally renowned person, writer or an orator. But, he has to learn the principles and discipline of the Indian National Congress. It is not right to go forward without learning that," Ramachandran said. The former union minister also criticised Tharoor's statement that he would reveal his opinion on the Silver Line project after studying it.

"He is a person who approaches everything with an analytical mindset. It is cheating the people of the country if a responsible person like him says that he is yet to study about the project," he said. Such a stand could be viewed only as a move to help the Left government, the veteran added.

Though Satheesan did not criticise Tharoor publicly, he said the party leadership would examine the circumstances under which the MP has taken such a stand on the Silver Line project. "The party will examine under which circumstance Tharoor did not sign the letter while all other MPs signed it and he made such a statement. The party will take appropriate decisions in this regard," he told reporters.

However, senior leader Ramesh Chennithala came out in support of the Thiruvananthapuram MP saying that he did not make any statement contradictory to the party stand. What he said was he would tell his opinion about the project after studying it, Chennithala said, adding that the rail corridor was "impractical" and the Congress and UDF are united in opposing the initiative.

Tharoor said on Thursday that he had tried to attract many international investors to Kerala after his stint at the United Nations but "they all eventually went to neighbouring states citing the reasons of strikes, hartals among others in Kerala." "However, our chief minister is trying to change that perspective and I feel that it's a good thing...We all know our (state's) history and we cannot always export our unemployment to Gulf countries. We need to generate employment here and for that we need to instill confidence among the investors," Tharoor said at the inauguration of the Lulu group's new mall here. He also said all parties should stand together and send across a message that Kerala is open for business.