Pointing at the need for a legal framework, he virtually ruled out holding simultaneous polls any time soon. 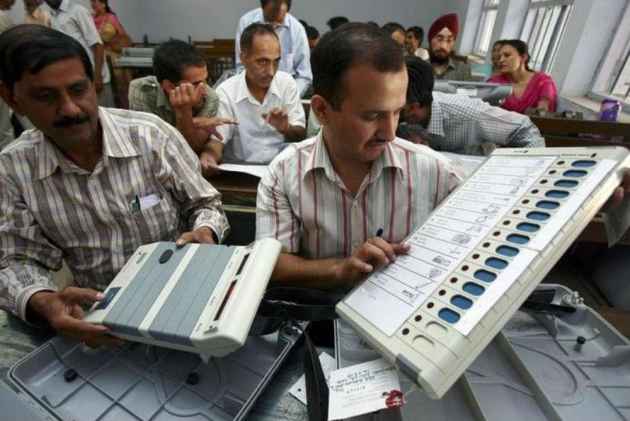 Simultaneous elections are not possible without a legal framework as any extension or curtailment of the term of assemblies will require a constitutional amendment, Chief Election Commissioner O P Rawat said today, a day after the BJP made a fresh push to hold Lok Sabha and assembly polls together.

Pointing at the need for a legal framework, he virtually ruled out holding simultaneous polls any time soon.

"If the term of some state assemblies needs to be curtailed or extended, then a constitutional amendment will be required... Logistics arrangements with regard to 100 per cent availability of VVPATs (paper trail machines) will be a constraint," he told reporters to a question on whether simultaneous elections can be held anytime soon.

"On the issue of 'one nation one poll', the Election Commission had given inputs and suggestions in 2015 itself... Other requirements of additional police force, polling personnel would also be needed," he said.

The CEC said the poll panel would continue to deliver its responsibility of conducting elections whenever term of the state assemblies come to an end.

The EC is in the process of procuring new EVMs and VVPATs ahead of the 2019 Lok Sabha polls.

While all required EVMs -- 13.95 lakh ballot units and 9.3 lakh control units -- will be delivered by September 30, 16.15 lakh VVPATs will also be delivered well before the end of November, Rawat had earlier said.

Some additional VVPATs are being procured as a cushion in case these machines malfunction and need to be replaced during polls.

Over 11 per cent of the 10,300 VVPAT machines across 10 states had developed faults and had to be replaced during the May 28 bypolls.

If simultaneous elections to the Lok Sabha and state assemblies are held in 2019, the EC will require nearly 24 lakh EVMs, double the number required to hold only the Parliamentary polls.

During their discussion with the Law Commission on May 16 on the issue of holding simultaneous polls, the EC officials had said they would need around Rs 4,500 crore to buy nearly 12 lakh additional electronic voting machines (EVMs) and an equal number voter-verifiable paper audit trail (VVPAT) machines.

The estimate was based on the current cost to procure the devices.