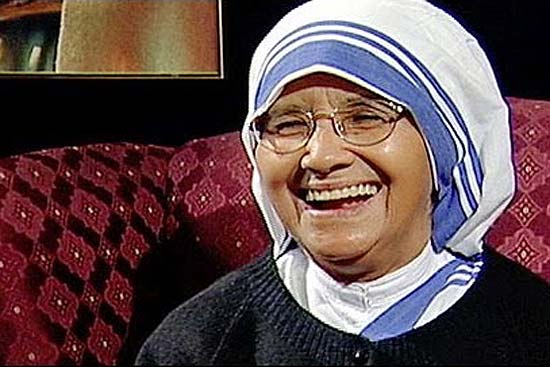 When the worldwide Missionaries of Charity (MC) elected Sister Nirmala to replace Mother Teresa as the Superior General, in March 1997, she said she was in a “dreamland”, but added in the same breath that one of the most visible positions in the Catholic Church was “loaded with responsibilities”. True to her calling, she performed her duties, including shouldering her “responsibilities”, to the letter till she breathed her last, aged 81, on June 23.

There was probably no ideal, if not better, woman to step into the shoes of Mother Teresa, who had never groomed a successor to lead the MC she founded in 1950. Sister Nirmala was what Pope John Paul II described as “a woman of deep spirituality”, steering the conclave against “better known candidates with more administrative experience” when it came to leading the order.

Sister Nirmala, a simple and unassuming woman of few words, made it humbly clear at the very outset itself that never ever should she be called Mother Nirmala. “God never asked me to be Mother Teresa. He always asked me to be Sister Nirmala only,” she repeatedly said during her stay at the helm.

Despite Mother Teresa’s enormous shadow following her everywhere, Sister Nirmala created her own identity and went about her task as the head of an order of some 4,500 nuns running over 500 orphanages, hospices, homes for the poor, and other charity centres across the globe, with total commitment and devotion, never shying away from helping the poor and sick in Kolkata’s slums in particular, before stepping down in 2009 because of her own ill health.

Her tenure was marred by several controversies. Three years after she took over, one of the order’s nuns, Sister Francesco, was accused of deliberately burning four girls on a hot plate as punishment for allegedly stealing her belongings. After Sister Francesco admitted her “fault” and said she was “very repentant”, an embarrassed Sister Nirmala had a lot of explaining to do. “We regret this unfortunate incident. We will continue caring for the children as we have been doing in the past,” she said.

Sister Nirmala Joshi was born Kusum Joshi into a high caste Brahmin family in Doranda near Ranchi on July 23, 1934, before converting to Catholicism after “a lot of doubts and struggles”. Her father was a military officer and her mother a homemaker. They were originally from Nepal. She was the eldest of their 10 children (8 girls, 2 boys) and easily the brightest. She followed the example of her devout parents and prayed to all the leading gods and goddesses mentioned in the Hindu scriptures.

It was not until she was 7 and enrolled in a boarding school run by Christian missionaries that she heard the name of Jesus Christ. Around the same time she also learned of Mother Teresa and was “keen” to assist her “in any way”.

In 1947, her family moved far from her birthplace and eventually settled down in Shillong, where she used to argue about religions and was always favouring Hinduism vociferously.

She later studied political science at the Apostolic Carmel nuns’ Patna Women’s College. She would feel “inspired” during the prayer. “I felt something happening within me,” she recounted. “I had a feeling, again and again, of God calling me. I felt Jesus Christ had come alive to me.” She decided to convert to Christianity. (Her sister, too, embraced Christianity and became a Carmelite nun.)

She moved to Kolkata and met Mother Teresa and joined the MC. “The relationship that I share with Mother Teresa is really that of a mother and child,” she was quoted as saying once. With Mother Teresa’s counsel, Kusum was finally baptized on April 5, 1958, as Sister Nirmala. Though apparently affectionate and broadminded, her parents did not approve of her change of religion. It was not until two years later that they relented and accepted her in her new avatar.

Sister Nirmala studied law at the insistence of Mother Teresa, who often took her along during her foreign tours. She became the first assistant to Mother Teresa and, in 1979, the leader of the order’s contemplative wing meant for the nuns to dedicate their lives to meditation and prayer. She became the first superior of any house to be opened outside India, in Panama. Soon after, Mother Teresa asked her to start their missions in Europe and the United States.

In 2009, she was honoured with the Padma Vibhushan, the country’s second highest civilian award.

After Sister Nirmala relinquished her position, German-born Sister Mary Prema Pierick was elected to head the order for a period of six years. This March she was reelected as the Superior General of the MC.