Sister Of Sri Lanka Bombings Mastermind Arrested; Assets Of Bombers To Be Confiscated

Mohammed Zahran, the leader of the now banned, National Thowheeth Jama'ath (NTJ), was responsible for the Easter Sunday bombing at the luxury hotel, Shangri-La. 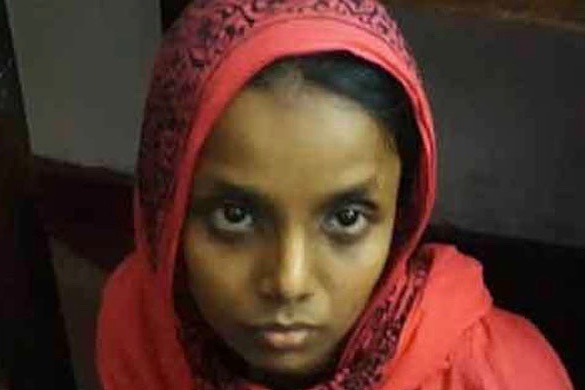 The sister of the Easter Sunday bombings mastermind Mohamed Zahran has been arrested in Batticaloa, even as the Sri Lankan government has decided to confiscate the assets of those involved in the April 21 bombing of Catholic religious sites, luxury hotels and other places.

Mathaniya Mohammed Hashim was arrested by Batticaloa police from her house in New Kathankudy for questioning on Thursday. Police found Rs. 20 lakhs in her possession, media reports said.

She said that Zahran gave her the money on April 12 before the attack.

Zahran, the leader of the now banned, National Thowheeth Jama'ath (NTJ), was responsible for the Easter Sunday bombing at the luxury hotel, Shangri-La.

Reports state that she had been asked to meet her brother in Colombo in a luxury hotel where he would then hand over the money which she would be told to use for NTJ activities in Batticaloa.

Madaniya is the only member surviving from the family of the NTJ leader.

Earlier, she had criticized Zahran and his actions.

Speaking to the BBC Sinhala Service, Madaniya had said: "I knew about his activities from media, and I never thought that he would do such a thing. I cannot think what will happen next... I totally oppose what he has done, and he is my brother, but I cannot accept this. I will not think of him later on. "

Zahran's driver,  Gafoor, was also taken into police custody a few days ago.

The NTJ, which was supportive of the Islamic State, was banned as a terrorist organisation following the Easter Sunday bombings.

Meanwhile, the Criminal Investigation Department (CID) has identified the assets of a large number of persons involved in the April 21 bombings and measures have been taken to confiscate them.

The property belonging to the nine suicide bombers and the suspects arrested by the CID will be confiscated, the Sri Lanka Mirror reported.

In addition to identify the other relatives of suicide bombers, the CID is conducting two separate investigations.

Police spokesman Superintendent of Police Ruwan Gunasekara said that steps have been taken to ban all such assets under the Terrorism Prevention Act and Money Laundering Act.

In a related incident, an individual killed in the suicide bombings at a house in Sainthamaruthu has been identified as Mohamed Rilwan, the brother of Zahran Hashim, Police said.

During a joint operation, Special Task Force and Police raided the Kattankudy house of the individual identified as Rilwan and recovered 4 suicide vests, 2 mobile phones, 2 ATM cards and several bank books. In addition, 4 photographs of Rilwan’s children, national identity cards (NICs) and other items were among the items discovered.

Rilwan’s mother-in-law and father-in-law were also taken into custody.

Rilwan and his wife were both killed in the blasts which took place at a house in Sainthamaruthu, Ampara District.