The actor termed the linking of his name to the entire controversy around the sacrilege cases and the subsequent firing incidents as unwarranted. He maintained that the allegations against him were baseless. 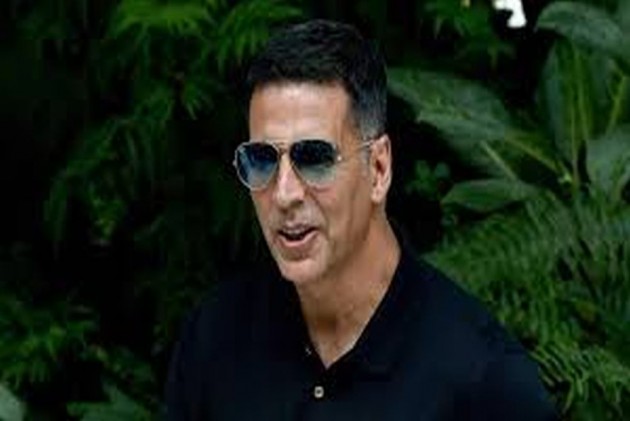 Inspector General (IG) Kunwar Vijay Pratap, who questioned the actor at the Punjab Police headquarters for nearly 35 minutes along with other SIT members, told media that the SIT was "satisfied" with the Akshay's answers.

"We asked him many questions. He was summoned as there was a chain of events that led to the sacrilege cases and the firing incidents in 2015. We wanted to ask him about those events. He gave answers to all our questions. We are satisfied with his answers," the IG told a news channel.

The questioning of the actor was video-recorded.

Akshay, who landed at the Chandigarh international airport on a chartered flight from Mumbai earlier in the day, drove to the high-security state police headquarters in Sector 9 in Chandigarh and appeared for questioning.

He remained inside the headquarters for almost two hours. When the questioning ended, Akshay was taken away in his vehicle through a side gate of the police premises to help him avoid the waiting media.

The SIT grilled Akshay about the alleged deal, his relationship with the sect leader and Badal. He was also asked if the Dera leader lived in the same locality (society) in Mumbai as his, police sources said.

The actor termed the linking of his name to the entire controversy around the sacrilege cases and the subsequent firing incidents as unwarranted. He maintained that the allegations against him were baseless.

Akshay apparently challenged the SIT officials to show evidence of the allegations against him and not go only by hearsay, an officer told IANS.

Dismissing the allegations, the 51-year-old actor said he had great regard for the Sikh religion and would never do anything to dishonour or hurt it.

Lawyer S.P.S. Sidhu, who accompanied the actor (but not during the SIT questioning) said Akshay was feeling hurt that his name was involved in the entire controversy.

"He has already stated that he did not arrange any meeting nor was he linked to anyone. He was wondering why he had been summoned in the first place," Sidhu told a regional news channel.

Earlier, while coming out of the Chandigarh airport, a visibly happy Akshay told the media in Punjabi: "Tussi vi aao, naal challo" (You too, come along)

The Punjab Police SIT, which is probing sacrilege of the Sikh holy book, the Guru Granth Sahib, and subsequent firing on protesters in 2015, had earlier in November summoned the 'Gold' actor as a witness.

Akshay had on Tuesday requested that he be allowed to meet the SIT officials in Chandigarh instead of Amritsar, where he had been originally asked to appear.

He was questioned about his alleged role in brokering a Rs 100-crore deal between the Dera chief, who was later convicted of rape and sentenced to 20 years in prison, and Badal in Mumbai in 2015 days before the release of a film of Gurmeet Ram Rahim.

Akshay has denied the allegations, terming them to be "rumours and false statements". "I have never ever met Gurmeet Ram Rahim Singh in my life, anywhere. I learnt from social media at some point that Gurmeet Ram Rahim Singh resided for a while at some place in my locality Juhu in Mumbai, but we never ever crossed each other's path," Akshay had tweeted after he was summoned by the Punjab Police.

On his part, Sukhbir Badal said earlier: "I have never met Akshay Kumar outside Punjab." Badal was questioned by the SIT at the police headquarters on Monday. He termed the questioning as a sham and alleged that the Congress government led by Chief Minister Amarinder Singh was indulging in "political vendetta".

The senior Badal said he told the SIT that he had not ordered firing on Sikh protesters agitating against the sacrilege incidents in October 2015.

Amarinder Singh had earlier said his government had no role in the summoning of the Badals and the actor by the SIT.

The SIT was set up by the Amarinder government in September to probe the sacrilege cases and the firing ordered on those protesting the sacrilege in October 2015 when the Akali Dal-BJP alliance government headed by Parkash Singh Badal was in power in the state.

Two persons were killed in the police firing in Behbal Kalan village near Kotkapura town in Faridkot district.