'Situation Worse Than Mahabharata's End Ahead Of India'

Markandey Katju's warning to the nation about the times to come 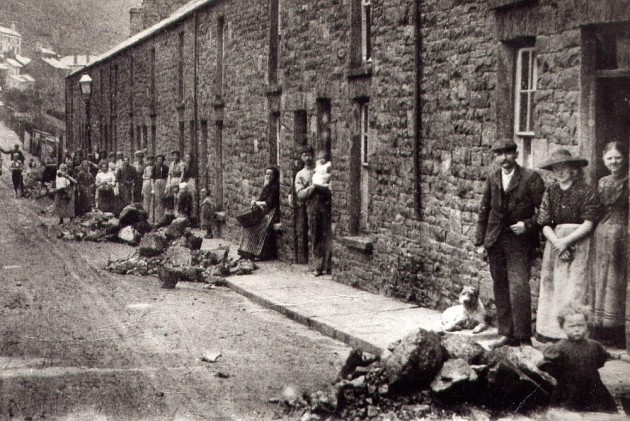 I do not wish to alarm or terrify you but only to tell you the truth.

The times which are coming in our sub continent will be so horrible that I, now 70 years of age, and have seen much in life, shudder to think about it.

I am reminded of Mark Antony’s speech in Act 3, Scene 1 of Shakespeare's Julius Caesar while he was before the corpse of the murdered Caesar:

"Domestic fury and fierce civil strife
Shall cumber all the parts of Italy.
Blood and destruction shall be so in use,
And dreadful objects so familiar,
That mothers shall but smile when they behold
Their infants quartered with the hands of war,
All pity choked with custom of fell deeds,
And Caesar’s spirit, ranging for revenge,
With Ate by his side come hot from hell,
Shall in these confines with a monarch’s voice
Cry “Havoc!” and let slip the dogs of war,
That this foul deed shall smell above the earth
With carrion men, groaning for burial. "

This was said of Italy in the past, but now it can be said of the coming times in India. There will be so much bloodshed and destruction ( my guess is that about 10% of the present population of India will perish) that when mothers see their slaughtered children's bodies they will only smile, and men, unable to stand the agony, will plead to be buried quickly.

It will be a situation 1000 times worse than that at the end of the Mahabharata war when the wailing Kaurava widows and mothers cursed Krishna for not preventing it.

Why do I say all this ? Let me explain.

Our national aim must be to create a new India, which is highly prosperous, highly industrialised, and with its people enjoying a high standard of living.

But there are two powerful forces acting against this, one domestic, and the other international.

India is presently passing through a transitional period in its history, from feudal agricultural society to modern Industrial society. At present we are neither totally feudal nor totally industrial, but somewhere in between. While we have achieved a certain partial level of industrialisation, we still have a lot of remnants of feudalism in our society in the form of casteism, communalism, superstitions, etc and have still to emerge as a highly industrialised country, as in North America and Europe.

A transitional period by its very nature is a very painful and agonizing period in history, full of turbulence, turmoil and bloodshed.

If we read the history of Europe from the 17th to 19th centuries, when Europe was passing through its transition from feudalism to a modern industrial society, we find that this was a terrible period in Europe, full of turbulence, wars, revolutions, chaos, social churning, and intellectual ferment, with all kinds of theories of Voltaire, Hobbes, Locke, Rousseau, Thomas Paine, etc, It was only after going through this fire that modern society emerged in Europe.

India is presently going through this fire. We are going through a very painful and agonizing period in our history which I think will last for around another 20 years.

For after all what is a transition in history ? It is a period when society is being turned topsy turvy, and is in a state of total confusion. The old feudal society is being torn apart and totally uprooted, and is being replaced by a new, modern society. Old values are being challenged and gradually destroyed, and supplanted by new values. As Shakespeare said in Macbeth "Fair is foul, and foul is fair ". In other words, what was regarded good earlier, e.g. the caste system, is now regarded bad (at least by the enlightened sections of our society ), and what was regarded bad earlier, e.g. equality, education of women, etc is regarded good. The whole of society is thrown into chaos and confusion. Defenders of the old order are being challenged by modern minded proponents of the new.

At present in India there are still a lot of remnants of feudalism in the form of casteism, communalism, and superstitious thinking. Vote bank politics proves this. A mighty struggle will have to be waged by all patriotic Indians, who will have to make great sacrifices, to combat feudal ideas and destroy the feudal remnants in our society, and replace them with modern, scientific practices and ideas.

Can all this happen without a great deal of turmoil ? No, it cannot. There will be fierce resistance by the champions of the old, feudal order, who dislike changes. One may wish that the transition is without any pain or turbulence, but unfortunately that is not how history functions. So the next 20 years or so in India is likely to witness a lot of turbulence, turmoil and bloodshed before the new, modern prosperous society is created.

The developed countries do not wish India to emerge as a powerful industrial giant ( for which it has all the potential, with its large force of outstanding engineers, scientists and technicians, and immense natural resources ), because if it does, it will become a powerful rival to their own industries. Presently, the developed countries are reeling under an economic recession since several years, and if India becomes an industrial giant, that will add to their woes. So they will do their utmost to prevent it.

Presently India is the biggest purchaser of foreign weapons, spending billion of dollars on them, money which could be used for the welfare of our own people. But if it becomes highly industrialized, it will manufacture its own arms. What, then will happen to the super profits which the foreign arms manufacturers are making presently ?

So the developed countries will do every devilish thing to prevent this. They will instigate caste and communal hatred and violence, acting through their local agents, their running dogs ( as the Chinese would say ), and even try to bomb our country into the stone age, as the Americans tried in Vietnam, and the Russians in Afghanistan.

It is only a genuine revolution ( not the fake Gandhi type ) which can save our country. But historical experience has shown that about 10% of the people are killed in a revolution. For instance, at the end of the Chinese Revolution in 1949, the Chinese authorities made a rough calculation of the number of people killed in the Revolution ( which lasted from about 1924 to 1949 ), and found that about 10% of the Chinese people ( 500 million at that time ) had been killed in it. The Vietnamese people suffered 3 or 4 million deaths, out of the total population of about 40 million at that time ) in their revolution.

A genuine revolution witnesses a civil war, and a civil war is a terrible thing. All rules of combat, e.g. of the Geneva Conventions, are cast aside in such a war. It is a dirty, grisly war, often a war in the shadows, in which even innocent civilians, including women and children are not spared, Events, such as the terrible things which happened during the Spanish Civil War, in the Shanghai and Nanking massacres in China, and in Mylai in Vietnam, are common occurrences in such a war.

People will get so accustomed to seeing horrible deeds in such a war that, as Shakespeare said, mothers will only smile on seeing the dead bodies of their slaughtered children, and men in agony will plead for a quick burial.

What forms such a civil war will take cannot be foretold with any degree of accuracy, but events in Kashmir, which are still developing, give an indication.

I am sorry to paint such a scary picture, but unfortunately that is how history functions, and it is time someone told you the truth.