"The minor boys hail from Kaithal (in Haryana) and Uttar Pradesh. Both have been handed over to the District Child Protection Officer," said Haryana's Information and Public Relations Department Deputy Director 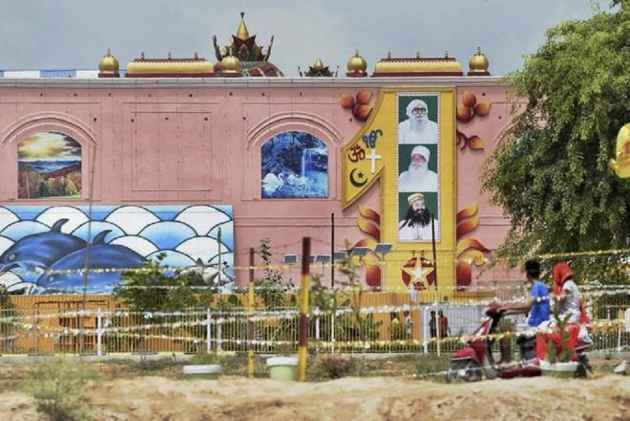 Security forces with help of Haryana administration rescued five children including two minors at the Dera Sacha Sauda headquarters in Sirsa, during a search operation on Friday.

"The minor boys hail from Kaithal (in Haryana) and Uttar Pradesh. Both have been handed over to the District Child Protection Officer," said Haryana's Information and Public Relations Department Deputy Director, Satish Mehra, who has been authorised by the administration to speak to the media.

The 'gufa' was inspected by the forensic experts from IIT Roorkee as part of sanitisation of the sprawling 'dera' campus here, an official of the Haryana government said.

According to the rape victim, on whose complaint the dera chief was convicted by a CBI court on August 25, Ram Rahim would sexually exploit girls in the 'gufa', said to be his residence.

A large number of security forces and district authorities on Friday began a massive ‘sanitisation’ exercise at  Dera headquarters in Sirsa, Haryana. It has been learnt that 41 Paramilitary companies, 4 Army columns, Police of 4 districts, one SWAT team, one dog squad and bomb squad deployed for the search operation.

Last month, Ram Rahim Singh was sentenced to 20 years in prison in connection with two rape cases. Following the conviction by a CBI court in Panchkula, large-scale violence broke out leaving 35 people dead. Apart from it, six others had died in incidents of violence in Sirsa, according to reports.

The entire sanitisation process at the Dera headquarters is underway and is being overseen by retired District and Sessions Judge, A K S Pawar, who was appointed as court commissioner by the Punjab and Haryana High Court on Tuesday.

The search operations have led to the finding of explosives and fire crackers from inside the Dera premises. An explosives factory inside the premises has also been sealed.