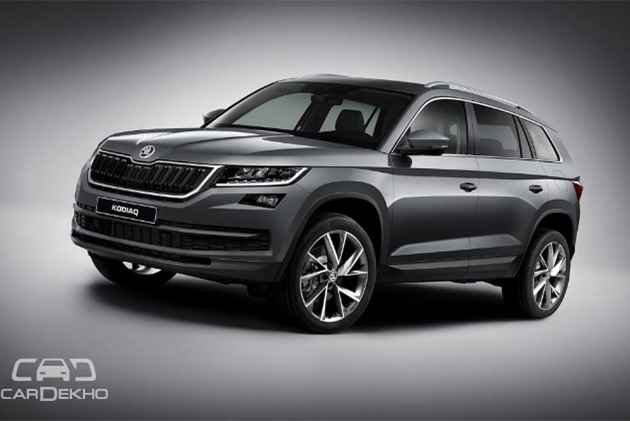 Have you been eyeing to buy an SUV around the Rs 30 lakh mark? Well, the list of choices available will soon have a new addition in the form of the Skoda Kodiaq. The Czech carmaker has announced that it will be launching its first ever seven-seater SUV on October 4. The event will be Skoda’s fourth for this year, after launching the refreshed Octavia, Rapid Monte Carlo, and its most powerful car in India, the Skoda Octavia RS.

Powering the SUV will be the tried and tested 2.0-litre TDI engine that, in one tune or another, also does duty in the Superb, Octavia and Volkswagen Tiguan. In the Kodiaq, it will be tuned to produce 150PS of power and 340Nm of torque. Transmission duties will be handled by a seven-speed DSG unit, which will also feature various drive modes and paddle shifters. The engine’s grunt will be transferred to the road via an all-wheel drive system, which in normal conditions will be front-biased.

As you’d expect, Skoda isn’t going to hold back on the features front with its flagship product. The Kodiaq’s safety features list will include 9 airbags, multi-collision braking system and a fatigue alert system. Some of the creature comforts will include an 8.0-inch touchscreen infotainment display with Apple CarPlay, Android Auto and MirrorLink support (lifted straight from the Superb), three-zone climate control, electrically adjustable driver’s seat with memory function, electric tailgate, panoramic sunroof and 10-colour ambient lighting like the Octavia.

Once launched, it will take on the likes of the Ford Endeavour, Toyota Fortuner, Mitsubishi Pajero Sport, Isuzu mu-X and its German cousin, the Volkswagen Tiguan. Pricing, of course, will be a key factor to decide its fate. We expect that, even in its fully loaded trim, it should not cross the Rs 35 lakh mark.