The compact SUV will follow the VW T-Cross’ reveal later this year. In India, it will rival the Creta, Renault Captur and the updated Duster 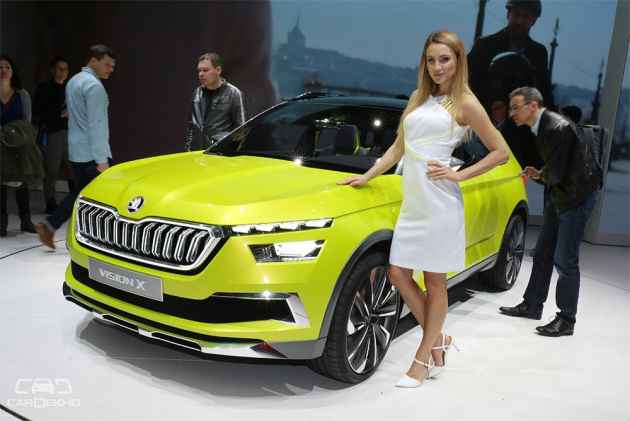 Skoda has announced that the production-spec model based on the Vision X compact SUV concept will be revealed at the 2019 Geneva Motor Show in March. For those unaware of it, the Vision X concept, which previews Skoda’s first ever compact SUV, made its debut at the 2018 Geneva Motor Show. The production-spec model will have a different name though.

A March 2019 reveal means that Skoda’s compact SUV will follow its Volkswagen cousin, the T-Cross, which will see the light of day at the end of this year. The T-Cross’ concept was revealed at the 2016 Geneva Motor Show whereas Skoda showcased the Vision X at the same venue two years later. Both the production-spec SUVs will underpin the smallest version of VW Group’s MQB (Modularer Quer Baukasten a.k.a Modular Transverse Matrix) platform, the MQB-A0.

These offerings are a part of the upcoming range of SUVs from Volkswagen and Skod. While Skoda’s  offerings will include the Vision X-based SUV, Karoq (Yeti’s replacement) and the Kodiaq, Volkswagen's T-Cross compact SUV will sit below VW’s yet-to-be-revealed global midsize SUV and the Tiguan. While some of them are already on sale in the country, the others are expected to be launched here in the near future.