In a long Facebook post on Wednesday, Sakina Bootwala, 19, said Reuben "initiated sexting" shortly after they interacted on a social networking site in 2015. 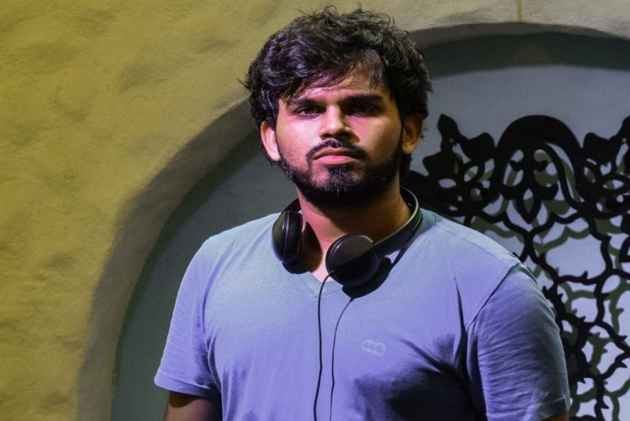 Shamir Reuben, 25, a renowned slam poetry star in Mumbai, has been accused of sexual misconducts by women on social media platforms. They have alleged that Reuben posted vulgar messages and asked them to send their nude pictures.
In a long Facebook post on Wednesday, Sakina Bootwala, 19, said Reuben "initiated sexting" shortly after they interacted on a social networking site in 2015. But she's only now come out with her allegations because, she said, "With the whole Weinstein thing and people speaking out so much, I thought it was high time that we stop his (Reuben's) hypocrisy - he posted something in support of the #metoo campaign. It's high time he got called out on (his misconduct)."
While talking about Shamir she said, "an extremely well-known face of the community, who speaks about women empowerment, equality and pretty much all the other relevant social issues there are, is a closet predator who preys on young, naive girls, of whom a lot were minors when he sexted them, coerced them into sending him nude pictures, and in some cases even forced himself on them."
Mumbai Mirror reported that Bootwala was 16 at the time. She followed up her story with a Facebook post of sexual misconduct accusations from other women against Reuben, claiming as many as 30 had got in touch with her following her Facebook post. Many of these women have recalled and stated incidents which took place about two or three years ago, when they were allegedly minors, and too naive to even understand that they were being harassed through sexts.
"I knew of three others who had similar experiences with him and I realised there were others who weren't speaking up because he's such a popular figure…Reuben came across as a sweet guy. A lot of people I knew were talking to him and, at that point, I didn't think of it as an issue. I thought we could be friends," Bootwala told Mumbai Mirror, adding that "he started off with a compliment. Then the conversation became a little uncomfortable..."
A 23-year-old resident of East Marredpally in Secunderabad, told Deccan Chronicle: “I was close to Shamir and in light of this controversy, I scrolled through our old texts and saw a pattern that all the complainants were alleging.”
“Once during a party, we pecked each other on the cheek because of a game and he texted me then asking me if he could do it again. I was 16 then. When I was complaining about having put on weight, he told me that I haven’t and that he would hide in the bushes to watch me swim. He would keep asking me to visit him in Pune so that he could hug and kiss me.”
Reuben, however, on Thursday issued a statement denying any wrongdoing.
"I genuinely do not believe my messages or actions would cause them hurt, and I sincerely hope that I can be forgiven by all those that I may have inadvertently wronged," he wrote in a lengthy post on Facebook,
He added: "Several things said are an incorrect portrayal of past events during 2013-2016, and the messages shared form part of longer conversations."
On Thursday Kommune, a performance arts collective founded by actor Roshan Abbas, TV anchor Gaurav Kapoor, and musician Ankur Tiwari — where Reuben is head of Content and Social Media — issued a statement saying they were suspending him pending an enquiry into the allegations.
The police have said a case can be booked under section 67 of the IP Act i.e sending obscene messages or 509 IPC i.e. insulting the modesty of a woman.