Movies like Udta Punjab should be screened — without nips and tucks — because they highlight the living hell of Punjab. 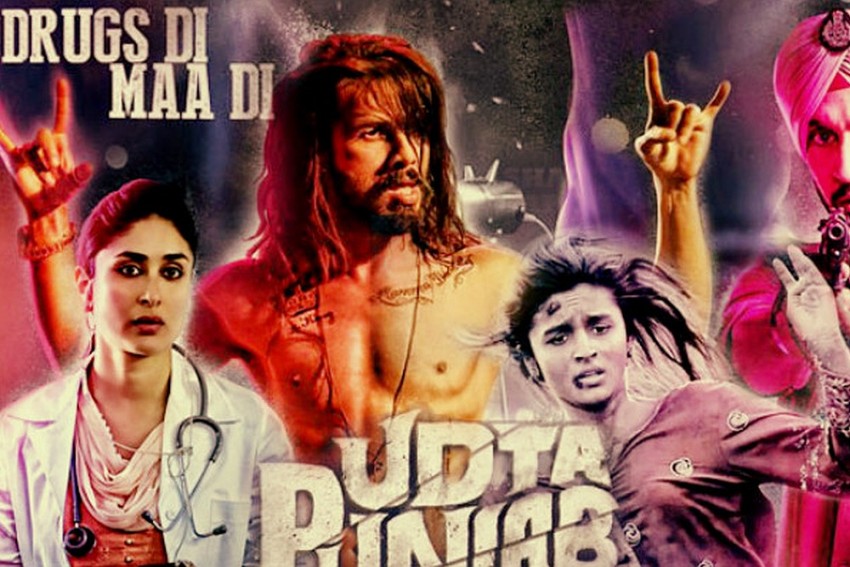 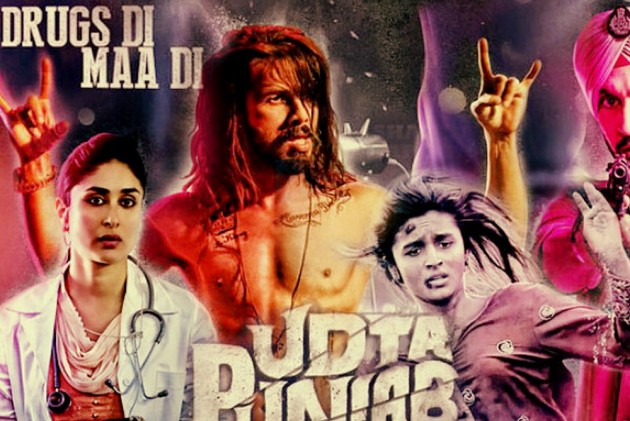 In 2014, shortly after the Lok Sabha election results, I was curious to see what had happened to Punjab's drug-related crisis and a much-hyped government crackdown that followed. According to reports, the Shiromani Akali Dal-Bharatiya Janata Party (SAD-BJP) coalition government had begun to take the issue seriously after drug trafficking resurfaced during the campaign.

The focus was on Moga district, home to the Badals, who lead the SAD. Reports claimed that entire villages had turned into drug dens and a huge number of youth were addicted to drugs, especially heroin or brown sugar. Armed with a camera, I made a road trip down to Amritsar and Tarn Taran districts, both of which border Pakistan.

It is believed that the opium was grown and processed into heroin by the Afghan Mujahideen outfits (and later by the Taliban) to fund their activities. The northwestern provinces of Pakistan (mostly Federally Administered Tribal Areas, FATA) is also home to similar groups and a large part of the operations are believed to have been shifted there over a period of time. It is a well-documented fact that drugs have, for long, been a source of finance for these groups. (A kilogram of heroin costs in the region of Rs 4 crore in the international market)

The heroin is smuggled in very interesting ways across the Indo-Pak border, which is mostly fenced. The smugglers also make innovations from time to time. A common way is to stuff the heroin packets (tied together with string) in plastic/PVC pipes, which are slung across the high fences. The payout for each step of the process is huge. Getting it from the border to the village yields a lakh of rupees, transporting it to a city is yet another lakh and so on. The route and techniques have been handed down from the days of the Khalistan insurgency in India. Weapons and gold have changed to heroin.

I spoke to people who were involved in the trade, many who are addicted to it and investigators. A small portion of the drugs remain in Punjab and Delhi, while a bulk of it lands in different seaports of the country, from where they are smuggled abroad.

The police had picked up many drug users and charged them with the petty offences under the Narcotic Drugs and Psychotropic Substances (NDPS) Act. There was a minor scarcity in towns due to the raids before and during the elections. Many people voluntarily checked into the hundreds of hole-in-the-wall drug rehabs and detox centres in Punjab. There are several government-funded rehabs as well — these were overflowing with junkies looking for temporary shelter from the street and an 'oil change and servicing' before they hit the streets again.

Locals in Amritsar say that the drug trade is run by the Canada-based mafia of Punjabi origin. Police officers are highly complicit in the drug trade — the profit margin is high and piles of cash can be made overnight. A few months ago, a police officer's official vehicle was allegedly used by terrorists to sneak across the border into the Pathankot military base. The same route — through khooni nala — is used to traffic drugs. Former police officer, DSP Bhola, also awaits trial for running a meth lab in the state and for helping drug runners smuggle heroin. He stepped out of line once and burst out that deputy chief minister Sukhbir Singh Badal's brother-in-law was also involved in the trade.

The drug situation is so bad in Amritsar that the BJP's Arun Jaitley lost by a huge margin in that constituency to Captain Amrinder Singh of the Congress despite the 2014 Narendra Modi wave.

After my detailed report, many people had gotten in touch with me. Besides the usual reactions, there were a huge number of reporters who wanted to chase the story. Some approached me with ideas to film documentaries, some interviewed me for documentaries, some wanted to make films and one even approached me to create a web series. I had no experience in any of these mediums but said I could assist in the projects. Some of these projects were shelved, some of them didn't take off and one is a long-term venture.

I spoke with some of the people who discarded their plans. At least two of them told me that several funders they approached had initially been extremely keen and in one case, the paperwork had also been drawn up. Later, the funders dropped the projects without warning. Only of them admitted that there was a lot of political pressure on doing a film on drugs in Punjab.

This is where the ongoing fiasco of Abhishek Chaubey-directed Udta Punjab comes in. The drug menace has crossed the danger mark in Punjab. Where you would see farmers heading to fields in the villages, you see them in various stages of withdrawal symptoms as they crawl to the drug peddlers. The price is high and that requires them to also participate in the drug trafficking. If Udta Punjab is indeed as hard-hitting and incisive, such a film should be a mandatory watch for all.

There might even be a strong case to do away with any form of age restriction when it comes to a film or message about drugs because children do not know about drugs and its real impact. By the time they progress to heroin, they have already tried 'softer' drugs such as grass and hash, most of which have some sort of social acceptability in India despite being illegal. There are a huge number of children on the street who turn to sniffing industrial adhesives and clear spirits to escape their reality of extreme abuse and hardships.

The world of drugs is extremely dirty. Women and men sell their bodies for a fix, children steal and beg, parents forget their families and politicians forget their ideology. The problem has been so bad for so long that we have decided to sweep it under the carpet.

Every June 26, there is a meek show of solidarity with the 'War Against Drugs' on the International Day Against Drug Abuse. NGOs organize a few events, where the government attends and makes a few promises and offers ill-informed suggestions of how to tackle the issue. The government itself should fund hard-hitting films on drug addiction, abuse and trafficking since it has given up on busting up the real drug rings instead of trying to censor or block information that is crucial for a dignified survival.

What Does One Say After Saying Hello?