Should rummy be called a game of chance? Or is it a game of skill? 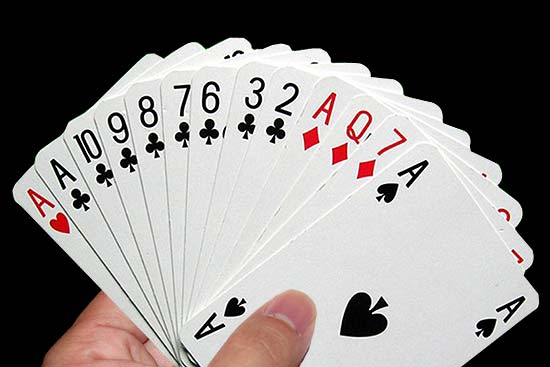 Legal systems distinguish between games of skill and chance. Huge sums ride on these somewhat arbitrary distinctions. Games of chance are banned in many places. Some jurisdictions allow some forms of chance and ban others. Lotteries and betting on horse-racing are legal in India. Rummy is defined as a game of skill.

But you cannot bet on cricket. Cricket has a random element baked in by the toss. Should it be called a game of chance? It is legal to be paid to play skilfully to win a cricket match. But it is not legal to use skill to bet on the better team. Go figure!

Chess is a game of skill. But the Ayatollahs banned it because it may be an "instrument of gambling", meaning results can be wagered on. Of course, that logic can be used to ban almost anything. It was a criminal offence to play chess in Iran between 1979-1988 and the ban was lifted only after Khomeini decided chess was a game of skill.

Bridge is another game of skill. But Pakistani-born world champion, Zia Mahmood, relates horror stories of bridge players being beaten and arrested as gamblers. Playing bridge involves being dealt cards and cards cause kneejerk reactions.

Yet in tournaments, "skilful" chess involves chance than "chancy" bridge. Tournament bridge has the same (computer-generated) deals played out many times, at different tables. Results are compared. To win, a pair or a team of two pairs must do better than others who hold the same cards. The format eliminates luck.

In chess, there is an advantage to making the first move, as white. Over millions of games, white has scored about 56 per cent. In a tournament with an uneven number of rounds (say a 10-player round robin where everyone plays nine games) playing more whites is an advantage. Clearly, luck plays a part in colour allocation.

There are some bridge situations which illustrate an unusual principle that is easier to explain by describing a different game that has foxed many people, including the mathematical genius, Paul Erdos.

A TV host named Monty Hall used to show contestants three closed doors on a stage. One door hid a car. Two doors hid live goats. The contestant would be asked to choose a door. Hall would then open one of the other doors, showing a goat. He would ask if the contestant wanted to switch to the third closed door, or stay with the original choice.

Is a switch correct? Yes, assuming the host knows which door hides what. Two out of three times, the switch wins a car.

The contestant has an initial one-in-three chance of picking the door with the car. In that case, the switch loses. But the contestant will pick wrong initially, two out of three times. In those cases, the switch wins because the host must open a door with a goat. (If the host doesn't know, he would reveal the car one time out of three)

Bridge players call this a situation of "restricted choice". The logic of the strategy was hotly contested by many mathematicians, who said a switch would be 50:50 because they did not cater for restricted choice. Erdos accepted the answer only after seeing computer simulations.

Would you consider this a game of skill or chance? Bridge players often face analogous situations of restricted choice. The defenders (whose hands are hidden) may hold two adjacent key cards like Queen and Jack of a suit, along with two small cards in that suit. Here, the Q,J have equal value. If Q,J are in one hand, the declarer needs to be played one way. If not, the declarer must play another way.

Applying restricted choice, it is likely that the defender holds only the card already played. With both Q,J, the defender could also have played Jack. (A good defender with Q,J will use a "mixed strategy" and sometimes play Q and sometimes J).

The principle of restricted choice applies to the Monty Hall game, and to some bridge (and poker) situations. But quirks in our thought processes may lead to us forgetting when it applies. Similarly, some quirks in our moral conditioning encourage us to make artificial distinctions between games where both skill and chance are involved.