Social Media An Example Of How Technology Is Being Used To Join, Bend And Break Our World: PM Modi At WEF

PM Modi is the first Indian Prime Minister to attend the session in Davos in 20 years. 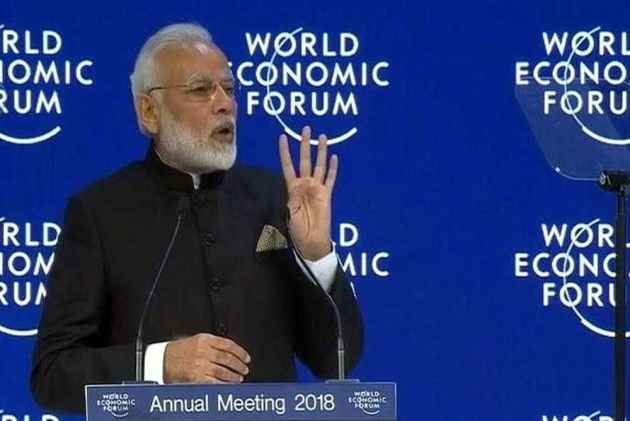 The Prime Minister was delivering a keynote address at the opening session of the World Economic Forum's annual meeting in the Swiss mountain resort of Davos.

"Today, data is a real wealth and it is being said that whoever acquires and controls the data will have hegemony in the future. The global flow of data is creating big opportunities as well as challenges," Prime Minister Modi said.

He added that technology-driven transformation has been deeply affecting people's way of thinking, working, international groups, politics, and economy.

He made this remark while underlining the importance of technology in today's era.

Talking about social media, Prime Minister Modi said, "The example of breaking, addition, and twisting of technology is being seen in the form of social media."

He also made a comparison between World Economic Forum meeting in 1997 and 2018.

"In 1997, India's Prime Minister H.D. Deve Gowda attended the WEF meeting in Davos. That forum's vision was about building of network society. Then there was no Euro; very few people knew about Osama bin Laden; Google was not invented, if someone would search Amazon on Internet then search results would throw information about rivers and forests. Tweeting was the work of birds," Prime Minister Modi said.

He added that the theme of this year's WEF is 'Creating a Shared Future in a Shared World', which means "creating shared future in a fractured world".

"The balance of economic strength and political power is changing due to new changes and new powers," Prime Minister Modi added.

Earlier, the Prime Minister got a standing ovation as he arrived at the venue. (ANI)