15-Year-Old Cancer Patient Pens Down Book To Inspire Others

Taiyyab has spent the last six months of his life at the chemotherapy ward of Lucknow's Sanjay Gandhi Postgraduate Institute of Medical Sciences (SGPGI) fighting a rare form of blood cancer. 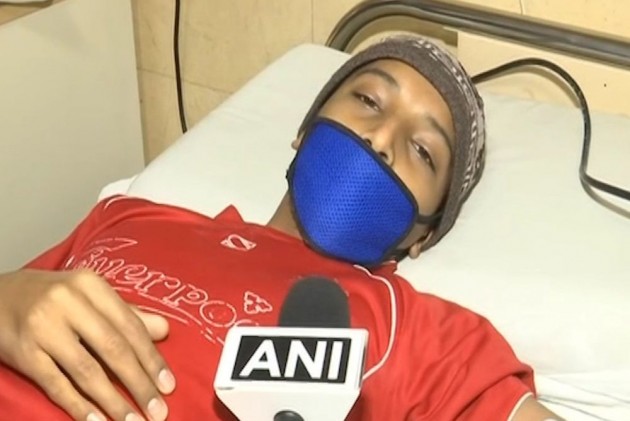 Taiyyab has spent the last six months of his life at the chemotherapy ward of Lucknow's Sanjay Gandhi Postgraduate Institute of Medical Sciences (SGPGI) fighting a rare form of blood cancer. However, that has not deterred the youngster from looking stoically at his condition and turning it into a story of surgical strikes against dreaded monsters that is the disease.

The youngster, in his story, has turned his body into a kingdom and the disease as fiends that have attacked it. The story chronicles the course of the disease and doctors who have been turned into commandos, who are fighting the dreaded disease monster for months.

According to the 15-year-old's story, the kingdom of Taiyyab was a prosperous one till seven months back, when suddenly it was attacked by a monster named diarrhoea. Within three days, the king of Leukaemia too launched a missile attack on Taiyyab using lymphoblastic missiles.

At that time, Taiyyab sought help from a smaller kingdom called Pratibha Nursing Home, where the latter advised to seek help from the SGPGI State of Lucknow. The supreme general of PGI State, Dr Sonia Nityanand gave a command to Dr Syed, Dr Sanjeev and Dr Sujit, to protect Taiyyab State and since then all the commanders are fighting together to protect it.

On being asked what prompted him to turn his condition into the story of surgical strikes, Taiyyab said, My younger brother wants to be a commando. He keeps on talking about the Army and inspired by his stories, I have turned my treatment into the story of Army strikes and battles.

Dr Anshul Gupta, who is treating Taiyyab at SGPGI on his part, is quite impressed with the young patient.

He knows he has a deadly disease, but he is fighting and has not slipped into depression, unlike others,ÂÂÂ says Dr Gupta adding, His imagination is great and I appreciate his comparison of the disease to surgical strikes, doctors to commanders and medicines to bullets in fighting the enemy.

He further adds that the Prime Minister and the Chief Minister's funds too have contributed in a major way to the youngster's treatment, which would otherwise have had been difficult for the family.

As for the young fighter himself, ask him what he has to say to people undergoing similar treatments, he says, No one should lose hope or strength. There will be moments of despair, but whoever comes here for treatment, goes back better. Even I was in a bad state when they brought me here, but now I am much better.

Not done with just one story, Taiyyab says he would love to write Part 2 to his book as well.