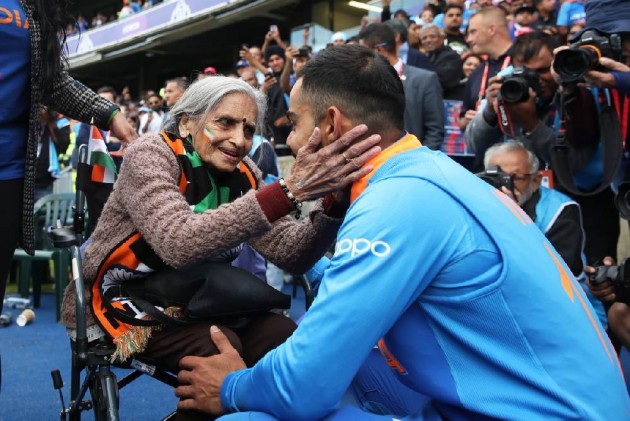 Age they say is just a number. But it is a number that carries a lot of weight. Lively pictures of 87-year-old Charulata Patel cheering for the Indian cricket team flooded the internet on July 2. Ms Patel became an instant star, stealing the limelight from our much-loved cricket players for a change. There was something very endearing about the tricolours painted across her wrinkled face, a woollen sweater draped across her frail shoulders, and her wide smile. We had none other than Captain Virat Kohli and Rohit Sharma who went up personally to seek her blessings, and Anand Mahindra who promised her free tickets to the next match. She must consider herself lucky. But so many others at her age are not.

Ageism is a deep-rooted prejudice that we tend to take for granted. Very simply, it means stereotyping and discrimination against people on the basis of their age. Look around, it is everywhere. In the entertainment and fashion business, age-related discrimination is obvious, even in the corporate sector hiring trends suggest a bias in favour of those who are young. Advertisements relating to travel usually imply that it is the young who go on vacations, while the old go on pilgrimages. Getting an insurance policy is tough, as is getting a loan. And heaven forbid if we mention the possibility of interesting sex life. All marketing and consumerism is built around the need to fight age. Why should 50 be the new 30? 50 can be sexy at 50 in itself.

There is so much hype and expectation around India’s youth. We are told that 50 per cent of our population is under 25 years which puts our country at an advantage, and brings the tantalising prospect of our economy reaping a demographic dividend. But what about all the latent experience and talent of those who are older? We rarely talk about that.

Two billion people will be over the age of 60 by 2050. Majority of which will be in the developed nations, but it is only a matter of time for us. Prejudices like casteism and racism get a lot of attention. But ageism is now so deeply embedded in our culture that more often than not, we don’t even notice it. Yes, there are off times where extreme cases of neglect, torture or mistreatment of parents and grandparents make headlines. The Assam government recently made it compulsory for government employees to take care of their aged and dependent parents or lose a part of their pay. There is also a national policy in place, but compliance is weak. These are half-hearted measures. There must be more.

The Indian constitution bars discrimination on the basis of gender, race, religion, caste…but there is no mention of age. There are barely 1000 old age homes in India. There is a pervasive sense of inequality and intolerance that exists in day to day life, that impacts the mental and physical well being of those who face it. Research shows that lifespans can be shortened by over 7 years because of a negative attitude to ageing.

As a society, we seem to have internalised ageism. The most common form of discrimination has been normalised. This must change. Inter-generational conflict is inevitable. The fact is that the young who have more disposable incomes will be a more lucrative segment. But despite the various economic and social constraints, we need to watch our attitudes and our language. There must be a more active and positive conversation around age.

In India, we have grown up with stories from the Ramayana, where Shravan Kumar, the ideal son carries his blind parents on a pilgrimage. Respect and duty towards our parents is an intrinsic part of our culture. We need to hold onto it more strongly. The love and cheers that Charulata Patel received was not just because she was an enthusiastic cricket fan, but because she was an enthusiastic 87-year-old cricket fan. She broke through a stereotype, and India saluted her for that. There must be so many like her, crossing boundaries, breaking free, with a zest of life, wanting to make a difference, who are both, capable and experienced. The older generation is not weak, they can be our source of strength. We should continue cheering for them.