Many artists from Afghanistan having fled the country seek refuge in India. 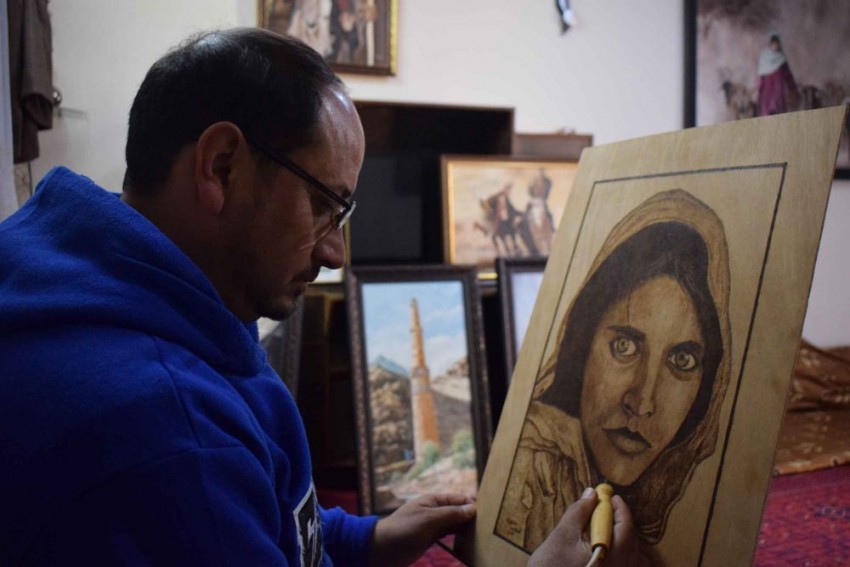 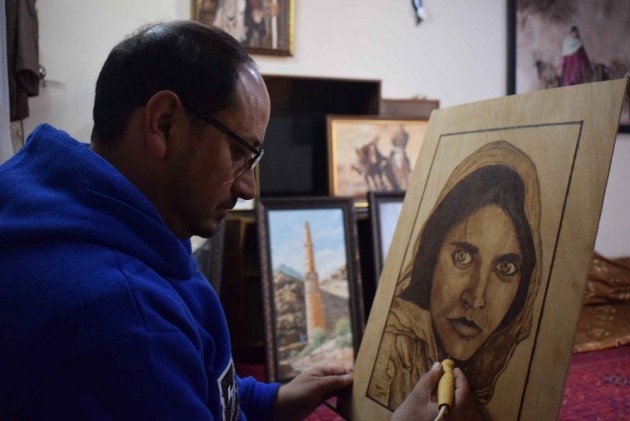 It was the bitter cold month of January when Oman Neyazi arrived at Delhi. The memories of whizzing bullets, detonating bombs and ruined houses were still like fresh wounds which the 48-year-old carried from his distressed life in Kabul. The life ahead was uncertain but staying back at home wasn’t an option.

Delhi was a distant place Neyazi hadn’t dreamt of. Only deep ravines, vast terrains and spread mountains doted his imagination. He feared claustrophobia.

But what could be more ironic that he now spends his life in the labyrinths of Old Delhi?

Oman is a journalist-turned-artist who makes wheat straw and sawdust paintings as effortlessly as he weaves rhyming lines to describe the throes of agony left by his war-ravaged beloved homeland.

And I want
This story
To be written on blue rose petals
In a night washed by rain
And I wish
People will stay awake
Till morning
to read this tale.

For a man who lived his entire life in the valleys wedged between Hindu Kush mountains, living in a two-bedroom apartment in one of the cramped spaces in a ‘foreign land’ with ‘foreign’ people is irking. If not for Oman, it is for his twelve-year-old daughter who has some tender memories of her childhood.

His family is among 14000 refugees from Afghanistan who have fled to India- with majority of them living in the national capital.

He has rented a small space at Ghalib ki Haweli- residence of Mirza Ghalib during the last years of his life- and uses it as an art gallery. As literature lovers frequent Ghalib ki Haweli, it is very difficult for them to turn their gazes away from exquisite straw patchwork portraits of Tagore, Mir and Ghalib. Ghalib’s life in Delhi was full of hardships as the entire country was under political turbulence. Eventually, Ghalib’s house couldn’t become his home. Oman faces a similar crisis. “It can be no mere coincidence that life has taken me to the ruins of Ghalib. We both have been abandoned by our own people” he laments, with exasperation quite discernible in his eyes. 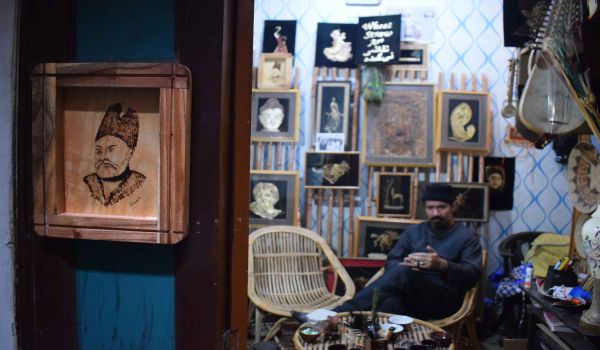 The violence in Afghanistan and the re-emergence of Taliban has forced artists to flee the country. Neyazi believes the atmosphere in the country is not cordial for artists. “It had become extremely hostile for artists to sustain in Kabul,” he says.

Despite feeling betrayed by his country for not being receptive towards his art, Neyazi continues to carve out landscapes of his beloved land by painstakingly splitting the straw and then applying heat of varying degrees to its glossy surface, creating artistic expressions.

Recreating memories is what art does. Neyazi uses his art form to celebrate the memories he carried from Afghanistan. "Migration has taken a toll on me. I only want to imagine and draw Afghanistan, its landscape, people art and culture. But people here are not interested in buying work that depicts the beauty of Afghanistan.”

He has now resorted to indulging in themes that portray Indian motifs culture and subjects. “I need to earn money to make my both ends meet,” he says.

So, slowly, portraits of Prime Minister Narendra Modi, Mahatma Gandhi and several Indian celebrities have started to replace Afghan nomads and pastures on the walls of his small gallery. 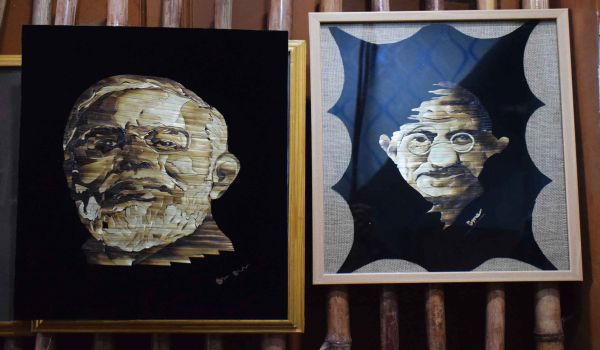 Not very far away from those portrait-laden walls of Neyazi’s gallery, Akbar Farhad fiddles through the photographs he had carried from Afghanistan. Farhad is another artist from Afghanistan who migrated to Delhi in 2017 after facing life threats from Taliban.

Farhad, a doctor by profession, has been painting for the last three decades and was widely revered for his paintings in Afghanistan. He points out to a directory of Afghan artists compiled by UNESCO where he proudly locates his name among the list of artists. “I left my profession to concentrate on art. I like painting oil on canvas.”

He also uses technique of wood burning and knife painting to draw exquisite patterns and artistic expressions, which culminate into beautiful landscapes and subjects- withAfghan Girl being his most prized one.

The Afghan Girl - portrait of an Afghan refugee Sharbat Gula in Pakistan- became the human face of Afghan crisis and a symbol of defiance in adversity in mid-1980’s. 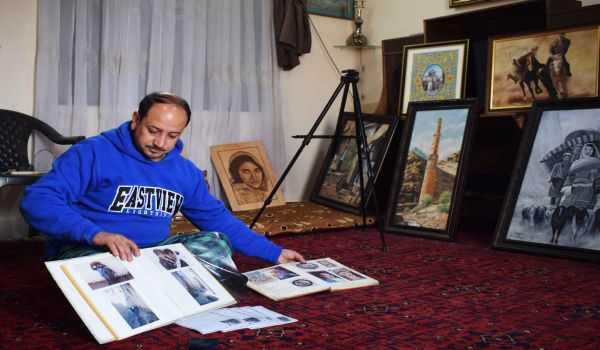 Before migrating to India, Farhad spend quite a few years working in Pakistan. He migrated to Pakistan in the early 2000 and lived in the country for a decade exhibiting his works in Rawalpindi, Peshawar and Islamabad. “I also simultaneously worked with American Army for eight years. I used to make paintings for them apart from providing coaching to students in Islamabad and Rawalpindi,” he says.

Sniffing a chance to come back to his country, after a short lull in violence after 2010, Farhad returned to Afghanistan. But soon things turned unfavourable. The fresh violence and subsequent threats to artists forced Farhad and Neyazi among many others to flee to India- leaving behind plethora of their work behind. “Count that as destroyed,” Farhad rues.

Memories often act as documents of cognitive resistance. With repository of photos from Afghanistan, which he hurriedly put in his bag whilst leaving for India, Farhad tries to replicate the imageries from those photographs in his work. His drawing room-turned-gallery decorated with frames of Afghan nomads, their livestock and rural settings depicts the yearning to stay connected with the roots.

Though things were never favourable, Farhad has found reasons to smile. “The situation is good in India. There is peace. The children are also happy here”, he says with a faint smile donning his face. As he talks with his two children sitting aside him, a knife-carved painting of the Bamiyan statues of Buddha hangs beside him on a wall - a genteel reminder of the beautiful and culturally rich country Afghanistan once was.

What Is #BirdBox Challenge, Why Netflix Issued A Warning Telling People Not To Try It