On the serving of the 3rd billionth meal, we look back at Akshaya Patra’s history. 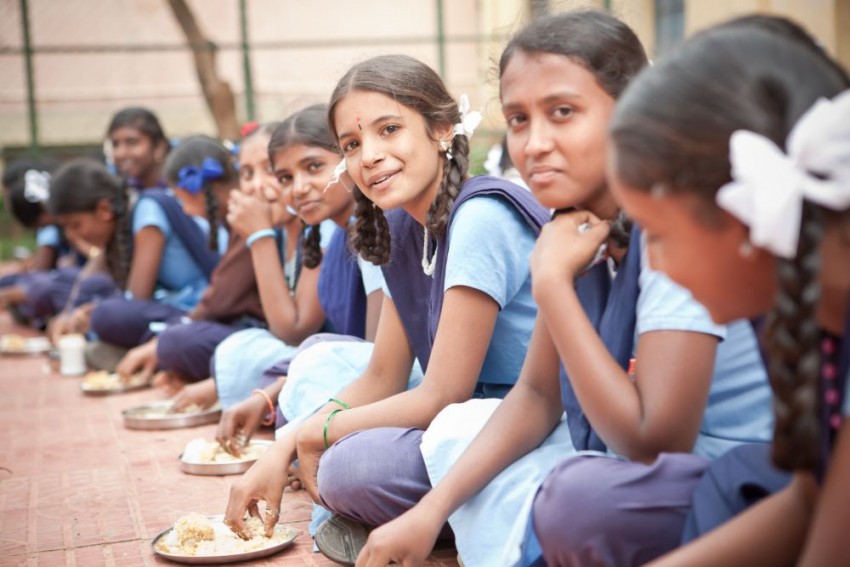 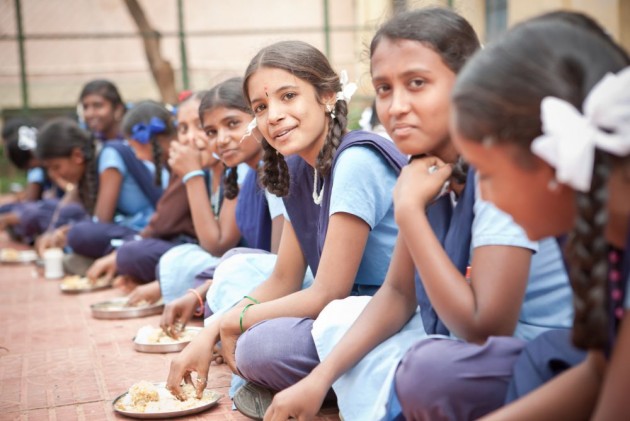 A line of oversized stainless steel tiffin boxes, stand in row, filled with hot food, waiting to be loaded into an insulated van, that makes sure that the food remains hot even when it reaches a school at least 60 kms away from the kitchen. A foundation that began in 2000, by serving mid-day meals to 1,500 children across five government schools in Bengaluru, Karnataka, now serves over 1.75 million children, in 14,702 schools across 12 states in India every day now.

A perfect amalgamation of a public-private partnership, the Akshaya Patra Foundation, derived from the Sanskrit word for “inexhaustible vessel” was started in 2000, when one day while looking out of a window in Mayapur, near Calcutta, Srila Prabhupada, the founder of International Society for Krishna Consciousness (ISKCON), saw a group of children fighting with stray dogs over food. Deeply moved by this incident, he resolved to ensure that no one within a 10-mile radius of any ISKCON should go hungry.

Addressing the most immediate and important needs of India-hunger and education, Akshaya Patra with the driving statement “No child is deprived of education because of hunger”, has achieved numerous milestones over the past 19 years, 3 billion meals being the most recent one.

Being a non-profit organization, the foundation is mainly financed by individuals as well as organisations as part of their CSR initiatives. With the persistent support from its stakeholders, i.e, beneficiaries, the Government of India, Ministry of Human Resource Development, State governments, corporate, individual donors, partners and the community at large, Akshaya Patra has reached where it is today. 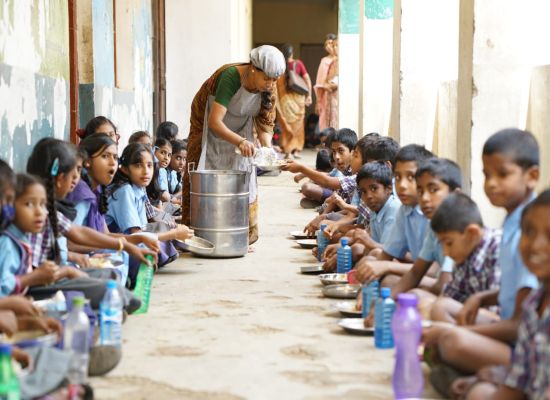 “We started with 1,500 students from five schools in 2000. We never thought it would get this big. We started off with the vision to feed just the children around ISKCON Bangalore. That was where our first kitchen was set up. The response was phenomenal, and we even started getting requests from nearby government schools asking us to feed their children too. So, after compiling a list over a span of three months, we realized that one lakh children needed to be fed. That’s when we decided to scale it up when we saw ISKCON’s potential to help education in a big way,” said Shri Bharatarshabha Das, Director of Strategic Relations Akshaya Patra.

“This year, there has been an increase in the budget allocation for the Mid-Day Meal Scheme. Our request is to take up more initiatives to scale this up and make it better so that we can serve even better quality food to the children,” he added, while talking about the demands from the Central and State Government.

Continuously leveraging on technology to multiply the reach and establishing state-of-the-art kitchens to serve maximum amount of children, has been the organisation’s constant goal. Children’s acceptability to this initiative has been one of the major factors behind its huge reach and success. In addition, to make sure that their interest remains, and the meal does not only fill their stomachs but also makes them happy, constant effort is taken to prepare a menu crafted to appease them.

“We serve in 12 states across the country. Our menus are tailored to match the local palate with adherence to regional acceptability. It is precisely why our menu is wheat-based in North India and rice-based in South India. Even in states such as Odisha and Assam, our menu is predominantly rice-based in accordance to the local food habits. Regional acceptability is achieved through meticulous menu planning. We serve locally preferred dishes in various locations where we serve mid-day meals. For instance, in Odisha, we serve Dalma, whereas, in Gujarat, we serve Dal khichdi and Thepla,” said Shri Madhu Pandit Dasa, Chairman, Akshaya Patra Foundation. 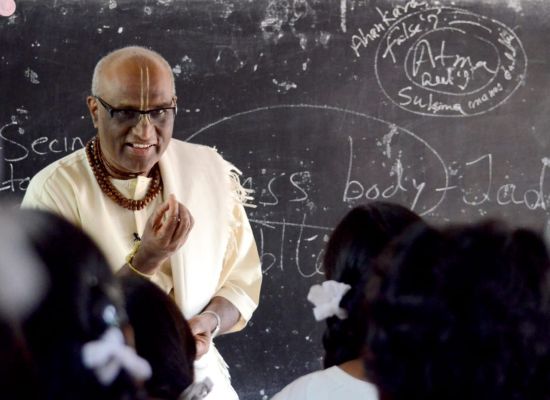 The food that is served is tested by supervisors periodically to ensure that the quality and the nutritional value of the food is sustained and is ISO certified. In rural locations, where it is difficult to set up large kitchens, due to difficult terrain and bad road connectivity, a decentralised network of kitchens aid the feeding program. Akshaya Patra reaches out to 21,330 children of 249 schools through decentralised System in Nayagarh, Odisha, and 11,478 children of 119 schools in Baran, Rajasthan.

Furthermore, Akshaya Patra’s workforce contains both men and women from different local backgrounds and communities residing around the kitchen. “In the rural areas, where we have the decentralised network of kitchens, we have engaged women Self-Help Groups for the implementation of the program,” Pandit Dasa added.

With the aim of achieving the 5 billion meals milestone by 2025, Akshaya Patra is serving as the implementing partner for the MDM program and is working actively towards addressing classroom hunger as well as improving children’s health and increasing enrolment, attendance, and retention in schools by providing a freshly cooked nutritious meal.

The 3 billion milestone in 2019, is one of the foundation’s major achievements towards its mission to serve 5 billion children by 2025. 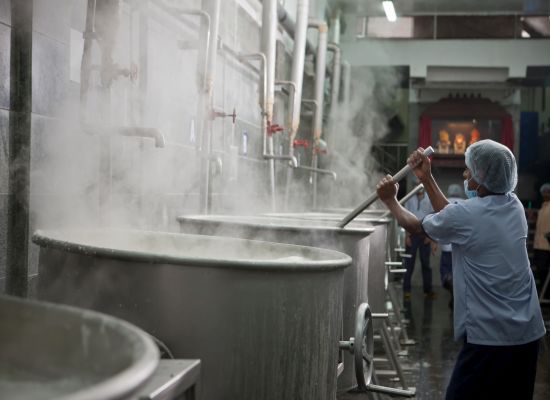 To mark this milestone, the Akshaya Patra Foundation at Vrindavan Chandrodaya Mandir, invited PM Modi, along with UP CM Yogi Adityanath and UP Governor Ram Naik, to unveil a ceremonial plaque to mark the serving of the "3 billionth meal" while also serving food to about 20 school children from underprivileged background in the campus as part of the programme, one of them being the 3 billionth meal for the foundation.

“The work that is being done here is tremendous. We have been victims to malnourishment for a long time. Earlier, it was due to the British rule and then we faced growing unemployment for a long time. And the most affected by this have been the children,” said Prime Minister Narendra Modi, while giving his speech in the event.

“If the kids are weak, then our future becomes weak. We have to focus on a child’s immunity to make our future immune. Because cleanliness, nutrition and food are three main aspects of proper development,” he added, while appreciating the work done by the foundation till now.

With 17.6 lakh children, across 12 states, in 43 locations, through 37 kitchens and 17 more in the pipeline, Akshaya Patra is constantly striving to make sure that there is unlimited food for education. In addition to that, no child should be deprived of education because of hunger; working in line with what Chanchalapati Das, Vice Chairman of the Akshaya Patra Foundation, said, “Giver of food is giver of everything else.”