Authors From Across The Globe Meet At Brahmaputra Literary Festival

Brahmaputra Literary Festival brings together prominent personalities and celebrities, writers, thinkers, artists and other performers both from the northeast and across the country 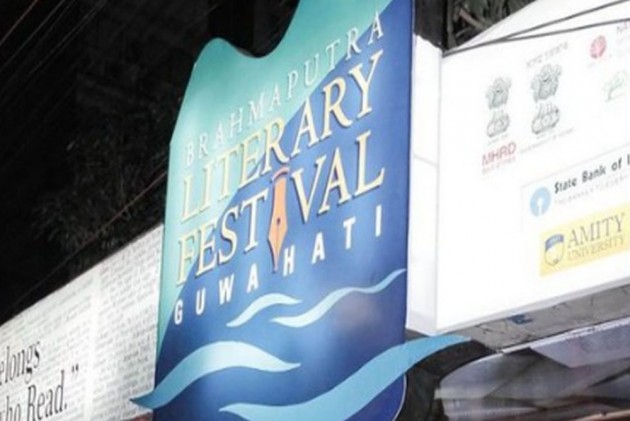 The 3rd Brahmaputra Literary Festival in Guwahati has begun with the participation of authors from across the globe. More than 100 authors from 20 odd countries are part of the three day festival being organized by the state government owned Publication Board, Assam (PBA).

PBA secretary and the Chief Executive Officer of the festival Pramod Kalita said that the Brahmaputra Literary Festival not only proposes to focus on the languages, literatures, culture, society, politics, performance traditions, music, identity, media of the north-eastern region of the country, but also national and international elements packaged in the three day event.

“Starting from politics to sports – a wide variety of topics will be discussed in 40 odd sessions,” said Kalita.

It brings together prominent personalities and celebrities, writers, thinkers, artists and other performers both from the northeast and across the country as well as internationally acknowledged litterateurs and other intellectuals from across disciplines.

“This get together will not only encourage new ideas and their dissemination but will also create an atmosphere of enthusiasm and offer a platform for intellectual exchanges. The basic components of the festival will include panel discussions on issues concerning books, literature and language, In-Conversation sessions with writers, reading sessions, book signing sessions as well as cultural programmes showcasing indigenous cultures,” said artistic director of the festival Rahul Jain.

Outlook editor Ruben Banerjee also took part in a session ‘Are you authorized? Writing Biographies’, on day one of the festival. Banerjee who has written a biography on Odisha Chief Minister Naveen Patnaik said that he would never ever write an authorized biography.

“I would never do that because I believe that I’m a hardcore journalist. I’m not here for hagiography or to praise anyone sky high. I know like everyone, a particular politician is also a human being who has his or her positives and flaws. Nobody is a saint. So, If I’m doing a book on Naveen Patnaik, why should I believe that he is a saint? He is a human being of flesh and blood. So, that being the premise, I should never agree to do an authorised biography,” said Banerjee.

Banerjee, who has followed Naveen since his early days, decodes the success of the enigmatic politician who stays in the shadows and rarely gives interviews. This is the thrilling story of an unlikely and seemingly unbeatable politician who may well hold the keys to power in the 2019 general elections.