World Cancer Day: With Lifestyle Changes, Cancer Can Be Prevented

Adopting good lifestyle practices to prevent non-communicable diseases, particularly cancer, is the need of the hour. 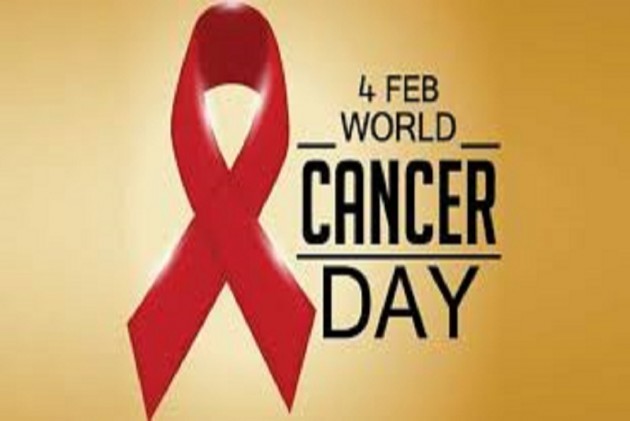 A lifestyle which involves excessive smoking and drinking, lack of physical exercise (leading to obesity and hormone imbalance) and a poor diet is the culprit for the rising number of cancer cases. World Health Organization’s (WHO) International Agency for Research on Cancer stated that cancer will claim 9.6 million lives in the world this year. India will account for 8.17 per cent of the same. Another report by the Lancet reinforced the same saying cancer is India’s second biggest killer after heart disease.

Says  Dr Sajjan Rajpurohit, Head of Unit, Department of Medical Oncology at Rajiv Gandhi Cancer Institute & Research Centre, Delhi, "The stage of the cancer is very important with respect to the outcome of the cancer treatment and if the cancer is detected in early stage, the chances of cure are more than 90%. We have certain cancers which can be really diagnosed very early like breast cancer, cervical cancer in women and head & neck cancer and lung cancer and prostate cancer in men. Cancers can be cured to a high success rate of more than 90% if they are detected in the early stage."

Cancer has always been considered a death sentence for years. People have fear of listening to the word cancer. "In today’s world, I would say that cancer is very much curable and even if it is not cured, in large percentage of cases it can be very well controlled. In near future when we have more advanced cancer treatments, then cancer will only be a sun sign and not be any other term," adds Dr Rajpurohit.

Dr Mandeep S Malhotra, Head- Breast, Head & Neck Oncology Surgery said, “Adopting good lifestyle practices to prevent non communicable diseases, particularly cancer is the need of the hour. We need to ensure we have a balanced diet and engage in regular physical activity. In high income countries our diets are marred with preservatives and added flavours. A lot of hidden carcinogens are entering our bodies. Tobacco consumption, alcohol intake and substance abuse has increased leaving the body weak and the immune system vulnerable. Lung cancer is also occurring in people who have never smoked as well. Statistics reveal that 15 percent of patients diagnosed with lung cancer have no history of tobacco use. This could be because of exposure to second hand smoke, asbestos exposure, air pollution (outdoor and indoor), and exposure to radon gas, diesel exhaust fumes or a genetic predisposition.”

There are two prominent trends that have observed in the last year. Firstly, breast cancer incidence has gone up by 39.1 per cent over the last decade, making it the most prevalent type of cancer. The second trend indicates a high rate of re – occurrence or dual occurrence of cancer. A survivor’s risk of getting a new cancer diagnosis is 14 percent greater than someone who never had cancer. This is a worrying fact but to counter it, we need to create awareness about regular check-ups and counselling even after one is completely cured.”

Actor Manisha Koirala, who won a tough battle against ovarian cancer, feels the disease came into her life as a gift as her vision is now sharper, mind clearer and her perspective realigned. As she completes six years of being cancer-free, she shares her story - one marked by apprehensions, disappointments and uncertainties - and the lessons she learnt along the way. In her memoir "Healed: How Cancer Gave Me a New Life", she talks about her treatment in the US and the care provided by the oncologists there to how she rebuilt her life once she returned home. Manisha says her book is a result of intense soul-searching and she has plunged deep into the dark, bottomless pit of painful memories and woven a story out of them.

"It has taken a lot of courage to confront and relive my experiences. But I needed to do so in order to become a true storyteller for the readers' sake as well as my own," she says. She was diagnosed with ovarian cancer in 2012.

Manisha says for a decade, she had abused her body. "The poor lifestyle I had been leading made my body susceptible to diseases. Had it not been cancer, some other malady would have struck me. In hindsight, on a dark, lonely night, I still wonder what it could have been and whether it would have been better or worse," the book, co-authored with Neelam Kumar and published by Penguin Random House, says.

She took a break from acting in 2012 and returned five years later with the coming-of-age drama "Dear Maya", Netflix's "Lust Stories" and "Sanju". The comeback was not so easy. "At first it was difficult for me to take on the role of a character artist as I had been used to playing the heroine. Then I saw the blessing in this. Having plunged into the depths of my emotions, I could now express the intricate complexities, deeper nuances and profounder layers of each character."

In her words, she began her "second innings hesitatingly", with a Kannada film. Manisha looks back at the period just after her foray into films in the early '90s with a "lot of regret and sadness". When films happened suddenly, she was just 19-years-old and not ready to handle Mumbai.

"Its unfamiliarity and expanse scared me. For a young, unexposed Nepalese girl, Bollywood was a terrifying experience. Unsure of how I should be behaving and interacting on the film set, I hid myself behind books. They protected me from my fear of interacting with everyone who seemed to be so sure of themselves," she says. She then decided to do something to overcome her shyness and feeling of awkwardness.

"Alcohol came to my rescue. I loved the feeling of confidence it gave me, loosening me up, wiping out my inhibitions. Fortified by drinks, my shyness disappeared and I became quite at ease while socialising. Emboldened, I took to drinking more and more, she writes. Parties became a way of life for her. Either friends would party at her house or she would go over to theirs, Manisha says. In school, too she was a shy, introverted girl who found solace in books.

Says Neelam Kumar, author and cancer survivor who co-authored the book Healed—How cancer gave me a new life”, “After I was struck by cancer a second time in 2013, I felt an urgent need for two things. First, a joyous Indian book on cancer to motivate me. Second, an empowering Indian book that would keep me emotionally engaged to tide over my bad times. Since I found neither of these, I simply wrote both. Necessity, they say, is the mother of invention.” Kumar feels that while a lot has been done in the area of providing the best medication, little has been done in the field of providing emotional empowerment for cancer patients. My heart soared high the day my book “Healed—How cancer gave me a new life” by Manisha Koirala and Neelam Kumar (Penguin Random House) zoomed on to become a bestseller within two weeks of its launch.