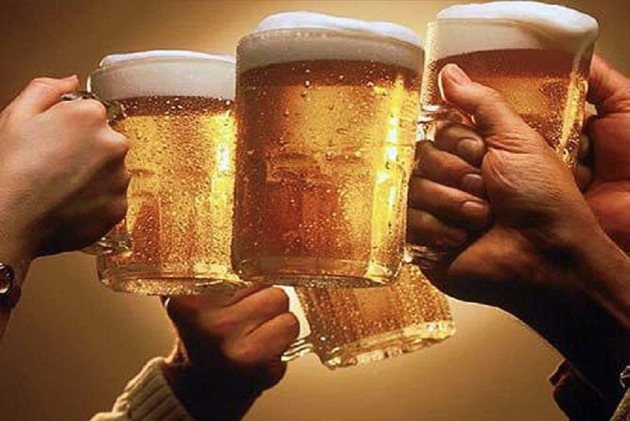 Early onset of drinking and intoxication may lead to heavy drinking and alcohol dependence among people, warn researchers from the Pacific Institute for Research and Evaluation in the US.Researchers concluded this in a study on the correlation between early age (less than 15 years) and contexts of first intoxication such as one's own home, friends'

For their research, the team studied 405 adolescent (aged 15-18 years) drinkers. According to the findings, published in the journal Substance Use & Misuse, about one-third of adolescent drinkers experienced their first intoxication by the age of

15, about one-third experienced it after 15, and about one-third had consumed alcohol but never to the stage of intoxication. In addition, drinkers reported drinking most frequently at homes, followed by outdoor settings, and then in restaurants, bars or nightclubs.

The early age of first intoxication was found to be strongly linked to drinking in outdoor settings, but not to drinking at home. The results of the study emphasise importance of contexts in early alcohol initiation and the resulting problems to inform development of preventive interventions

To prevent or delay early onset of drinking, more should be known about the modifiable circumstances that enable these behaviours, the study suggested.