Ethnicity, Race, Gender Should Not Be Barriers To Love: Dr. Anita Heiss

An Australian author and poet, Dr. Anita Heiss has seeped conversations surrounding social justice and identity into popular fiction. ‘Growing Up Aboriginal In Australia’, ‘Am I Black Enough For You?’, ‘Not Meeting Mr. Right’, are some of the many books Heiss has authored and edited. 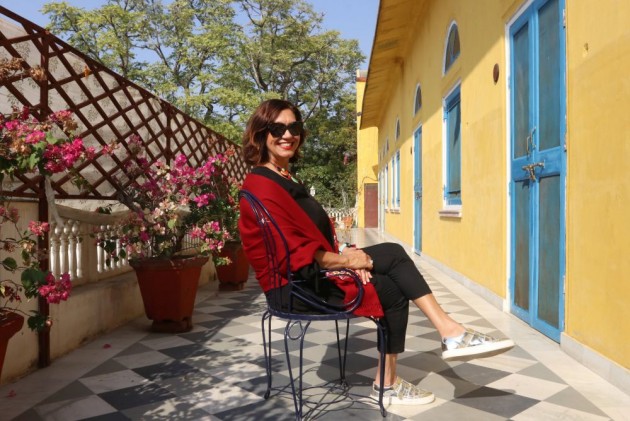 An Australian author and poet, who would prefer being called an observer, Dr. Anita Heiss has seeped conversations surrounding social justice and identity into popular fiction written specifically for women readers.

‘Growing Up Aboriginal In Australia’, ‘Am I Black Enough For You?’, ‘Not Meeting Mr. Right’, are some of the many books Heiss has authored and edited.

Speaking with Outlook, Heiss talks about the difficulties faced by Aboriginal women and Relationships. She is hopeful for a future that respects all ethnicities, races, genders and identities, a future where there aren’t barriers in love. Below are excerpts from the interview:

How did you decide that you wanted to write books about relationships and love alongside it being feminist in nature, for example, ‘Not Meeting Mr. Right’?

Not Meeting Mr. Right and Avoiding Mr. Right, the idea of writing these books was to write about these women who are strong, sassy, independent yet flawed aboriginal women. They want to fall in love like all these other women as wanting companionship is a human condition.

It is not about differences but about being human and what I talk about in these books is that we’re all the same, looking for the same things.

We’ve had generations of feminism teaching us to assert our rights as equals. I wanted female readers to pick up the book and relate in some way, shape or form to at least one of the characters in the book.

Not Meeting Mr. Right has a lot of my personal stories. I used a lot of the experiences that I had dating. My editor said, ‘Nobody is going to relate to these things’ but in reality what she did not know was those incidents really happened.

So, what I was trying to do was demonstrate that it’s difficult for all women, I think, for women who have self-esteem or a laundry list of what they want in a partner like fidelity, honesty, loyalty. And wanting honesty and loyalty or no domestic violence isn’t wanting too much. It should be basic.

Why did you choose to write about aboriginal women?

I grew up in a bi-racial house. My father was European and my mother is Aboriginal. I grew up in a house where race wasn’t an issue for love, but it is for a lot of people. Skin colour or ethnicity should not be the reason you don’t have a date.

In Australia, aboriginal women have never appeared in popular fiction or commercial fiction until I wrote them there. We never existed. And I always thought "How is that possible?" Dating for an aboriginal woman is harder. Men come to the table with pre-conceived ideas of what an aboriginal person would be like, even today. Their exposure to understanding about an aboriginal is limited to what they read in the media.

For example, in the book - this really happened when I was much younger - I’m in a bar and I’m talking to a gentleman, I give him a card that says I’m an Editor of Aboriginal projects and that man literally had a physical reaction "Are you aboriginal?". One word on a card changed the way he thought about me and it’s because of all these negative stereotypes in society.

How does writing popular fiction help your goal of starting a conversation surrounding societal issues?

I chose to write commercial women’s fiction because that’s how I know women are reading. Be it in book clubs, or reading on the beach. All I wanted was to reach out to women and get them to start thinking about issues that are important to me. And there’s a famous saying that if women stopped reading, the novel would die.

I chose to write a book on relationships and waved in issues of social justice, identity, about history. Women are essentially reading a book about friendship and relationships but they’re also learning about Australian culture and politics and that’s my biggest aim to get women to start talking about these issues.

What change do you want to see in society?

We live in a society where we talk about differences all the time. I don’t know if it is the same in India but in Australia, they say “You’re different” instead of thinking “What makes me the same as that person?”

I’m very hopeful about lots of things, but I believe that literature can trigger these conversations; otherwise I’ve just wasted three decades of my life writing.