On Sickle Cell Anemia Day, doctors mention that gene editing or genome engineering is the most promising option to treat the disease. 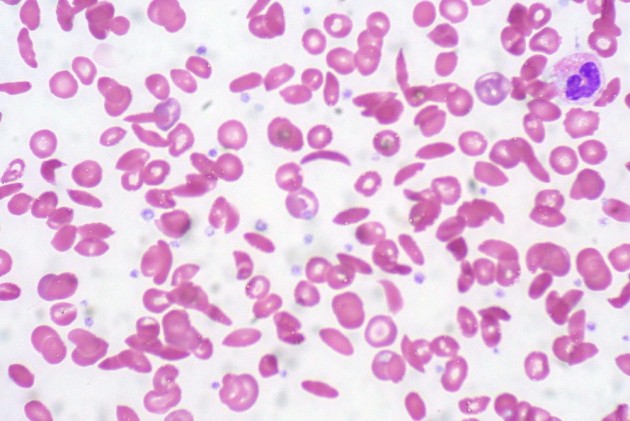 Sickle cell anemia is a genetic disorder disease which affects the hemoglobin. It is a condition in which there aren't enough healthy red blood cells to carry adequate oxygen throughout your body. It is a genetically inherited disease, due to which the red blood cells which are usually flexible and round become rigid and sticky, and are shaped like sickles or crescent moons. These irregularly shaped cells can get stuck in small blood vessels, which can slow or block blood flow and oxygen to parts of the body.

Dr Neema Bhat, Consultant, Pediatric Hematology Oncology and BMT Physician, BGS Gleneagles Global Hospital, Bengaluru says, “The sickle cell gene is passed from generation to generation in a pattern of inheritance, called autosomal recessive inheritance. This means that both the mother and the father pass on the defective form of the gene for a child to be affected.”

'We Need To Move Towards A Cure For Duchenne Muscular Dystrophy'

GNE Myopathy: Why It Is A Bad Dream

Dr Mangesh P Kamath, an oncologist from Bengaluru says, “Sickle Cell anemia is one of the most common inherited causes of anemia in the world. Most of the children affected by this disease can be treated effectively, if detected early or before they develop irreversible, serious complications. For the early diagnosed, the only mode of definitive cure is Allogeneic Bone Marrow Transplantation from a matched family donor. The success rate of the procedure is close to 90 percent, and any child that is managed well after diagnosis can not only be cured but also can live a normal life after bone marrow transplantation.”

Most of the health problems in Sickle cell Anaemia are due to improper blood supply to body parts and inflammation. Newborn babies with Sickle cell anemia will appear normal at birth; however, will start showing signs of anemia within a few months once their fetal red cells convert into adult red cells.

Symptoms of Sickle cell anemia include:

-In anemia, due to easily breakable red cells, Hemoglobin levels are low, and can lead to tiredness and difficulty to feed. In infants, this can usually present as excessive fussiness, sleeping without waking up for feeds, difficulty in taking sufficient feeds. When this happens, the child will need to receive a blood transfusion to correct the anemia.

-Experiencing episodes of pain: Periodic episodes of pain, called crises, are a major symptom of sickle cell anemia. Pain develops when sickle-shaped red blood cells, block blood flow through tiny blood vessels to the chest, abdomen and joints. Pain can also occur in the bones. Infants most often present with swelling in their fingers and toes during a pain crisis. The infant or child might need to be admitted to provide appropriate medications and iv fluids.

-Infections: Sickle cells can damage an organ that fights infection (spleen), leaving the infant more vulnerable to infections. Hence it is extremely important for infants, and children with sickle cell anemia to have their timely vaccinations and antibiotics to prevent potentially life-threatening infections, such as pneumonia.

-Delayed growth: Red blood cells provide our body with the oxygen and nutrients, which is required for growth. A shortage of healthy red blood cells can slow growth in infants and children and delay puberty in teenagers.

-The person may experience vision problems: Tiny blood vessels that supply blood to our eyes may become plugged with sickle cells. This can damage the retina — the portion of the eye that processes visual images, leading to vision problems. The same problem can also lead to stroke, especially in teenagers.

Dr Bhatt says, “Patients suffering from with sickle cell anemia with significant symptoms need to be started on a medication called Hydroxyurea, which is vital to prevent most of the above complications. They need to be followed up regularly by a Pediatric Hematologist to monitor the dose of Hydroxyurea based on cell counts.”

There is currently no definitive cure for Sickle cell anemia, except for Stem cell Transplantation, with a 90 percent success rate if performed from a compatible family donor.

Dr Bhatt mentions about a five-year-old child, who came to him with severe anemia and repeated pain crisis episodes, has been treated successfully with Bone marrow transplantation from her sibling, who was unaffected by sickle cell anemia and a 100 percent match. Novel therapeutic options for sickle cell anemia are emerging, thanks to constant ongoing research by the medical fraternity.

One such promising option is gene editing or genome engineering where using a genetic modification tool which is actually a virus called CRISPR/Cas9, the patients’ genes in stem cells are edited to produce normal Hemoglobin instead of Sickle cell Hemoglobin, hence preventing the red cells from undergoing sickling. In this process, the stem cells are collected from the patient, and treated with the gene editing tool to bring about the required genetic change. The patient is then treated with high dose chemotherapy to prevent them from rejecting these stem cells. Following the chemotherapy, the treated or “cured” stem cells are infused back into the patient where they start making normal red cells. One such clinical trial to genetically edit stem cells is already being conducted at the National Institute of Health Clinical Center in Bethesda, USA and has shown very promising results. About eight patients who have undergone gene editing have been free of sickle cell anemia for varying lengths of time, the longest being one year.