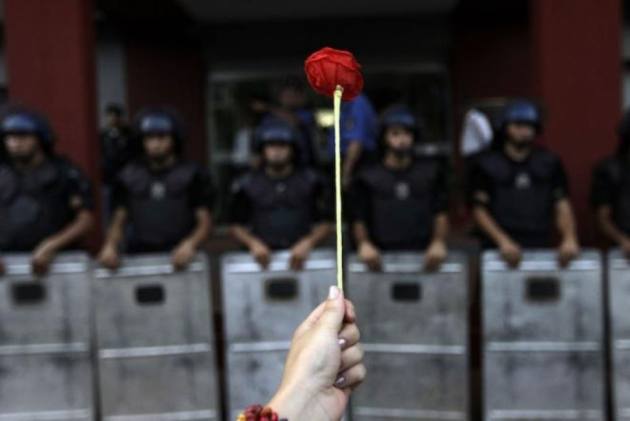 “To deny people their human rights is to challenge their very humanity.”

On December 10, 1948, the United Nations General Assembly adopted the Universal Declaration of Human Rights (UDHR) to ensure the inalienable rights of every human being, irrespective of their caste, gender, race, religion, sex, nationality and so on. Since then, December 10 has been an important day to remind humanity of the rights they deserve, and the rights they violate.

While this day is recognised to raise awareness about people’s social, cultural, political and religious rights, let’s have a look at the day’s history and events that led to its constitution.

The UDHR is deemed a milestone document that is available in more than 500 languages and is said to be the most translate document in the world, according to the UN’s official website.

There have been multiple precursors to the 20th-century document and to name a few, it would be -- the Magna Carta drafted in 1215, the English Bill of Rights of 1689, the French Declaration on the Rights of Man and Citizen of 1789, the US Constitution and Bill of Rights in 1791 and so on. However, when these documents were translated it was found out that the policies ignored women, people of colour, race and religion.

Birth of UN and adoption of UDHR

The need of being louder about human rights came much later, post World War II. Following the mass extermination of the Jews, people with disabilities, homosexualsand others by Nazi Germany shook the world, bringing together the need to protect the rights of people from various walks of life, against the inhumane abuses of governments and rulers.

Eventually, governments of various countries pledged to the formation of an international body (the United Nations) to safeguard the rights of people, especially the one lacking ‘power’. The essence of these human rights principles first found its place in US President Franklin D. Roosevelt’s State of the Union Address in 1941. In his address, commonly known as ‘Four Freedoms’, the 32nd US President talked about a world that should stand on four essential freedoms -- freedom of speech and religion, and freedom from want and fear.

Largely influenced by Roosevelt’s speech, the voices from across the world came together to support the drafting of the United Nations Charter in 1945 in San Fransico.

Eventually, the member states of the UN established a Commission on Human Rights on February 16, 1946, to draft a document that will articulate the fundamental rights and freedom proclaimed in the Charter. Under the ‘forceful’ leadership of Anna Eleanor Roosevelt, the former first lady of the US, the Commission came out with the UDHR, which was adopted by the 56 member countries on December 10, 1956.

What is the UDHR?

The Preamble of UDHR asserts: “[R]ecognition of the inherent dignity and of the equal and inalienable rights of all members of the human family is the foundation of freedom, justice, and peace in the world.”

Commonly referred to as the international Magna Carta, the UDHR pronounces the international law that tells a government the way its citizens must be treated irrespective of gender, class, sex, social background, religion and so on. The Charter, although not a legally binding document, realises that the treatment meted out to a country’s citizen is of international concern, and not limited to the domestic borders.

International bodies have recognised the Charter "as a common standard of achievement for all people and all nations."

It claims that all rights are ‘interdependent’ and ‘indivisible’.

Currently, the principles of the UDHR have been incorporated into the constitutions of most member countries of the UN.

This year’s theme is about 'Equality' that refers to Article 1 of the UDHR – “All human beings are born free and equal in dignity and rights.” The theme is aligned with the UN’s 2030 agenda that has been drafted in a document, that talks about the international body’s approach towards finding sustainable solutions “for deep-rooted forms of discrimination that have affected the most vulnerable people in societies, including women and girls, indigenous peoples, people of African descent, LGBTI people, migrants and people with disabilities, among others”.