In a new video which surfaced on YouTube, the 2010 Odisha cadre IPS Officer is seen recording the soundtrack for the ‘She Team’, an initiative to ensure the safety and security of women and girls in Gajapati and Parlekhamundi districts. 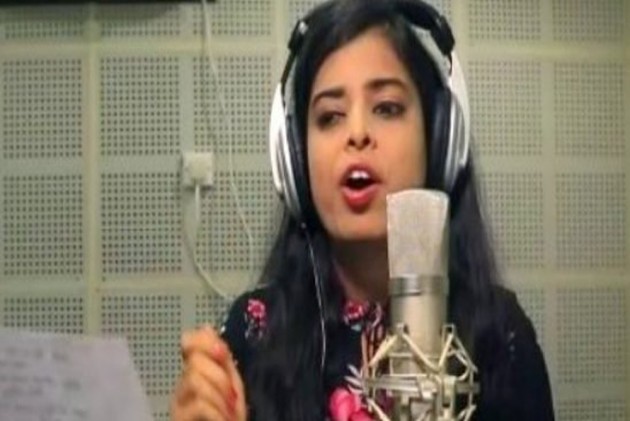 Women in India silently suffer in many ways due to the overwhelming patriarchal social stratifications. The power differential is almost always bent against the female populace who survive in our society suffering silent indignations in everyday life. People, mostly men, use several ways to make life tough for women, almost reflexively. One such means of harassment is eve-teasing, a practice limited not only to India but rampant everywhere.

To tackle the menace head-on, police in the Gajapati district of Odisha has taken a major step forward to discourage the practice of eve teasing. Gajapati SP, Sarah Sharma released an audio CD of the pilot project’s theme song on Thursday at the Adarsh Thana Police Station in Paralakhemundi.

In the video which surfaced on YouTube, the 2010 Odisha cadre IPS Officer is seen recording the soundtrack for the ‘She Team’, an initiative to ensure the safety and security of women and girls in Gajapati and Parlekhamundi districts. The project will be launched on July 28.

The ‘She Team’ has been modelled after the 'SHE Teams', a division of Telangana Police. Speaking about the project, Sharma said, “It is a mobile patrolling team to patrol areas, where women and girls frequent like school, colleges and coaching institutions in order to prevent eve-teasing and harassment."

"The team will be moving around and work proactively to deal with the menace women face in public spaces. They will also be circulating a mobile number after the formal launch which women can dial when in distress. We will be available 24*7 to resolve the issue," she added.

Sharma claims that the initiative is her 'own brainchild.' She thought about taking up this initiative when she encountered several women who shared their disturbing experiences of harassment they faced while returning late from their workplace.

“These women told me how they had to endure harassment, eve teasing and even stalking. I thought Gajapati was safe for women, but they told me it was dangerous at night and made it difficult for them to commute," she said.

"Even minor girls admitted they don’t feel secure at night. They even asked me to cover my face and walk around to see what happens with women on the road. That triggered something in me. It’s a shame that people do not feel safe even when I’m around,” she added.

She stated that her main motive behind the initiative is to ensure women feel safe at all times and walk freely as men do.

“Women cannot do their job if the atmosphere is unsafe for them, girls cannot study in such a scenario and parents will be scared too,” she said.

The song has received accolades and appreciation from all the sections of the society.

“I learnt music from Guru K Mahanandia in Bhubaneswar. During my childhood, I learnt from Guru Ratan Pujari of Sambalpur too and won awards many times. I was also selected in the audition test for the ‘Amari Swara’ programme by an Odia TV channel,” she said.