Memories accumulated during our lifetime are meant to be cherished, not taken away by Alzheimer’s disease. 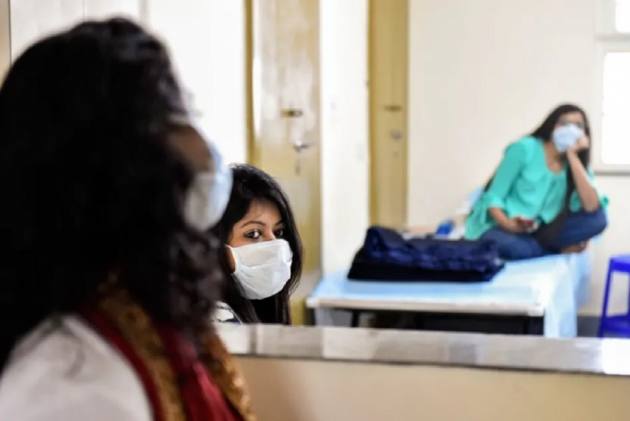 Remember the film of Anthiny Hopkins ‘Father’, where he absorbs you in the mind of a person with Alzheimer’s disease. The film deals with the issue of Dementia. Memories are an integral part of everyone’s lives. Think about a situation where a person begins to forget those cherished memories and in time even the basic functions of life. This is what happens in Alzheimer’s disease (AD). We need a network between nerve cells for proper relay and storage of information.

Generally, with age, body functions begin to deteriorate and certain proteins tend to accumulate in the brain, which interfere with the connections and disrupt the transmission of information. Due to this, the affected person may not be able to form a link between what he/she sees, hears, feels and what the subsequent action should be. Such changes of AD begin to occur in people around the age of 40-50 years. With each passing year, the symptoms become evident—beginning with forgetfulness and progressing to loss of understanding of even the most basic activities (how to brush teeth, how to lift a spoon and put it into the mouth, etc.).

Dr Praveen Gupta, Director and HOD, Neurology, Fortis Memorial Research Institute, Gurgaon explains the difference between dementia and Alzheimer's  saying that dementia refers broadly to mental and neurological decline. Alzheimer’s is a cause of dementia. It is a specific disease with specific symptoms whereas dementia is a lot broader. Dementia can also occur at any age - it happens when the brain cells have been affected and can no longer perform. Alzheimer’s is mostly age related - a progressive degenerative brain disease. It tends to affect a person's ability to learn new things as the cells which help people retain information are damaged first. Yet neither are considered to be part of the normal aging process. Dementia can also include Parkinson's or Huntington disease.

Dr Gupta recalls an incident when he had a patient who was repeating things, forgetting if he had eaten food, had started wandering – leave his house without telling anyone. He was violent and had started mis-behaving with his own family and was hitting the attendant too. The plight of such individuals is pitiful. Who was once the life of the party barely recognizing his/her family today? A person who was once known for his active, independent ways is now dependent on someone even to comb hair or wear clothes! What is unfortunate is that the symptoms of AD may not be evident at early stages. More commonly, people don’t consider forgetfulness as a possible medical condition. Thus, the diagnosis of AD at an early stage is missed. With advancing disease, dementia sets in, which is a collection of symptoms related to memory, thinking, and behavioural issues. AD is the most common cause of dementia.

Alzheimer’s disease is a commonly occurring progressive neurologic disorder wherein one’s brain shrinks and the brain cells tend to die. Dr Pavan Pai, Neurologist, Wockhardt Hospital says, “If you suffer from Alzheimer’s then there will be impaired memory and thinking and you will not be able to recollect anything or any situation.  This will make it difficult for you to remember simple tasks like when you ate food, where you kept the keys or wallet, where you stay, password, medical condition, your family members name or you won’t even be able to recognize them. Thus, you will be unable to perform your real-world activities with ease. Alzheimer’s will not only take a toll on your physical but as well mental and emotional well-being. You may become stressed, anxious, frustrated, depressed, nervous, and irritated as it will steal your peace of mind.  With passing time, one may be completely robbed of his/her memory.”

Sadly, what exactly triggers this disease remains unknown. Dr Pradeep Mahajan, Regenerative Medicine Researcher, Adigos Stem Cells, Mumbai says, “Genetic mutations, obesity, other neurological conditions, trauma, lifestyle habits, and many more could cause AD. Therefore, it is difficult to prevent or even predict who or when a person will acquire AD.”

Women tend to be affected by the disease more than men.  Dr Mahajan says, “The reason for this is not clearly known but there is some molecular basis (decreased mitochondria-related protective effects) that makes older women more vulnerable. There are other factors in women such as longevity (women tend to live longer than men, hence increased possibility of accumulation of toxic substances), depression, higher emotional burden, hormonal variations, certain genetic variations, etc., which increases their risk of developing AD. Subsequently, the mental and physical decline in women with AD is also more rapid than in men.”

There are no ‘medicines’ as such to prevent the disease and its progression. Dr Mahajan explains, “The need of the hour is novel therapies that can at least prevent further progression of the condition. This is where molecular chaperones and exosomes may be helpful. A part of Regenerative Medicine, these therapies aim to boost natural healing mechanisms in the body. Molecular chaperones are like the quality analysts of proteins. Like a monitor in a classroom, they regulate the activity of proteins in the body and are capable of destroying ‘misbehaving’ proteins. In AD, these chaperones prevent the unwanted proteins from clumping together in the brain. Therefore, they can be used to protect patients from further memory and other deficits. The best part, these are naturally occurring molecules in the body, hence the immune system will not consider them foreign, and there are no associated side effects.”

Dr Mahajan explains, “While reversing AD is not currently possible, advances in diagnostics will definitely help in early identification. I suggest that everyone should undergo annual health check-ups (where necessary even periodic brain imaging), in order to catch the pathology early. When prompt diagnosis is combined with therapy using the above mentioned naturally occurring molecules, we can ensure that severe AD is prevented or at least the progression is slowed down.”

•  Struggling to find words when talking or writing

Experts points out how the development of Alzimers can be slowed down:

Exercise: If you exercise on a daily basis then doing so can help prevent the development of Alzheimer's or slow the progression of memory loss. Thus, you will have to exercise for five days a week and do activities you like. You can opt for walking, aerobics, and strength training as per the doctor’s advice. To reduce the risk of AD, you need to take charge of your mental health. To enhance cognitive health, just listen to music, try to memorize things, read newspapers, solve puzzles, visit museums, learn new skills, play cards, dance, brain solving problems, do yoga, socialize, meditate, go for brain training games like Sudoku and crosswords.

Diet: Eat a well-balanced diet that includes all the essential nutrients. Cut down on junk, spicy, oily, and processed foods that are harmful to your health.

Quit smoking: It is a known fact that smoking kills as it is dangerous. It can also cause dementia and Alzheimer’s in later life. So, do not smoke.

It is essential to take care of your overall well-being and have good physical and mental health. Likewise, you will also have to stay stress-free as stress can affect your mental health.