A single bench, presided over by Justice A M Badar, was conducting hearing on a daily basis on the five revision pleas since July 4 this year. 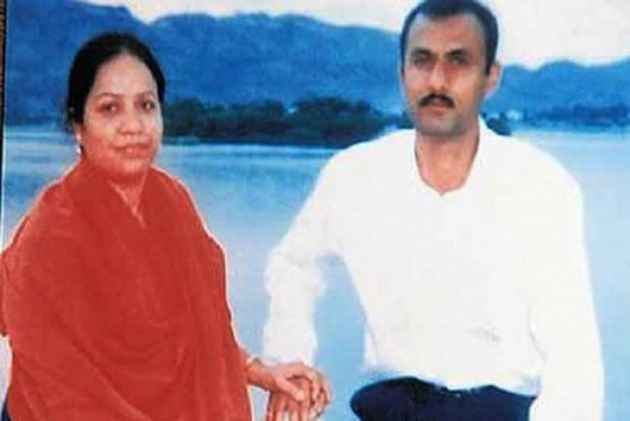 The Bombay High Court concluded on Monday the hearing on the five revision petitions challenging the discharge granted to senior Gujarat and Rajasthan police officials in the alleged fake encounter cases of Sohrabuddin Shaikh, his wife Kausar Bi and their aide Tulsiram Prajapati.

The high court reserved its judgement after completing the hearing. A single bench, presided over by Justice A M Badar, was conducting hearing on a daily basis on the five revision pleas since July 4 this year.

Sohrabuddin Shaikh's brother Rubabuddin Shaikh has filed three of these five pleas, challenging the discharge granted in the case by the trial court to Rajkumar Pandian, and Dinesh M N, IPS officers from the Rajasthan Police, and to former Gujarat ATS chief D G Vanzara.

The remaining two pleas were filed by the Central Bureau of Investigation (CBI), challenging the discharge granted to N K Amin, an officer of the Gujarat Police, and Dalpat Singh Rathod, a Rajasthan police constable.

The CBI had booked these five officials, along with 33 other people, as accused in the "fake" encounters of Sohrabuddin Shaikh, Kausar Bi and Prajapati in 2005-06.

Between August 2016 and September 2017, a special court in Mumbai, where the case was shifted from Gujarat, discharged 15 of these 38 accused.

As per the CBI chargesheet, Sohrabuddin Shaikh, a suspected gangster, and Kausar Bi were abducted by officers of the Gujarat ATS and the Rajasthan Police from near Hyderabad, and killed in a fake encounter in November 2005.

Prajapati, who as per the CBI, was an eye-witness to these killings, was shot dead in another staged encounter in December 2006 by some Rajasthan Police officials at the behest of the same Gujarat and Rajasthan officers, who were involved in the killing of the husband-wife duo, the CBI claimed.

Rubabuddin Shaikh's lawyer Gautam Tiwari argued that the trial court had erred in granting discharge to the officials.

Even as the defence team, comprising senior counsel Mahesh Jethmalani, advocates Raja Thakare and Niranjan Mundargi attempted to pick holes in the CBI's theory, Tiwari argued that there was enough evidence against the officials to point a finger of suspicion at them.

"There is enough evidence against them to frame charges. These officers should at least have faced trial (discharge is a pre-trial process)," Tiwari argued.

Jethmalani, who represents Vanzara, Pandian and Amin, however, defended the discharge order and argued the high court must take note of the fact that most of the prosecution witnesses in the case had turned hostile before the special court.

He told Justice Badar that the case of the CBI rested primarily on the statements of two drivers, who used to work for the Gujarat ATS at the time of the incident.

These witnesses, Nathuba Jadeja and Gurdayal Singh, had narrated the sequence of events leading to the abduction and killings of Sohrabuddin Shaikh and others.

Justice Badar, however, had said at the beginning of the hearing on the revision pleas that the High court could not be affected by what was happening at the trial stage.

"We (the HC) are only at the pre-trial stage. All I need to check is whether charges should have been framed against these officers.

"The convictions and the decision on whether or not the encounter was fake will be of the trial court," he had said.

Justice Badar had also directed the CBI to clarify its stand on the discharge granted to Vanzara, Pandian and Dinesh.

Additional Solicitor General Anil Singh, and advocate Sandesh Patil, who appeared for the CBI, however, had said they did not wish to make any arguments in the case.

They had said the CBI did not wish to oppose the discharge granted to these officials and that it was only concerned with the two pleas that it had filed in the high court.

In January this year, another single bench of the high court, presided over by Justice Revati Mohite-Dere, was hearing the five pleas.

She had questioned the CBI's decision of not challenging the discharge orders of the three senior officers.

She had also remarked on multiple occasions during the hearing that she was not getting "adequate assistance" from the central agency in the case.

However, a month later, the assignment of some judges, including Justice Mohite-Dere's, was suddenly changed.

At the time, she had completed the hearing on four out of the five pleas.

While the change in assignments at the time had led to much speculation, the High Court Registrar had termed it as "routine".

A co-accused in the Sohrabuddin Shaikh encounter case, Aggarwal's discharge plea was rejected by the trial court last year.

He then approached the high court challenging the order, seeking parity with the others who have been discharged.

The two encounter cases were clubbed together and in 2012 the Supreme Court moved its trial to Mumbai from Gujarat.