Something Of A Scandal: Dylan's Silence On The Nobel

Is Dylan going to repeat Jean-Paul Sartre’s gesture in 1964 and reject the Nobel honour? Are there grounds for Dylan to repeat Sartre? 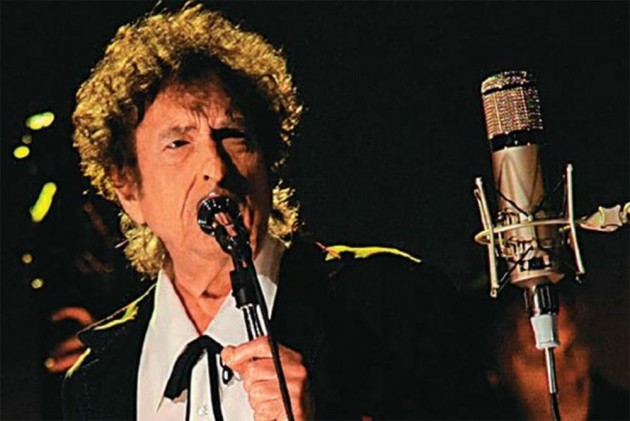 I've got some habits
That I can't explain
~ Bob Dylan, ‘Why Try To Change Me Now?’


On 13 October, the day the Nobel Prize was conferred on Bob Dylan he gave a concert at Las Vegas. He did not mention the Prize or his feelings about receiving it on that occasion. During another concert in Coachella the next day, he yet again kept silent about it. Dylan’s official website removed mention of the prize after putting up the sentence, “winner of the Nobel prize in literature” on the page for The Lyrics: 1961-2012.

The world was informed that Dylan did not respond to repeated phone calls from the Swedish Academy, which made a prominent member call him “impolite and arrogant” on public television. All this has intensified speculations whether Dylan is going to repeat Jean-Paul Sartre’s gesture in 1964 and reject the Nobel honour. Are there grounds for Dylan to repeat Sartre?

Sartre had spelt out his reservations about receiving the prize in a famous statement made to the Swedish Press, where he regretted that his rejection “has become something of a scandal”. He wasn’t aware, he said, that the award is given without “consulting the opinion of the recipient.”

Sartre’s central argument for the rejection was his political belief that a writer must refuse to be “transformed into an institution, even if this occurs under the most honorable circumstances”. He justified his rejection by explaining his consistency: He had earlier refused the Legion of Honor, never sought to become part of the Collège de France, and maintained he would not accept the Lenin Prize despite his ideological predilections. But Sartre turned back on his own principle regarding Pasternak, calling his nomination for the Nobel “regrettable” for he was “banned in its own country.” It is Sartre’s hypocritical logic that is regrettable, siding with the censorship of the Soviet establishment instead of Pasternak’s anti-institutional writing.

The literary world got fiercely divided on the news of Dylan getting the Nobel. Margaret Atwood said on BBC News, she finds a “strategically placed”, broad political message behind awarding Dylan the prize this year, with the US elections coming up and the Academy selecting a “counter cultural figure from the 60s”. Salman Rushdie and Joyce Carol Oates are the other serious literary figures to have welcomed the award.

It sounds unlikely that the lukewarm response from the literary world could have hurt Dylan. Meanwhile, there are clues on offer. Dylan ended the Las Vegas concert with his version of Frank Sinatra’s famous song, ‘Why Try To Change Me Now?’ The lyrics appear teasingly resonant for the occasion: “So let people wonder / Let 'em laugh / Let 'em frown / You know I'll love you / Till the moon's upside down.” Is that Dylan singing to his fans, his fellow Rastafarians, as much as to the wider world? That he will remain the distant mystic, the contrarian Prophet, the devil-may-care troubadour? Then there is surely a whimsical method behind his silence that has already caused something of a scandal.

Perhaps the most Sartrean characteristic in Dylan is his ability to contradict himself. Sartre often acknowledged his contradictions regarding the status of the ‘other’ and god, in his existential philosophy.

Sartre also took contradictory political stands vis-à-vis the communist regimes of his time. Dylan gave contradictory remarks in his interviews on whether he considered himself a poet or not. To Nora Ephron and Susan Edmiston, Dylan said, “I don't call myself a poet because I don't like the word. I'm a trapeze artist.”

In the interview to Rolling Stone, when asked if he was “a poet, a singer, a rock & roll star”, Dylan replied, “All of those. I see myself as it all… poet, singer, songwriter... all of it. I'll be it all. I feel "confined" when I have to choose one or the other.”

The Dylan mystique is helped by the poet musician’s refusal to attach a customary label to his creative identity and his unwillingness to grade his artistic skills.

Sara Danius, the permanent secretary of the Swedish Academy, has underscored, Dylan will remain the recipient of the 2016 Nobel Prize for Literature whether or not he delivers the Nobel lecture at the ceremony he has been invited to, whether or not he accepts the prize. The songwriter and singer will be forever tied to that acclaim as much as Sartre. By not accepting it however, Dylan will intensify debates that will no longer narrow their scope on whether he deserves the award or not. That would be the most poetic twist Dylan can offer to the tale of a world divided in its opinion regarding his literary status.

(Manash Firaq Bhattacharjee is a poet, writer and political science scholar from JNU. He has most recently contributed to Words Matter: Writings Against Silence, edited by K. Satchidanandan (Penguin, 2016).He is currently Adjunct Professor in the School of Culture and Creative Expressions at Ambedkar University, New Delhi)