Sona Mohapatra’s New Song For World Music Day Puts A Spotlight On Our Most Valuable Gift In These Times; People Who Make Us Feel Valued

'We don’t know how things are going to play outpost lockdown, so I am preparing for life in the shadow of Covid-19. The music community won’t have any source of income, especially in the coming years.,' says Sona Mohapatra. 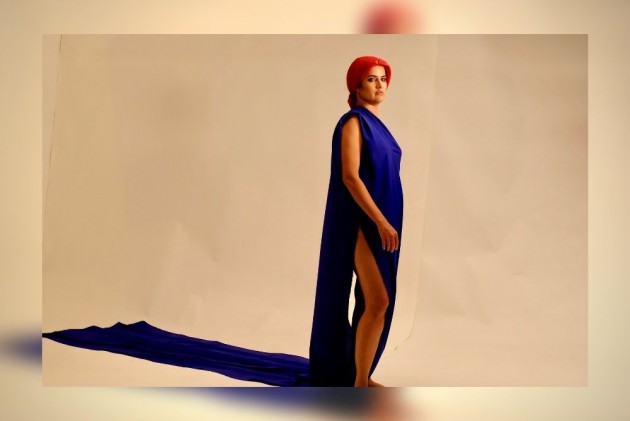 Sona has also conceptualised a music video “Portraits of Quarantine” as an idea to timestamp this tough period of isolation with a ‘moving photo album’ of her band, crew and team members and further on the people they have shared this tough, unpredictable lockdown with. There is also a message to many who are battling loneliness and depression to reach out and seek support.

Tell us a little bit about your music video?

The music video of my song, “Nit Khair Manga” is a collaboration between me and the incredible painter, artist Asit Kumar Patnaik. While in the west, there’s a long tradition of music videos being inspired by great art and artists, our video is the first of its kind in India.

The west has seen such collaborations with Cold Play’s Viva La Vida video inspired by the famous work of Eugene Delacroix, one of the most representative painters of nineteenth-century French Romantics and Rihanna’s Rude Boy, inspired by the iconic work of Keith Haring but this is India’s first such release.

Since our song is a contemporary re-interpretation of a Sufi classic, I wanted the visual imagery of the song to deviate from the obvious and portray more symbolic imagery that stands the test of time.

Tell us about the collaboration with painter Asit Kumar Patnaik?

The visual imagery of my video brings to life some of Asit’s paintings and I inhabit the character of the ‘Red Woman’ who is a recurring motif in his work. Patnaik’s semi-clad muse captures complex emotions of a woman in a man’s world navigating desire and other complex emotion and we have tried to infuse the spirit of his work in the video because his work speaks about interaction between the genders in a uniquely Indian way. He also uses a very specific palette and style that keeps evolving in his work, so incorporating that into the video was a task and a pleasure.

What made you come up with this idea?

I have been a long-time fan of Asit’s work and the Red Woman grabbed me from the very first time I encountered her in a painting of his I had seen in Hyderabad.

This red muse of Patnaik also deeply resonated with my artist alter ego, ‘Lal Pari Mastani’, a moniker my fans have known me for over a decade.

She has so many layers to her as does all of Asit’s work, so it was an idea that was slowly taking shape in my subconscious. I found the best vehicle for it in our song, “Nit Khair Manga”, because the idea of unconditional love is something that transcends traditional definitions of love. There’s much more to love than boy meets girl and Asit’s work captures that in a unique, unsentimental way.

Tell us about dinning the redhead and the whole experience about it?

To me, The Red Woman is much more than a character. She has Asit’s life and stories in her. She carries millennia of joys, ecstasies and tragedies the come from Asit’s roots. It’s a divine
expression of the feminine in Asit’s work and I felt privileged to embody her. When it came down to actually shooting, it wasn’t that simple at all. The hair, the clothes and the props, all took some getting used to. I also had a very clear agenda of not trying to hide my curves but flaunt them proudly. Thankfully the director of the video, Rakshak Diwan and his partner Neeti, were absolute sweethearts as was my friend, Deepti Gupta, who was filming behind the scenes footage for our documentary film, “Shut Up Sona”, so having all these people watching over me and having my band members around was a source of comfort. It was a tough shoot but a memorable one.

Tell us about your music video ‘Portrait of Quarantine’?

We don't have to have "mental illness" to experience psychological issues during COVID-19's stressful impact on humanity. To cope, everyone needs connection and compassion. If we are lucky we have shared this quarantine period with someone who provides that support, be it by being physically around or even available virtually. This music video is an ode to that. World Music Day is around the corner and is a wonderful occasion that lets my whole team come together virtually to do what we do best; perform music that not only entertains people but also uplifts their soul. Crehyl Periera is a very talented young music arranger and he produced a jazz-lounge track for Ram Sampath’s composition that I know will be loved. The music video has been shot individually by each team member but edited in the Himachal Pradesh hills by Nitesh Bisht. The piano, melodica, flutes and the electric and acoustic guitars, the percussion including cajon, the Hindustani and Konakol bols performed in this track make ‘Tori Surat Unplugged’ a truly world music gem! A perfect blend of the music of the west and the east too. The last few months haven't been easy on any of us. Today when I look back, I feel it is important for us to cherish and celebrate our support systems; the ones we share our lockdown and homes with. “Portraits of Quarantine” celebrates that thought. Tori Surat is timeless poetry by a Sufi master and I hope my relationship and love with my band also endures similarly. “

What are your post-pandemic plans?

We don’t know how things are going to play outpost lockdown, so I am preparing for life in the shadow of Covid-19. The music community won’t have any source of income, especially in the coming years, so we are figuring out new ways to monetize our skills and talents. It’s going to be a rough ride, but we have to stay positive.

Who has been your inspiration in music?

I have always had a deep love for roots music, be it Folk, Reggae, Blues, Baul, Thumri, Sufi or Nirguni Bhakti music. I have always been drawn to the power of the transcendental in music, the kind that breaks barriers and unites people as that is my endeavour every time I am on stage, so that’s been my primary connection to artists as well. I love artists like Pt. Kumar Gandharva, Ustad Nusrat Fateh Ali Khan, John Lee Hooker, Girija Devi, Ali Farka Toure and Nina Simone to name but a few.

When it comes to world music, who is your favourite and why?

There’s too many to mention. World music in itself is an unfortunate and condescending term but we have made our peace with it for commercial purposes as we have with the monicker, “Bollywood” for Hindi cinema. As of now, I am listening to Cesaria Evora, Susana Baca and many other great women singers from around the world, but a song I frequently return to is, “Volver” sung by the incredible Estrella Morente. That song truly captures the magnificence of the Flamenco art form.