The actor, who is currently undergoing treatment in New York for the fatal disease, took to Instagram to pen down a heartfelt message for her 12-year-old son Ranveer. 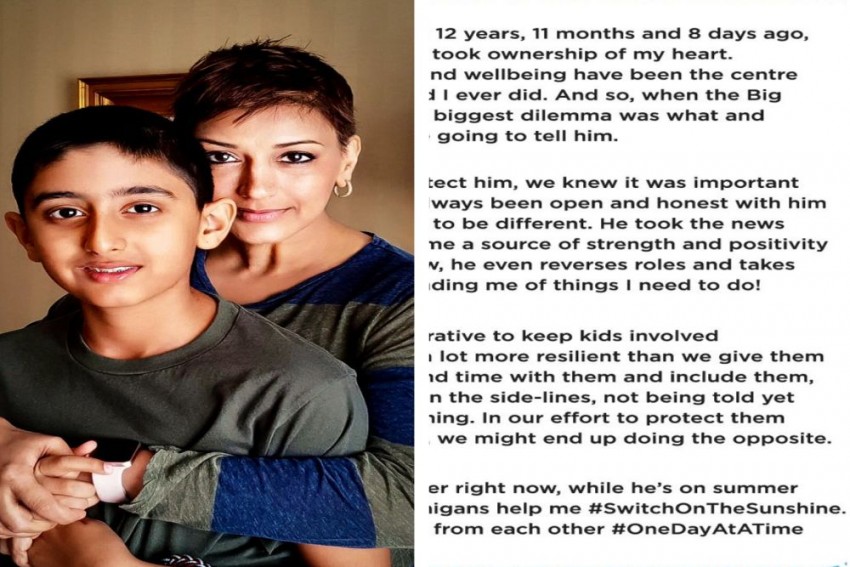 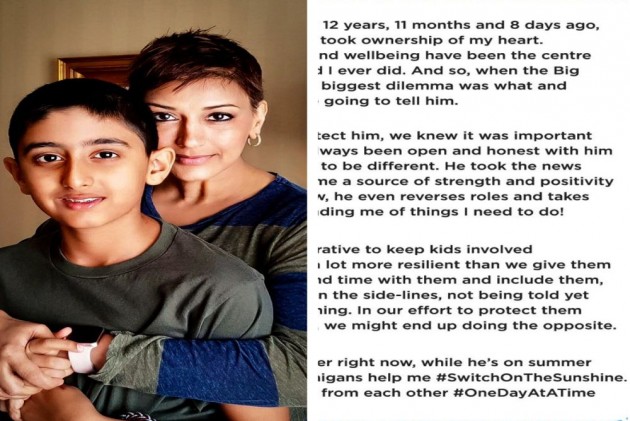 In a heartfelt post, Bollywood star Sonali Bendre has revealed that amidst cancer treatment, she is "switching on the sunshine" with the help of her son's "madness".

The actor, who is currently undergoing treatment in New York for the fatal disease, took to Instagram to pen down a heartfelt message for her 12-year-old son Ranveer.

"From the moment he was born 12 years, 11 months and 8 days ago, my amazing @rockbehl took ownership of my heart. From then on, his happiness and wellbeing have been the centre of anything @goldiebehl and I ever did. And so, when the Big C reared its ugly head, our biggest dilemma was what and how we were going to tell him," the caption read.

Sonali further wrote how she and her son are deriving strength from each other "one day at a time".

READ ALSO: Sonali Bendre, Battling Cancer, Says 'I Am Taking This One Day At A Time'

"I am spending time with Ranveer right now, while he's on summer vacation. His madness and shenanigans help me #SwitchOnTheSunshine. And today, we derive strength from each other #OneDayAtATime" she wrote.

With the post, Sonali also posted a picture where she can be seen hugging her son.

Recentky, the actor shared a video in which she appears emotional as she gets her long locks chopped into a short crop. She also shared a series of pictures after her haircut, one of them which featured her husband, producer Goldie Behl.

Last week, Bendre shared a lengthy note about being diagnosed with cancer on her social media accounts.

Earlier this month, the actress took to Instagram to release a statement, revealing that she has recently been diagnosed with high grade cancer.