What started as folk songs telling tales of ancestors and the struggles that they went through has now become chants of resilience as people unite to fight for the things that matter. 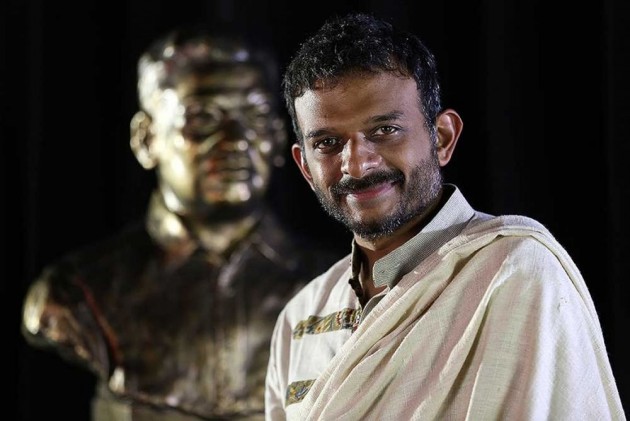 These are the lines from Nina Simone’s song, Strange Fruit, which talks about the lynchings during the Civil Rights Movement in the United States.

Pop culture, especially music, has always been heavily influenced by protests and revolution. Be it Nina Simone and Marvin Gaye in the 60s to Green Day and Hozier in the current times, protest and music have always gone hand in hand.

What started as folk songs telling tales of ancestors and the struggles that they went through has now become chants of resilience as people unite to fight for the things that matter.

We, as a country, have always had our culture strongly rooted in music, classical and folk alike. Cultural activism was always one of the most effective tools to mobilise people into making a social change. Although it is suffice to say that in recent times, activism and culture have been strictly compartmentalized.

Today, it is surprising that there are so many issues that have given rise to protests, yet the mainstream artists choose to remain apolitical in their art. Many celebrities and youth icons are known for their political stance on certain issues but choose to never speak about them in their songs or the content they create. The best example for this is music composer and singer, Vishal Dadlani, who has always come out in support of Arvind Kejriwal and the Aam Aadmi Party (AAP) through social media and spoken up against the establishment whereas none of his songs stand out when it comes to activism through his music.

With the current climate of censorship hanging heavy, most artists choose to keep silent on the issues that need to be voiced. There’s a token support for it, where the issues are only supported when it’s for a movie or an album promotion. The mainstream art is apolitical.

But amidst the silence of the ones who have influence and who can influence, there are voices that still speak out against what they feel is wrong with the society. They do not hesitate, they are not afraid.

Speaking about the relevance of music in protests, Taru Dalmia aka Delhi Sultanate, MC/lead singer of the Delhi-based band Ska Vengers says, “Music is a quintessential part of all many fundamental aspects of human life, and protest is no different. You will find that most protest movement and revolutionary movements have songs and their importance should not be underestimated. Music can effectively communicate feelings and forge a sense of unity, it can also galvanise people into action.”

Ska Vengers is popular not only for their music but also their politically-heavy lyrics on territorial divisions in Kashmir to censorship under the current government to human rights abuses in Manipur.

Speaking on the culture of dissent and their music, Dalmia says, “We didn't really have an agenda to make protest music. On one level it comes with the genre. Reggae music has always been revolution music. Secondly, if you're not completely blind or callous you'd be aware of the staggering systemic violence around us. The company state is running rough shod over the people and nature of this land. For instance, if you'd live as a white pop band in apartheid South Africa and went on happily making pop music in oblivion to events around you. Wouldn't you be culpable and complicit? Things in today’s India are not much different in many ways.”

With artists like Ska Vengers, who choose to speak out through their music and bring political issues to light, there’s another artist, Thodur Madabusi Krishna or popularly known as TM Krishna, a Carnatic music vocalist, who is choosing to speak out against caste elitism in Carnatic music.

In 2016, Krishna moved away from the mainstream and launched a Carnatic music festival of his own, where he attempted to speak out against the elitism in the Carnatic music industry.

“The essence of art is to wake us from ethical slumber and in its real form it challenges status quo. Art is the soul of a revolution. But, let me make it clear, art on its own accord does nothing. Artists have to keep it true and reflective. Otherwise, it will become just another tool of power, division and control”, he says as he talks about the importance of music and revolution in current times.

In 2016, he was also awarded the Ramon Magsaysay Award for “his forceful commitment as an artist and advocate art’s power to heal India’s deep social divisions, breaking barriers of caste and class to unleash what music has to offer not just for some but for all.”

Speaking about the current climate of the country, he says, “Fear has rarely stopped me from speaking my mind. Having said that, there is no doubt that we in India live in very difficult times. We are surrounded by hate and anger and this is being aided and abetted by the establishment. We live in a democracy where fear is being used to tame our minds into unquestioning silence. This should trouble everyone, even those who oppose my every thought. India is moving in a dangerous direction and we need to arrest this slide.”

Talking about what inspired him to speak against the elitism, he says, “Every time we experience art in its entirety we are offered an opportunity to challenge all our limitations. Music does that to me and this organically led me to asking difficult questions about myself and everything else I witnessed.”

With people coming out and raising their voices against various social issues collectively, it becomes important for an artist to use their platform to provide a support for the issues too. Art, especially, music, has always been something that has had strong roots in the revolution.