The Union minister also highly praised sports icon MC Mary Kom, who was present on the occasion, for her dedication towards her different responsibilities. 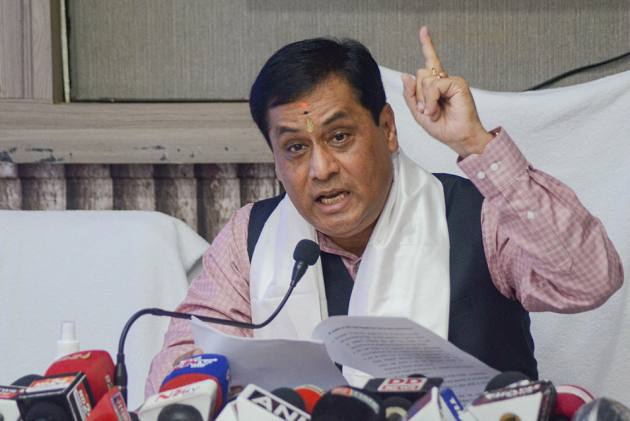 Union Minister Sarbananda Sonowal on Sunday said humanity and technology have to work together to build a better future and exhorted the student community to play their role in ensuring it.

Sonowal also underlined the role of youth in nation-building and urged them to contribute to the country’s growth. Speaking at the inauguration ceremony of the Varsity Week of Dibrugarh University, Sonowal said the age-old traditional knowledge should be translated to benefit modern times.

“There is a need for scientific validation of India’s traditional systems of medicine and ensuring that the rich biodiversity of the North East is explored to push further growth of the region,” the AYUSH minister said. “Economy and ecology, humanity and technology have to walk hand in hand to build a better future,” he added.

The Central government, under the leadership of Prime Minister Narendra Modi, is making efforts to empower the youths as they are the building force of the nation, the Minister for Ports, Shipping and Waterways added. He announced that financial assistance will be provided by the Ministry of AYUSH for the setting up of a Herbal Garden and Nursery and a Research Centre on the Dibrugarh University campus.

The Union minister also highly praised sports icon MC Mary Kom, who was present on the occasion, for her dedication towards her different responsibilities. “From being a mother of three to winning six World Championships, MC Mary Kom is an achiever of the highest order. She is an inspiration for all of us,” Sonowal said. The acclaimed sportsperson in her speech spoke on the importance of hard work and dedication for achieving anything in life.

“Hard work and dedication are necessary to become successful in life. Everybody is a special human being because everyone is different and have special qualities. “Through, hard work, dedication, and strong determination, one can showcase his/her talent,” the pugilist who is also a Rajya Sabha MP added.

Sonowal interacted with students of 22 countries studying at Dibrugarh University on the sidelines of the programme. The students introduced themselves in Assamese and presented a recitation of the state song, Lakshminath Bezbaroa’s ‘O Mur Apunor Desh’.