In the end, the difference was the execution of the powerplays. South Africa smashed 42 runs, losing just the one wicket, while Australia could manage only 27, and lost their top three batsmen. 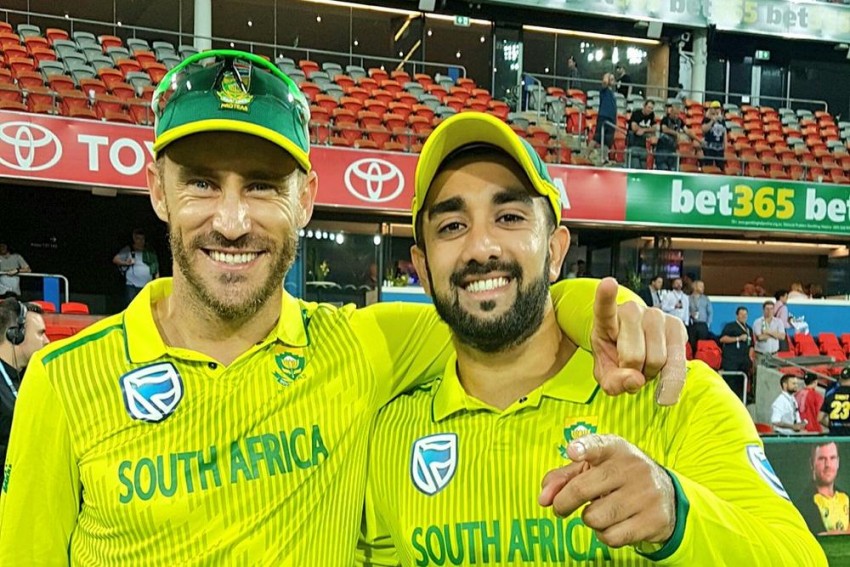 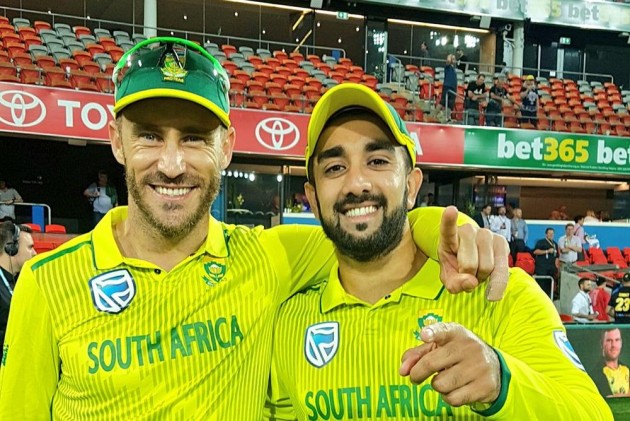 Pacer Chris Morris and spinner Tabraiz Shamsi starred with the ball as the Proteas restricted Australia for 87 for seven after posting 108 for six total in the 10-overs a side match.

Morris claimed the wickets of D'Arcy Short for a golden duck and Chris Lynn for 14 in his opening over to trigger a wicket slide, while took one wicket conceding 12 runs.

The Australians fell away from 21 for one after two overs to be 60 for six upon the dismissal of Alex Carey for eight in the seventh over.

Glenn Maxwell was Australia's top scorer with 38 off 23 balls with two sixes but was guilty of moving around the wicket and missing hittable deliveries as the pressure mounted on the home side.

In the end, the difference was the execution of the powerplays. South Africa smashed 42 runs, losing just the one wicket, while Australia could manage only 27, and lost their top three batsmen.

Earlier Andrew Tye and Nathan Coulter-Nile claimed two wickets each as South Africa reached 108 for six after being sent into bat.

The Proteas got away to a flyer with opener Quinton de Kock clubbing 22 off 16 balls with two sixes and skipper Faf du Plessis hitting 27 from 15 balls.

The South Africans raced to 42 inside the opening three overs before Coulter-Nile claime the wicket of Reeza Hendricks for 19 caught in the deep by Ben McDermott.

Maxwell had de Kock stumped by wicketkeeper Carey and two overs later du Plessis fell to a brilliant leaping catch over the boundary rope by Maxwell off Billy Stanlake.

That left South Africa at 84 for three, triggering a rash of late wickets for only 24 runs.

Heinrich Klaasen chipped in with 12 and David Miller hit 11, before he was the first of Tye's wicket double.

Tye bowled out his only two overs at the end of the innings to finish with two for 18 while Coulter-Mile captured two for 19.

The match was reduced to 10 overs a side after heavy rain prevented a scheduled start.

South Africa went into the T20 match after a 2-1 ODI series win over Australia.

The T20 is the start of four matches for Australia over the next week with three internationals against India.