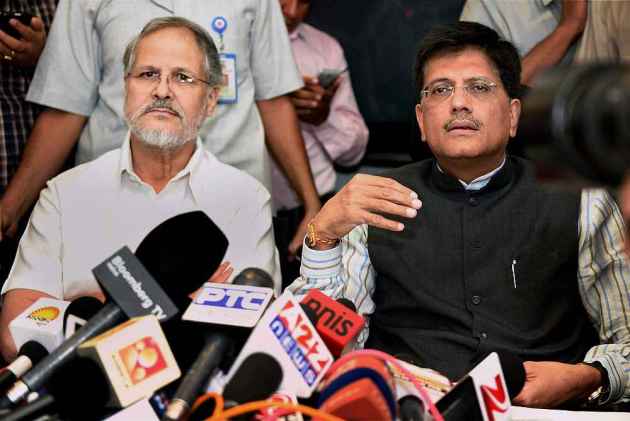 Congratulations for assuming the office of the Prime Minister and also for grand success of your party. I sincerely hope that you and your government will be soon able to fulfil the expectations of the people from the new government.

Delhi is currently reeling under massive power cuts. In the months of January and February, when the Aam Aadmi Party was in power in the state, people were getting uninterrupted power supply for all 24 hours of the day. However, last few days many areas of the city are facing long power cuts. In this scorching heat, due to power cuts, people are facing extreme hardship.

The union Power Minister in his press conference on Wednesday stated that there was no shortage of electricity and the reason for these power cuts was technical difficulties. Even going by the statement of Mr Piyush Goyal, it is clear that the private power distribution companies (discoms) are not doing their job properly. There is an urgent need to strictly fix their accountability.

It, however, appears that the government is shying away from fixing the accountability of discoms and at times one gets an impression that the government is trying to protect these discoms. According to the licensing agreement signed by these discoms with the government , it is their responsibility to ensure the maintenance of their equipments and network so that the people get uninterrupted power supply. On this pretext power tariffs have been hiked in Delhi from time to time and despite all this if these discoms are failing to provide 24-hour electricity supply, they should be dealt with sternly.

When I was the Chief Minister of Delhi, even then these discoms  had attempted to blackmail the government, but when they were told in clear terms that deliberate power cuts would lead to cancellation of their licenses, it led to immediate improvement in their work and behaviour.

You are therefore requested to strictly enforce the accountability of these discoms, so that people of Delhi are provided with immediate relief.

The AAP government had reduced the electricity tariff by half by providing subsidy. This had come as a big relief to people of Delhi. Since our government did not last beyond February, therefore this relief lasted only till the completion of the previous financial year, which ended on March31, 2014.

Since April 1 electricity bills have been doubled, the former Congress led UPA’s central government did not do anything to extend this relief after the imposition of President’s rule. Now Delhi is being indirectly ruled by your central government and I would like to draw your attention towards the fact that during the last assembly elections held in December, the BJP had promised 30% reduction in electricity tariff.

I would, therefore request you to reduce the electricity bills in Delhi by resuming the subsidy.

I want to come and meet you with all the MLAs of the Aam Aadmi Party to place all these issues before you. I will be highly obliged if you can spare 10 minutes from your busy schedule for this meeting.