With the introduction of the GO facelift and the Hyundai Santro nearing launch, where do old players like the WagonR, Celerio and Tiago stand? We pit them against each other on paper to find out 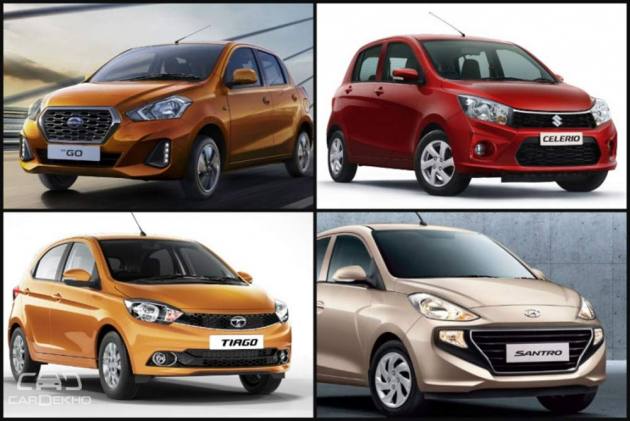 Datsun has updated the GO hatchback in terms of looks and features, and now we have official details about the upcoming 2018 Hyundai Santro as well. Needless to say, the competition in this segment is cut-throat and in order to make picking one car easy, we have compared the specifications of each of these models. 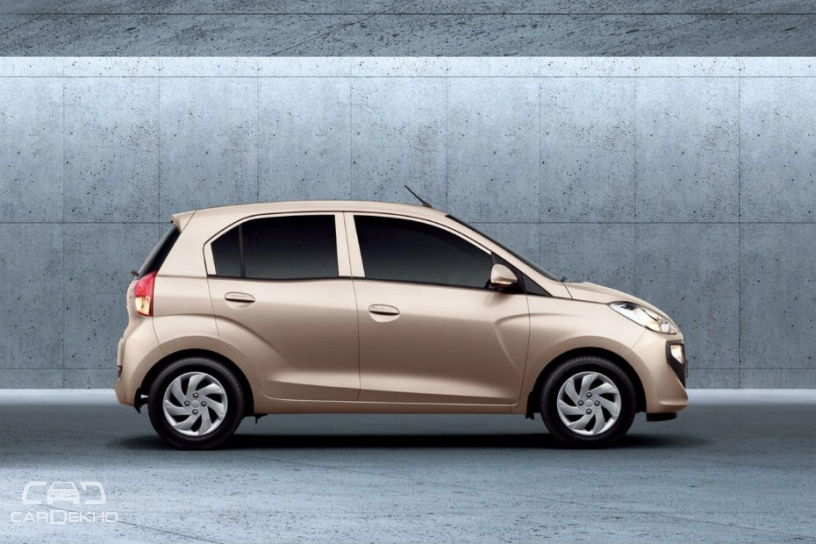 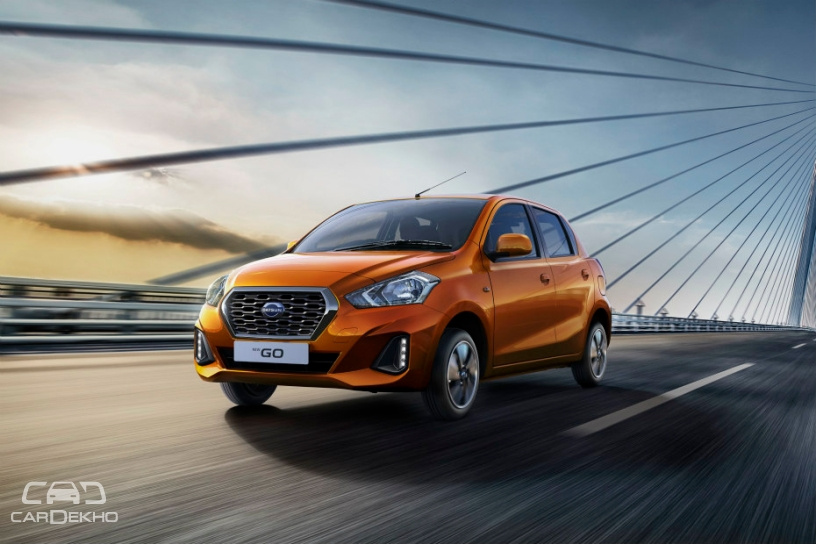 The new Datsun GO is the longest of the lot with the longest wheelbase as well. The Maruti WagonR is the tallest, but also the narrowest, by more than 100mm compared to the rest. In terms of boot space, the GO wins again. However, not all the measurements of the all-new Hyundai Santro are available yet for this comparison. 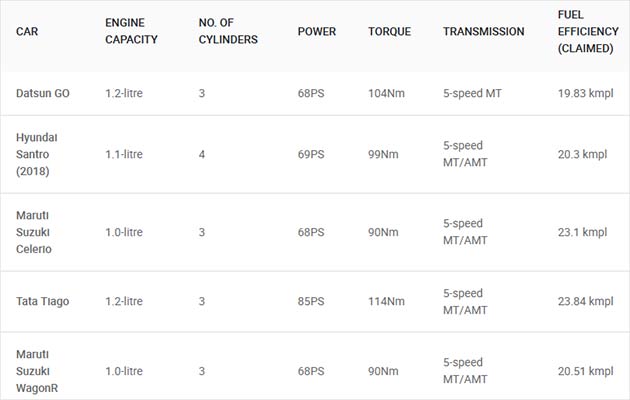 Both the Datsun GO and Tata Tiago have bigger 1.2-litre engines. Besides being the most powerful car in this comparison, the Tiago is also the most efficient as per the claimed figures. The GO is actually the least fuel efficient car in this list and the only one that doesn’t offer an automatic option.   The Santro, WagonR and Celerio also come factory-fitted with CNG fuel kits, trading in boot space for increased fuel efficiency. On the other hand, the Tiago is the only car here with a diesel engine option. 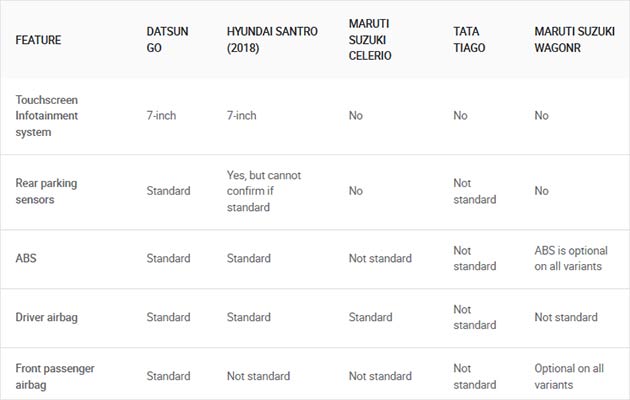 The updated Datsun GO gets a modern infotainment system, and more safety features as standard than its rivals, but misses out on steering-mounted controls. The Maruti cars get the least safety equipment as standard, and the infotainment definitely needs an update. While the Tata Tiago doesn’t get a touchscreen infotainment yet, it is expected to get one in the top-spec variant with the next facelift. The upcoming Hyundai Santro is also well equipped compared to the competition.

Datsun has undercut all its rivals with the pricing of the updated GO. The fact that it gets all the basics right makes it a package worth considering now. Prices for the new Hyundai Santro will be announced on 23 October 2018 and bookings are already open. The 2018 Santro appears to be a promising product and you can read more about it here. But competition in this segment will be more fierce than ever once Maruti Suzuki launches the new WagonR in January 2019.