With the introduction of the new Santro and the GO facelift, where do old players like the WagonR, Celerio and Tiago stand? We pit them against each other on paper to find out 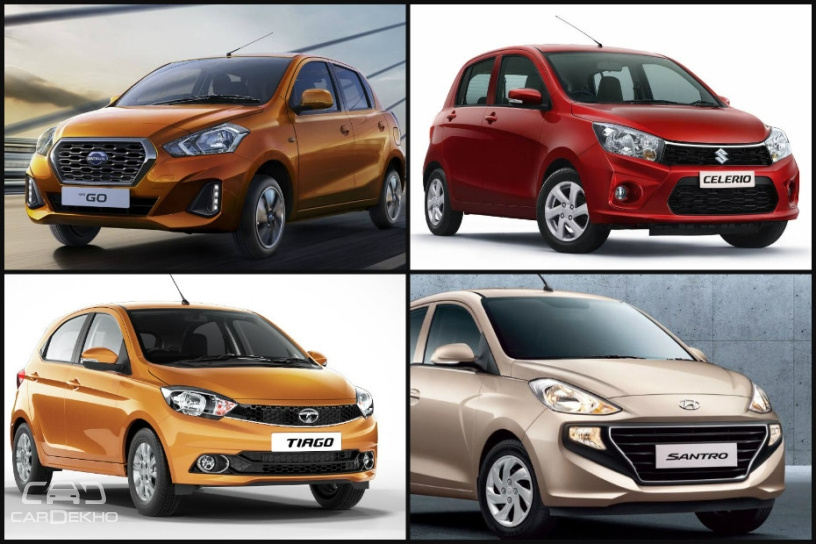 Hyundai has launched the new Santro in India. It rides on a new platform which Hyundai calls K1 and is not an entry-level Hyundai anymore. So, now it doesn’t compete with cars like the Alto, Kwid and redi-GO but rivals the likes of the Tata Tiago, Maruti Suzuki WagonR and Celerio and Datsun GO. With its launch, the competition in this segment has grown fiercer making it even more tough for buyers to zero-in on any one product. A spec comparison might not make you zero-in on the variant you should be buying, but it might help you to shortlist the car model that suits your needs. Let’s start by comparing the measurements. 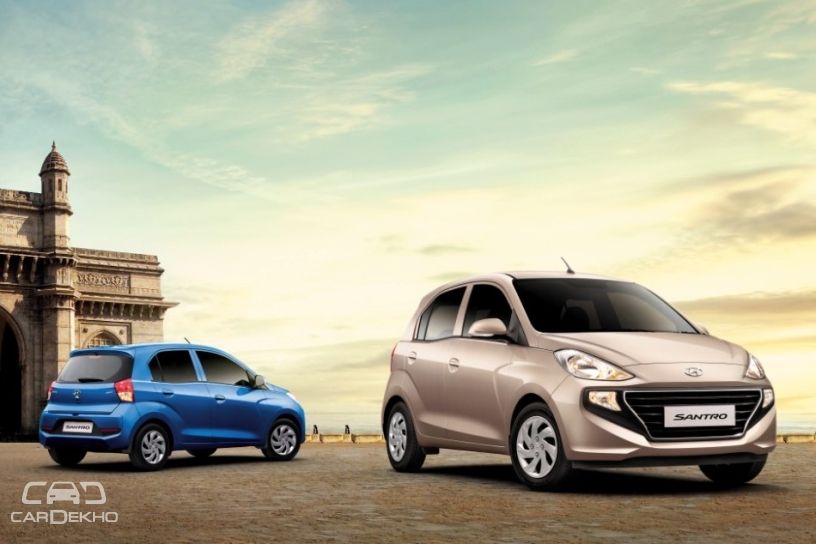 The updated Datsun GO is the longest of the lot and it has the longest wheelbase as well. That should ideally make it the most spacious too, but we’ve seen it before that wheelbase length doesn’t necessarily mean more space inside.  In terms of boot space too, it’s the GO that takes the top spot.

The new Santro is among the shortest in this comparison as far as overall length is concerned and it doesn’t have the longest of the wheelbase as well. It is, however, amongst the widest cars and while that should give it some road presence, it should also ideally make it more comfortable to seat three at the rear bench. 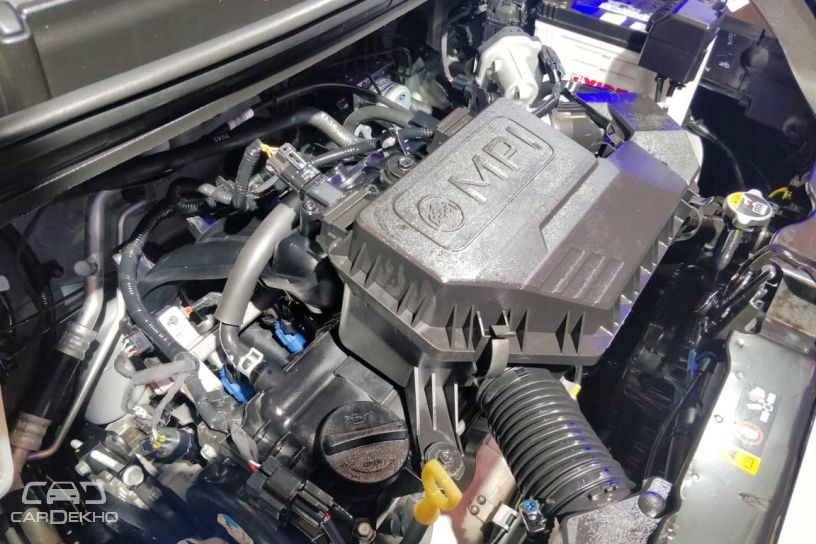 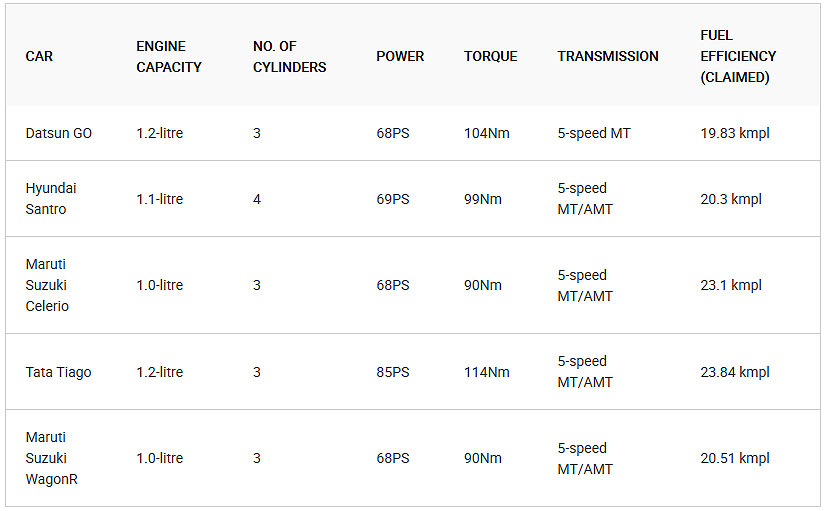 The Tiago with its 1.2-litre engine is not only the most powerful car here but is the most frugal too. It is followed by the 1.1-litre Hyundai Santro that makes 69PS, which is 1 PS more than the 68PS of the  1.2-litre Datsun GO. The WagonR and the Celerio also match the Datsun with a similar power output of 68PS. When it comes to torque, the Maruti twins remain at the back of the line with 90Nm against the Tiago’s 114Nm, GO’s 104Nm and Santro’s 99Nm.

The Santro, WagonR and Celerio also come factory-fitted with CNG kits, trading in boot space for increased fuel efficiency. On the other hand, the Tiago is the only car here with a diesel engine option. 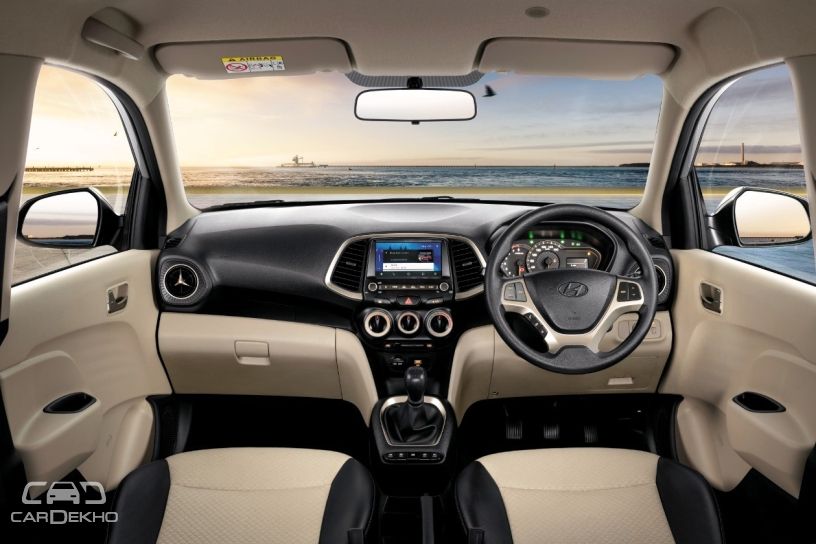 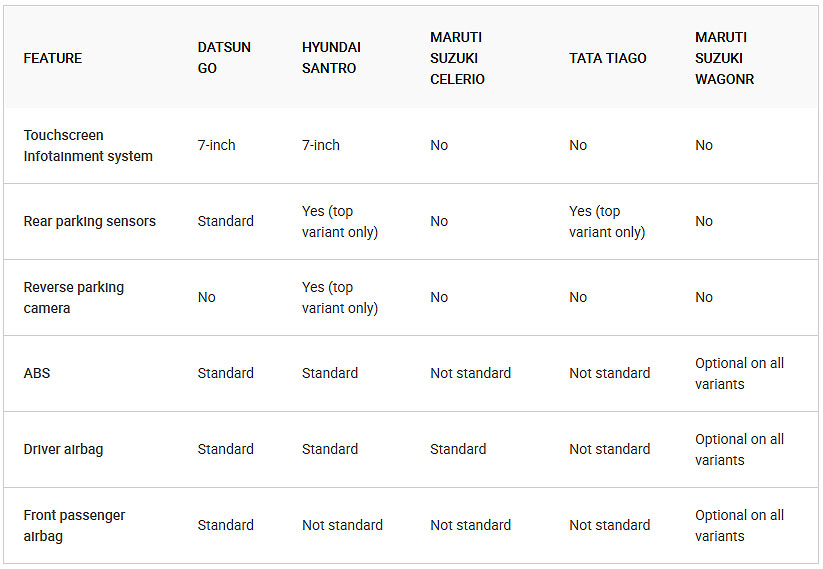 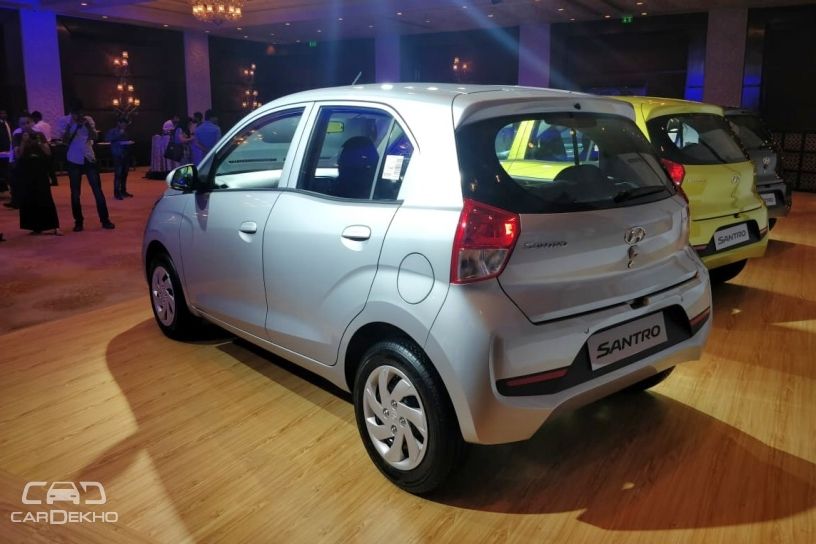 In terms of pricing, the Santro is certainly on the expensive side if you compare it with the Tiago and GO. The Datsun GO is also better equipped than the Santro in the base variant. In the top-spec variant as well, the Santro is considerably more expensive than the fully-loaded GO, while almost being at par with it in terms of features. We’ll soon come up with variants compared stories for each of the models with the Santro to give you a clearer perspective of which cars offers better value for money at a given price.

The introduction of the new Santro and the facelifted GO has surely turned on the heat in this segment. But competition in this segment will be more fierce than ever once Maruti Suzuki launches the new WagonR in January 2019.