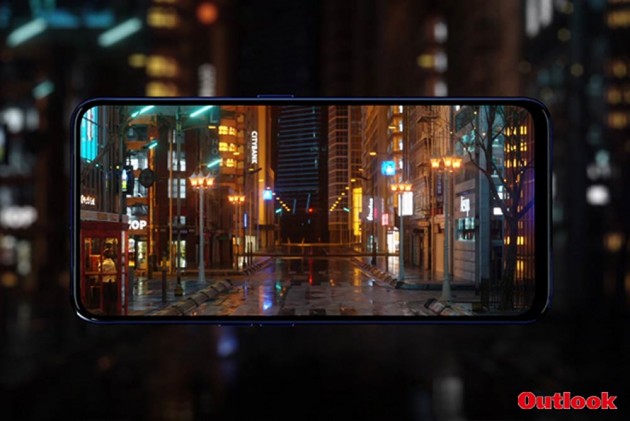 In India, if there is one consumer category that is almost at war, it’s the electronics particularly the smartphones. Almost every month we hear of a new device introduced by one of the key players and we are always contemplating the possibility of the next big thing.

Contributing to the growing heat, Chinese Smartphone maker Oppo recently launched two new phones in India namely F11 and F11 Pro under its popular ‘F’ series. Keeping-up the momentum, Oppo has once again surprised fans with an exciting new offering and the newly-launched smartphones are more than just a selfie-centric smartphones. Priced in India at Rs. 24,990, the Oppo F11 Pro is equipped with the powerful MediaTek HelioP70 processor and also offers a 16MP Pop-up selfie camera. It is reported that Oppo F11 Pro is giving tough competition to rivals like Xiomi and Vivo in mid-range smartphone segment.

Be it a birthday, farewell or any other party, it never ends until everyone gathers for a groufie (group selfie) and then what normally happens is a very rapid assessment and people will say “use that phone, it has the best camera”. Well, if you’re sporting the Oppo F11 Pro, you will most likely hear this quite a bit. 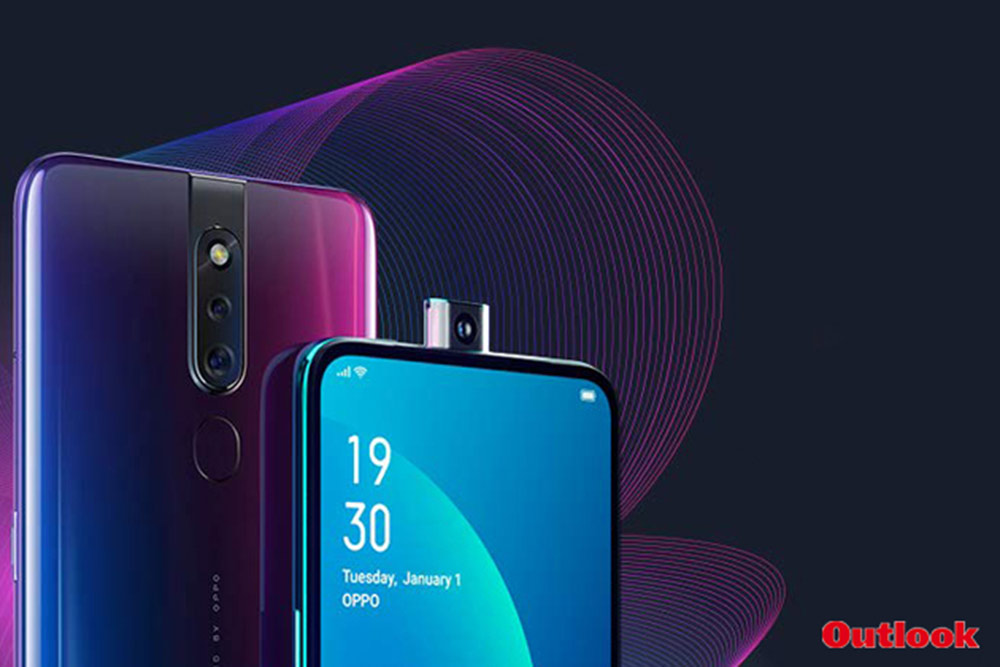 16MP pop-up selfie camera is clearly a value addition given the cost of this phone. Selfie-lovers will certainly adore this selfie camera that swiftly pops-up from the center of the mobile screen as you switch the camera to selfie-mode. Selfies taken by us using F11 Pro not only look better, but centered and clearer too. Pictures taken using front-facing shooter are sharp, crisp, and skin tones are handled well with a natural appearance. In spite of only being one lens on the front Portrait mode photos are convincing enough. There’s good separation between the subject and background and, most of the time, you won’t find any mistakes that make the shots look artificial.

The camera also offers an Ultra Night Mode setting to allow its users to get a perfect shot in extremely low light setting using AI and multi frame image processing technique. The results of this mode are clearly outstanding.

If you’ve been keeping a close eye onto Oppo’s recent portfolio of smartphones, one thing is certain that they have been making some of the most attractive smartphones available in Indian market; the Oppo F11 Pro is no exception.

One of the first things that catch your attention as you unbox Oppo F11 Pro is the stunning triple-colored gradient back glass; available is two colors – Aurora Green and Thunder Black. The back glass gives this phone an ultra premium elegant appearance. In the unique Aurora Green review unit with us, the triple-color gradient smoothly fades from a dark green to sea-green and then to blue. The light after hitting the glass back reflects into a sleek ‘S’ shape curve which gives it an ultra-premium look. 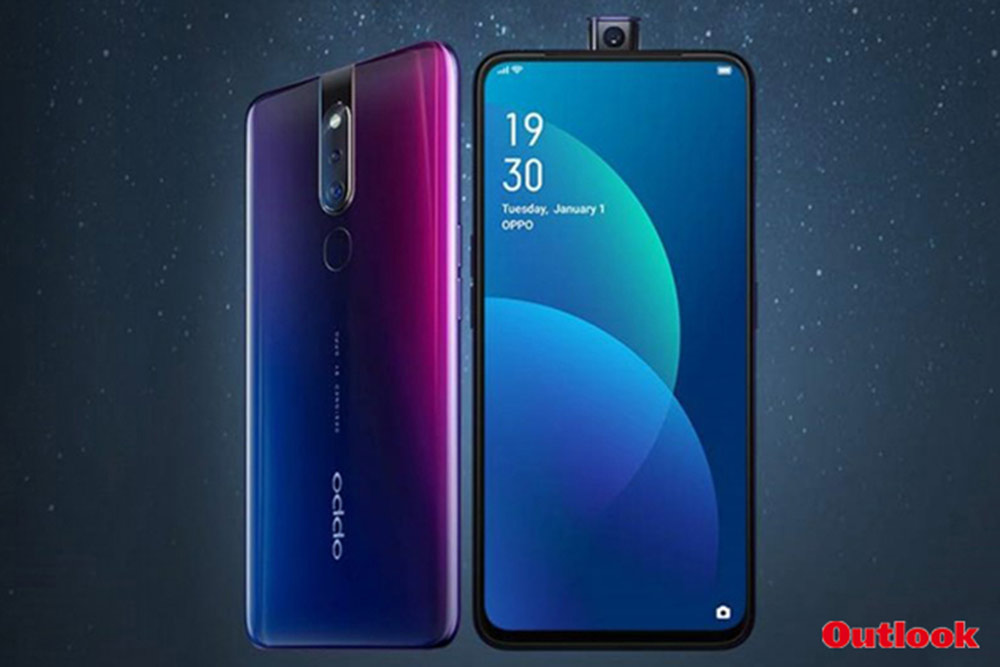 Oppo has done some excellent work already with gradient colors in a number of their previous devices but Aurora Green is just completely out of the league. There are similar remarks out there for the other variant too. Pictures don’t do justice to how stunning this phone looks in your hand.

In an era where smartphones are all almost identical in appearance, some of the more subtle design touches, like the green accent on the power button Oppo’s signature crescent arcs on the top and bottom part of the frame makes Oppo F11 Pro stand out in the crowd.

Another feature that makes Oppo F11 Pro a preferred choice is there because of the 16MP pop-up selfie camera that allows this device to display a completely edge-to-edge, 6.53-inch inch Full HD+ LCD display.

An impressively high 90.9% screen-to-body ratio resulting into the near bezel-less screen with no notch gives the phone a super clean looking front while offering excellent color, incredible contrast and brightness, and wide angles. Even in sunlight the phone produces a fantastic image. Though it won’t be quite as stunning as some of the higher resolution AMOLED displays found on top-tier flagships, but it still looks great.

Another impressive feature of Oppo F11 Pro is that it comes with a large 4,000 mAh battery that also supports VOOC 3.0 superfast charging. It took the reviewer nearly 80 mins. to get the phone fully charged that comfortably lasted for a full day even after more than average usage including social media, filming and gaming. We also tested Oppo’s claim, “charge for 5 minutes and enjoy 2-hour talk” and to no surprise we found it correct.

A key factor behind such stellar battery performance is The MediaTek Helio P70 octa-core processor powering Oppo F11 Pro. The chip is built on the 12nm FinFET process which is more reliable and its three independent image signal processors (ISPs) are also responsible for reduced power consumption.

Oppo F11 Pro is powered by MediaTek Helio P70 processor and 6 GB RAM. MediaTek SoCs have always been about cost efficiency and introducing high-end features to more affordable mid-range smartphones and 6GB of RAM. It’s not the most powerful set of internals, but the Helio P70 is a more than adequate chipset and offers a 13% performance boost over the previous generation P60.

In everyday use, our Oppo F11 Pro review unit has offered a fluid experience. Apps are quick to load, navigating through the interface is smooth and responsive, and multitasking between apps poses no issues. Gaming on the F11 Pro is also a great experience. Graphically demanding games run very smoothly with no signs of stuttering or lag. Oppo has developed its own performance acceleration engine called Hyper Boost for more responsive performance in daily operation and in gaming. It can intelligently allocate system resources for an improved gaming experience.

To cut the long story short, the Oppo F11 Pro is an elegant, efficient and powerful mid-range smartphone with all new-gen hardware supplemented with a stunning gradient-colored design.

Aatmanirbhar In Defence: An Unconventional Will To Fight

Green Club 5 Hundred: The Last Word In Plywood Is Here

Digital Gold Is In Its Infancy

A Splash Of Happiness

Either Be Rich Or Be Excited...The Choice Is Yours.

I Grew As A Player In HCL, I Am A Playing Coach In Sify