Former Sri Lanka sports minister Mahindananda Aluthgamage had alleged that the 2011 World Cup final, which India won, was fixed by "certain parties" leading to an inquiry by the Special Investigation Division of the Police 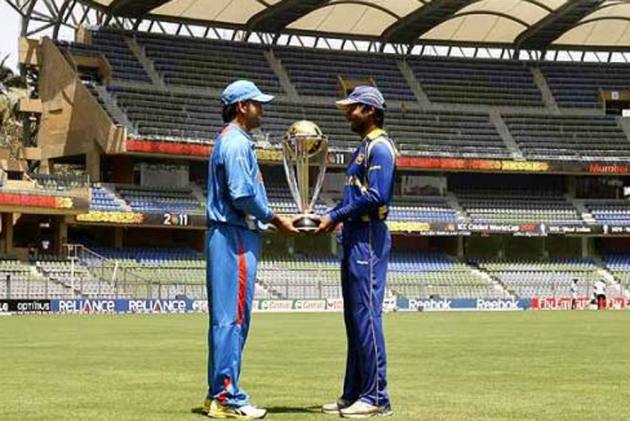 The Sri Lankan Police on Friday ended its investigation into allegations that the country's 2011 World Cup final loss to India was fixed, saying it found no evidence after recording statements of stalwarts like Kumar Sangakkara and Mahela Jayawardene. (More Cricket News)

Former sports minister Mahindananda Aluthgamage had alleged that the final, which India won, was fixed by "certain parties" leading to an inquiry by the Special Investigation Division of the Police.

"We will be sending a report to the Secretary, Ministry of Sports who directed us. We have concluded the investigation following an internal discussion held today", Jagath Fonseka, police superintendent Fonseka, in charge of the special investigation unit on prevention of offenses relating to sports, told reporters.

According to Fonseka, the 14-point allegations levelled by Aluthgamage, could not be corroborated.

"We see no reason why players must be further questioned", Fonseka added.

Fonseka's investigation unit interviewed Aravinda de Silva -- the then chairman of selectors --, Sangakkara, the captain at the final, Upul Tharanga, one of the openers and Mahela Jayawardene.

De Silva and Sangakkara, the sitting president of the MCC, were quizzed for over six and 10 hours respectively by the police, which led to protests outside SLC office on Thursday.

Fonseka said the three cricketers, who gave statements, had adequately explained the reasons for sudden team changes in the final -- one of the accusations made by Aluthgamage.

The former sports minister had raised doubts about four changes in team selection in the final.

"We felt that summoning all players to give statement would create an unnecessary uproar," Fonseka said adding that despite Aluthgamage's claims the ICC hadn't pursued the matter.

The quizzing of players drew public ire and the former sports minister was subjected to criticism for raising the issue after nine years of the event.

Aluthgamage claimed that he believed that players were not involved but couldn't prove how could a match be fixed without involvement of the participants.