Australia and Bangladesh fought out a high-scoring and hugely entertaining Trent Bridge tussle - and the Cricket World Cup holders took the win. 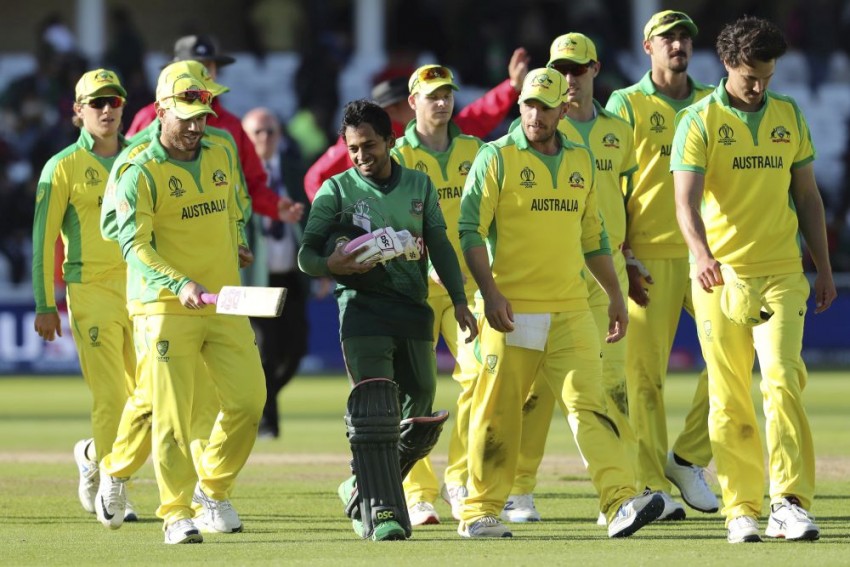 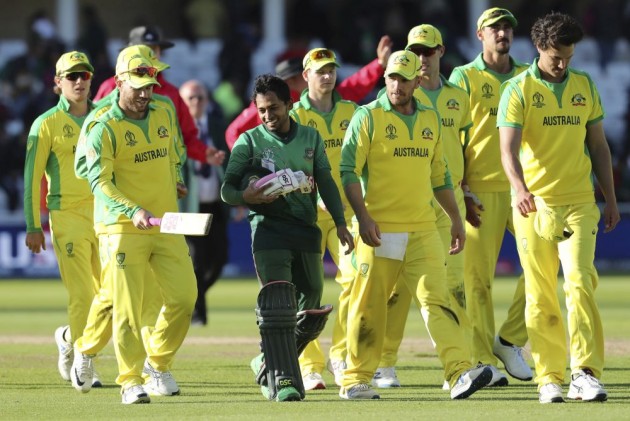 Australia captain Aaron Finch admitted he was fearing being on the end of a stunning Bangladesh run chase in their high-scoring Trent Bridge clash. (HIGHLIGHTS | SCORECARD | POINTS TABLE | FULL SCHEDULE)

The defending champions eventually secured a 48-run victory to move a step closer to the semi-finals of the 2019 Cricket World Cup.

But after posting 381-5 the result should never have been in doubt, and the fact Bangladesh could reach 333-8 and threaten at one stage to get much closer was worrying to Finch.

ALSO READ: Warner Shares His Thought After Scoring 166 Against Bangladesh

Mushfiqur Rahim and Mahmudullah put on 127 for Bangladesh's fifth wicket but the run rate eventually became too demanding. Mahmudullah's dismissal for 69 precipitated a lower-order collapse and Australia were comfortable enough winners in the end.

Asked if he was getting butterflies at any stage, Finch said: "Absolutely. Every time a team starts to get a partnership going, and they're experienced players – I think that's what worries you a lot at times, the experience of the players.

"When they get in they know how to get home in a run chase. I thought our boys held our nerve pretty well though."

Mushfiqur went on to reach 102 not out, and Tamim Iqbal at the top of the order also made a useful 62.

Finch accepted Australia's error-ridden fielding had been uncomfortable to experience.

"Very sloppy, wasn't it," he said. "It was disappointing actually because we always pride ourselves on our fielding. Early on it was quite wet and slippery but no excuses… pretty poor."

Australia opener David Warner made a superb 166 – his second century of this World Cup and 16th in ODIs.

It puts him joint third with Adam Gilchrist in the ranks of Australia's most prolific century makers in the 50-over format, and Warner said on receiving his man-of-the-match award: "Obviously it's a great achievement. But I think for us it's about getting these two points and then moving on to the next game at Lord's."

England are Australia's next opponents, on Tuesday.

Bangladesh captain Mashrafe Mortaza said: "When we batted I thought Mushy, Shakib [Al Hasan] and obviously Tamim batted so well. I think 381 is just too much."