In the process, Depay scored his 13th goal of the year for the Netherlands surpassing Patrick Kluivert's Dutch record of 12 in a calendar year. 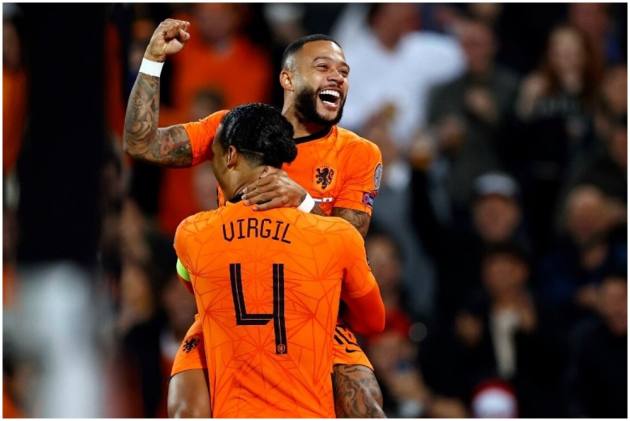 Depay put his disappointing club season at Barcelona behind him with a productive night at De Kuip Stadium in Rotterdam against one of the world’s football minnows. His first goal of the night was his 13th of the year for Oranje, breaking the Dutch record of 12 in a calendar year by Patrick Kluivert.

Depay made no mistake with his second spot-kick to put the Dutch 3-0 up in first-half stoppage time. Captain Virgil van Dijk opened the scoring with a ninth-minute header from a Depay corner, the defender’s first goal since his return from last season’s knee injury.

Wing back Denzel Dumfries made it 4-0 three minutes after the break and substitute Arnaut Danjuma, a late callup to replace the injured Cody Gakpo, scored on his return to the Dutch team for the first time since his first two internationals in 2018.

ðÂÂÂÂÂÂÂÂÂ Called up, showed up.

Another second-half substitute, Donyell Malen, completed the rout in the 86th. The scoreline could have been much worse for the visitors — the Dutch had 31 attempts on goal to Gibraltar’s one. Mohamed Elyounoussi scored both goals in Norway’s victory in Oslo.

Turkey fell behind to Latvia thanks to a Merih Demiral own goal before Serdar Dursun equalized and Yilmaz earned the winner to keep qualification hopes alive. Croatia and Russia are assured of at least a playoff place after their respective results in Group H.

Croatia midfielder Luka Modric scored from a free kick to salvage a 2-2 draw with Slovakia, and Russia capitalised with a 2-1 win over old rival Slovenia to move top of the group. Dropping points means 2018 World Cup runner-up Croatia is likely to need a win over Russia next month to qualify automatically for the World Cup.

Slovakia needed a win to keep its qualifying hopes alive and can no longer qualify. Also, Malta scored in the 98th minute to earn a point in a 2-2 draw with Cyprus.