Saudi Arabia are on an eight-game winning streak, including four victories in this round of qualifying against Japan, China, Vietnam and Oman. They have never beaten Australia before. 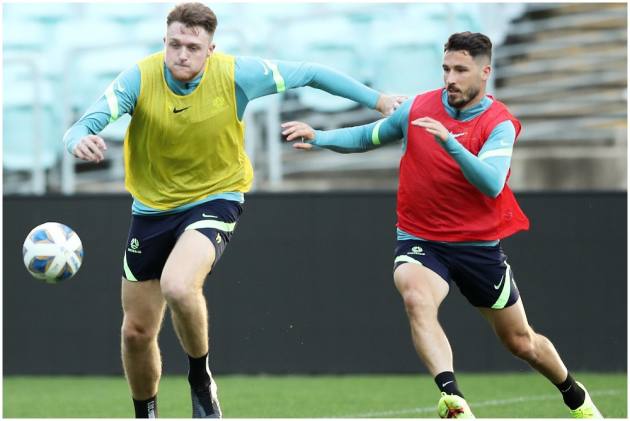 After 763 days, the Australian team will finally get to play on home soil when it host group-leading Saudi Arabia on Thursday in Asian qualifiers for the 2022 FIFA World Cup. (More Football News)

Croatia-born, Italy-based defender Fran Karacic has played five times for the Socceroos since his debut in June, but only made his first visit to Australia this week.

It’s a rare trip for the Saudi squad, too, after playing almost entirely at home during the COVID-19 pandemic. The Saudis are on an eight-game winning streak, including four victories in this round of qualifying against Japan, China, Vietnam and Oman, but have never beaten the Socceroos in Australia.

That's not surprising, considering the Australians have a formidable record in World Cup qualifying games at home. All the more reason for Australia's head coach Graham Arnold to be confident ahead of the Group B game at the Western Sydney Stadium.

“We know the Saudis are on a good run and they've played a lot of games at home in that run,” Arnold said. “I expect our mentality to be one of getting in their faces and making sure we're on the front foot right from the start and not giving them any time to play.”

Australia’s last game at home was a 5-0 win over Nepal in October 2019, when Jamie Maclaren scored three goals and Harry Souttar netted twice on debut.

The Socceroos have been forced to play all of their games abroad since then because of Australia’s closed borders and COVID-19 restrictions. Now they'll have a home crowd backing them, with Sydney out of lockdown and fans allowed at the stadium.

“It's great to be able to play in our country against Saudi and I expect a performance," Arnold said, but “it's about the three points tomorrow night.”

Australia can move level with the Saudis atop the group with a win in Sydney before traveling back to the Middle East to play China five days later. The Saudis could move six points clear by winning the first of its two back-to-back away matches in Australia and Vietnam.

In other Group B games, a rejuvenated Japan lineup is coming off a narrow win at home over Australia ahead of its trip to Hanoi to face Vietnam, and China is playing a home-away-from-home game against Oman in Sharjah.

Japan and Oman have six points each and are still in contention for the two of the group's automatic qualifying spots for Qatar 2022. Iran lead Group A with three wins and a draw ahead of its trip to Lebanon and is two points ahead of second-place South Korea.

For Lebanon, the game at Saida Municipal Stadium will be its first at home since a 2-1 win over Turkmenistan in 2019. They're on a 14-game unbeaten streak in games played in Lebanon.

The Koreans are at home to the United Arab Emirates on Thursday and Iraq and Syria will meet in Doha, each aiming for its first win of the round. Iraq has three draws and a loss, and Syria has three losses and draw.