The top four teams in South America will secure an automatic spot at next year’s World Cup. The fifth-place team will enter an intercontinental playoff for a spot in Qatar. 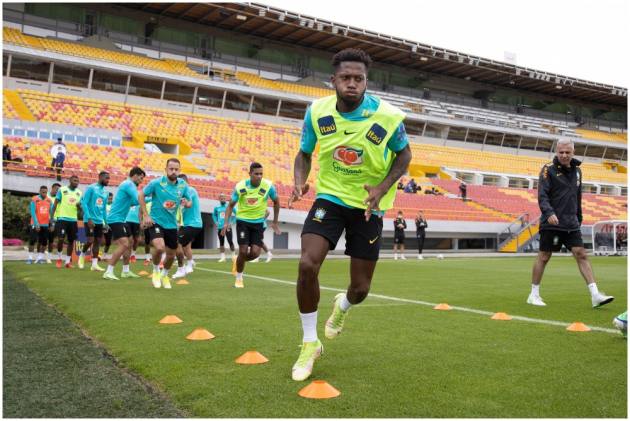 It’s been a while since Brazil had a home crowd advantage. The Brazilian team will have home fans in the stadium for the first time since the COVID-19 pandemic began when it hosts Uruguay in a 2022 FIFA World Cup qualifier on Thursday. (More Football News)

Brazil lead South American qualifying with 28 points and Argentina has 22 from 10 matches. Both have completed one less game than the other eight teams in the competition after their encounter last month was suspended after seven minutes due to health protocols.

Second-placed Argentina, led by Lionel Messi and Rodrigo de Paul, will seek to consolidate its rise when it takes on Peru just five days after trouncing Uruguay 3-0.

Ecuador and Uruguay have 16 points, but the Ecuadorians have more wins and hold third place. Colombia is fifth with 15 points. Paraguay is three points behind in sixth place, followed by Peru (11), Chile (10), Bolivia (9) and Venezuela (7).

Brazil’s unimpressive 3-1 win at Venezuela and Sunday’s 0-0 draw with Colombia did not show the team’s backbone and added pressure on playmaker Neymar. But there’s no doubt that Tite will continue experimenting with his lineup and combinations.

A win will give Brazil 31 points, which is more than every team that qualified to the World Cup in fourth position since the current format was put in place in 1998. The Seleçao will have at least another six matches in qualifying.

Meanwhile Uruguay is apparently giving up on the back five defense it used in the 3-0 loss to Argentina. Coach Óscar Tabárez brought the veteran forward combination of Luis Suárez and Edinson Cavani back together in training.

Tabarez lost another defender to injury on Tuesday, with Ronald Araújo ruled out of the Brazil match because of a muscular injury. Uruguay was already without defender José María Giménez and midfielder Giorgian de Arrascaeta. About 10,000 fans are expected to attend the match at the Arena da Amazonia.

A win against Peru will put Argentina and Lionel Messi very close to a World Cup spot, which is much different from the team’s experience in recent editions of South American qualifiers.

Coach Lionel Scaloni’s Argentina will seek another convincing victory in front of home fans to maintain its momentum since the latest Copa America title in July. He will also be keen for 10 of his players to avoid suspension ahead of two difficult rounds in November, when Argentina travel to Uruguay and then hosts Brazil.

Starters Gonzalo Montiel, Nicolás Otamendi, Rodrigo de Paul, Giovani Lo Celso and Lautaro Martínez will miss the match against Uruguay if they get a yellow card against Peru.

Five other players sitting on a yellow card are likely to be substitutes at the Monumental Stadium in Buenos Aires: Germán Pezzella, Nicolás Tagliafico, Lucas Martínez Quarta, Exequiel Palacios, and Nicolás Domínguez.

Peru has slimmer chances of qualifying for its second consecutive World Cup after its 1-0 loss at Bolivia on Sunday. Even a win at Argentina might not be enough for the Peruvians to close the gap on fifth-placed Colombia, which will Ecuador.

Also on Thursday, Bolivia will play against Paraguay and Chile will host last-place Venezuela.