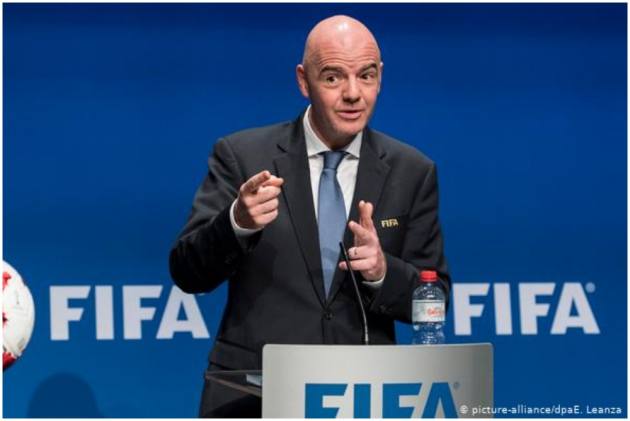 FIFA president Gianni Infantino believes the suspended 2022 FIFA World Cup qualifier between Brazil and Argentina should be decided on the pitch. The September 5 match in Sao Paulo was suspended after seven minutes due to alleged breaches of COVID-19 protocols. (More Football News)

“It is always good to decide matches on the pitch and not off the pitch,” Infantino said in a news conference on Monday in Buenos Aires. “It isn’t always possible, we have rules. Let’s see what FIFA’s disciplinary bodies decide.”

The match was interrupted when an agent from Brazil’s health agency, Anvisa, and a policeman walked onto the pitch to remove four England-based Argentina players who the agency said should be in quarantine.

At the time, Brazil imposed mandatory quarantine on foreigners coming from England. The players are being investigated in Brazil for allegedly providing false information on arrival. “That cannot happen, that a match is interrupted this way is unacceptable,” Infantino said. “That does damage to soccer.”

In South America to promote FIFA’s proposal for biennial World Cups, Infantino said if it was approved it wouldn’t change South America’s round-robin qualifying format. “Playing all qualifying in one month is not a solution," he said.

Infantino has told national football bodies in South America that the current calendar is a disadvantage for the teams of the region because their players have to travel much more to play.

“We have understood, we heard that in South America it is important to play the 18 rounds, one home and one away. We can do it with a new calendar, and that could provide more opportunities and more thrill,” he said, without giving details on how all those qualifying matches would be played for biennial World Cups.

FIFA’s proposal has been criticized by CONMEBOL, UEFA and the International Olympic Committee. Infantino also visited Venezuela, Colombia, Ecuador and Chile during his trip.