In order to ensure hotel availability to teams, officials, sponsors and media, most rooms in Qatar have already been block-booked by FIFA World Cup 2022 organizers. This will also help the organizers to prevent price gouging. 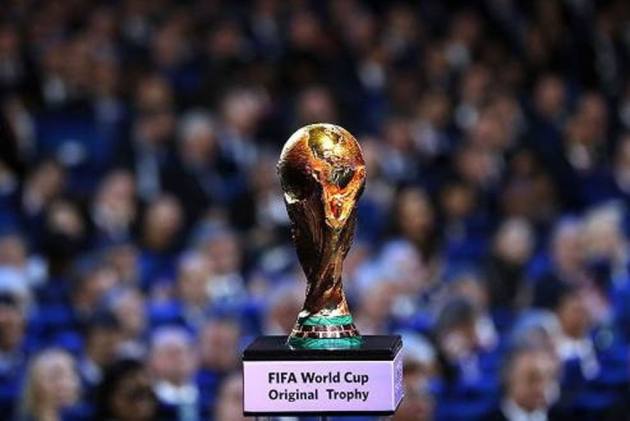 Qatar wants to attract 1.2 million people to the World Cup but will struggle to accommodate many of them. (More Football News)

With ticket sales beginning in January, supporters are in for a shock when they look for somewhere to stay: Qatar already looks sold out.

Extensive searches by The Associated Press of leading hotel chains and aggregation websites found only one property with availability for the entire tournament which runs from November 21 to December 18.

Most rooms have already been block-booked by World Cup organizers, in part to prevent price gouging, but mainly to ensure availability for teams, FIFA officials, sponsors and media.

"If a team is qualified, it’s now that people are trying to find accommodation," Ronan Evain, executive director of the Football Supporters Europe group, told the AP. "And at the moment there is nothing."

Qatar’s Supreme Committee, which in charge of World Cup planning, has provided the first details to the AP acknowledging the accommodation challenges after weeks of questions.

Only approximately 90,000 rooms will be made available to the public via a website. That is around the same number of fans from the United States who had tickets for the 2018 World Cup which was spread across Russia and had hotels available on the open market.

Yet the AP has been told that surveys and data modeling by Qatari officials based on travel to previous World Cups show they now anticipate 850,000 overseas visitors will require rooms. World Cup organizers have also said more than 1.2 million visitors will come.

The most recent data from the Qatar Tourism Authority said there are 33,208 rooms in hotels and hotel apartments.

What Qatar boasts as being its key selling point — the most compact World Cup ever with the eight stadiums within a 30-mile radius of Doha — could prove the barrier to visitors going or being able to make lengthy trips.

"It becomes a bit of a dystopian World Cup if the stadium could be anywhere in the world ... in the middle of the desert and then you just fly in and out,” Evain said. “That’s certainly not the experience of the majority of fans are looking for.”

Despite the pressures on hotel stock in Qatar, there will be no system in place to equitably split the rooms between fans of participating nations or prevent them being bought up for the entire tournament en masse.

"There will be no ballot," the Supreme Committee told the AP. “Visitors will be able to book on the accommodation portal on a first come, first served basis."

Further restricting the availability, Qatar will not allow one night stays for fans to make short trips and free up rooms for others. No prices have been disclosed.

"As is standard practice in many events around the world minimum and maximum lengths of stay will be applied,” the Supreme Committee said.

"This will be a minimum of two nights for the group stages — the same as in Russia. Long stay bookings will be possible, and even more so for visitors keen to stay for the entire tournament.”

There will be 4,000 cabins on cruise ships that will dock in Doha for the tournament. While camping in the desert had previously been touted as a means of finding space for fans, that is now being downplayed as a significant option.

"The campsite availability will make up a small percentage of the overall accommodation options in Qatar,” the Supreme Committee said. “We have always viewed the ability to camp as an offering of traditional Qatari hospitality, not as a solution to speculation around accommodation shortages.”

Flying in and out of the country for each match could prove to be the only viable option for many fans.

"We might end up in a situation where, at least for the European, and some of the Asian teams, the best option for fans will be to travel in and out on matchday which would come with a cost,” Evain said. “But also it would come with quite an extraordinary environmental footprint.”

Direct return flights from London and Paris for next November and December currently exceed $1,000; from New York it's more than double that price and from Sao Paulo even higher.

"If the focus remains on premium accommodation and if the flight prices remain where they are,” Evain said, “then there will be people that will just not be able to afford traveling to Qatar.

"We know that FIFA operates on the basis that there is this fantastic fan base somewhere in the world that is ready to pay a fortune to follow the World Cup. But previous tournament don’t show that. There are games at every tournament that are not sold out.”

The group stage features 32 teams with games across 12 days when Qatar anticipates 559,000 flying in with a peak of 276,000 ticket holders around November 27 and 28 requiring an estimated 128,000 rooms — more than the country’s entire hotel stock for fans.

Just taking November 27, after searching leading travel portals, only three hotels could be booked on the open market on the internet. The cheapest available rooms there would cost $1,028, $1,431 or $5,276 for the night.

The Supreme Committee pointed out that Moscow and St. Petersburg did not sell out the hotels reserved by organizers, but those are cities larger than Qatar with far more rooms.

"No one is seriously arguing that Qatar should build a million hotel rooms,” Evain said. “There is probably some sort of middle ground and solution, temporary housing or anything like this, but for the moment it’s hard to see this happening.”

When trying to book for the entire tournament on travel portals, the only room the AP could find on the open market was $1,056 a night at a four-star hotel near to the airport through Agoda.

The Accor, Hilton and Intercontinental, Marriott and Wyndham chains, which run most of the leading hotel brands, are all showing no rooms available during the World Cup at their 28 properties in and around Doha — the only built-up areas in the oil-and-gas rich desert nation.

The lifting of the economic, diplomatic and travel boycott of Doha by Gulf rivals does open up the possibility of fans commuting from Riyadh, Saudi Arabia or Dubai, which are both about a 90-minute flight from Qatar’s single airport.

"They are countries with an even worse human rights record than Qatar," Evain said.

Some fans will also be put off by the Gulf nations' anti-LGBTQ+ laws. Even opting to go to Qatar at all could present fans with a moral quandary given the well-documented poor working conditions and human rights violations which have only been partially addressed with changes to labor laws after scrutiny of the abuses and deaths of the low-paid, largely migrant worker population building facilities for the World Cup, including hotels.

"It’s a dilemma every fan will have to deal with," Evain said.