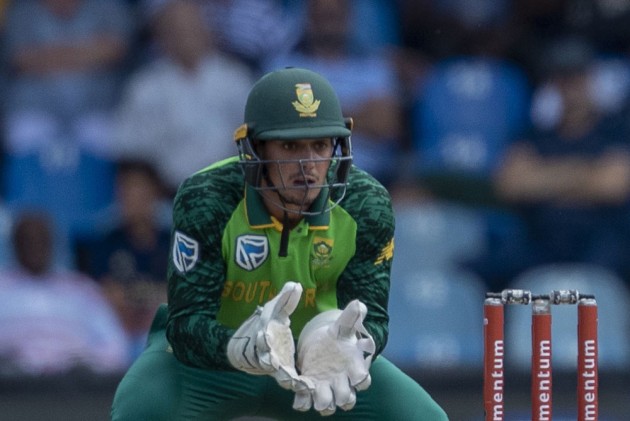 South Africa white-ball skipper Quinton de Kock feels team's ODI series victory over Australia has been the highlight of his early days as leader of the side. (More Cricket News)

The Proteas blanked Australia 3-0 at home and De Kock stated it filled the young South African side with a lot of confidence and self-belief.

"I took it pretty slowly, I am still trying to get a feel of how to go about things. I have learnt quite a bit and I didn't do too badly," de Kock told Cricket South Africa on Tuesday.

"It was more about taking it step-by-step, not just throwing out what I think straight away to the team. We are busy rebuilding as a limited overs team, especially ODIs. T20 I think we know what is going on.

"The series against Australia ... we had quite a young team and they had a powerhouse side, so for us to beat them 3-0 was a highlight."

In normal circumstances, de Kock would currently be turning out for defending champions Mumbai Indians in the 13th edition of the Indian Premier League but due to coronavirus pandemic, the tournament was postponed indefinitely by the BCCI.

As for his national team, they are scheduled to travel to the Caribbean islands in July-August for a two-Test and five-T20I series against West Indies. Despite the series being a long way off, de Kock isn't too confident about it in the wake of the crisis.

"I'm not sure what will happen, every country has their regulations they must adhere to. It is just a matter of waiting for this to go past and then we can get on with the game again," de Kock said.