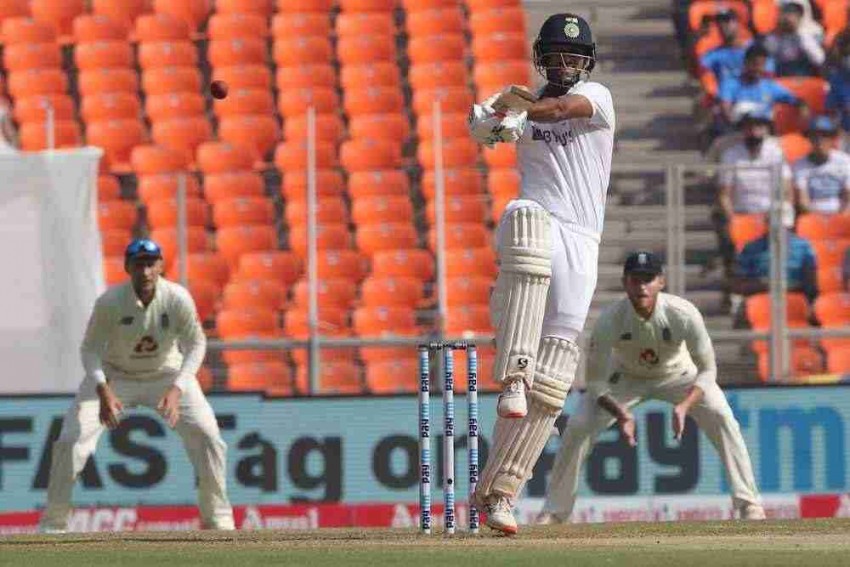 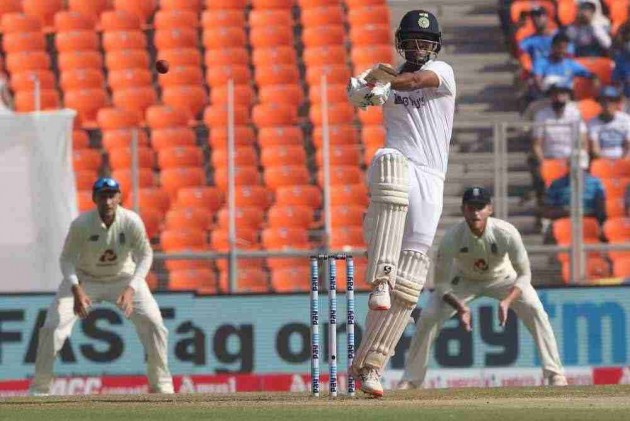 Washington Sundar showed composure beyond his years but missed out on a maiden Test hundred by 4 runs in India's commendable first innings score of 365 against England on day three of the fourth and final Test here on Saturday.
Day 3 Blog | Scorecard | News

India lost their last three wickets in a space of five balls with Ben Stokes (27.4-6-89-4) cleaning the tail without much fuss.

At lunch on the third day, England were 6 for no loss aiming to wipe off a massive 160-run first innings lead.

The young left-hander's innings was in complete contrast to his former India U-19 teammate Rishabh Pant, who had blasted his way during the final 50 runs of his innings.

Washington and Axar Patel (43 off 97 balls) added an invaluable 106 runs for the eighth wicket, which has probably thrown England out of the contest.

The best part about the stand was they never looked like blasting the bowlers but got their runs at a fair clip adding 71 runs to the overnight score in 20.4 overs.

Axar, for good measure, hit a straight six off Jack Leach (27-5-89-2), who clearly bowled to a negative field as there were way too many in the deep for any bowler's comfort.

It seemed that England were intent on saving the boundaries rather than the easy singles that both batsmen got in the process. They farmed the strike well enough during the course of their partnership.

With the pitch slowing down considerably and literally no moisture content like the second morning, batting against James Anderson (25-14-44-3) was comparatively easy.

Both batsmen, at times, were able to play their shots through the line and negotiate the spinners easily as the pace off the surface had declined.

Washington also played a few pull-shots as and when Stokes decided to use the short ball but the slowness enabled him to comfortably negotiate the bouncers.

While Washington hit 10 fours and a six, Axar had five boundaries and a maximum in his kitty.