After their successful outing against Spain and Ireland, India starts the series as favourites 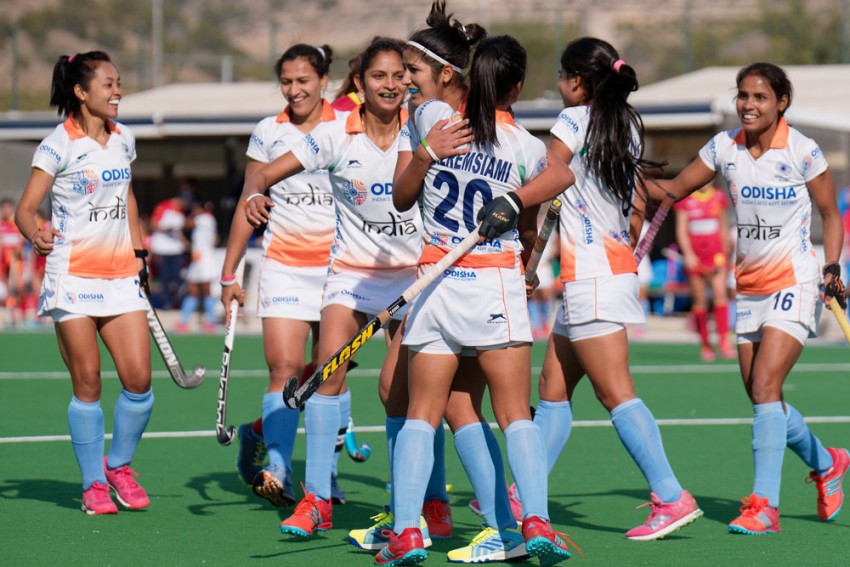 India will be hoping to make the most of the eight-day Malaysia tour
Courtesy: Twitter (@TheHockeyIndia)
Outlook Web Bureau 2019-04-03T13:29:50+05:30 A Confident Indian Women's Hockey Team To Play 5-Match Series Against Malaysia 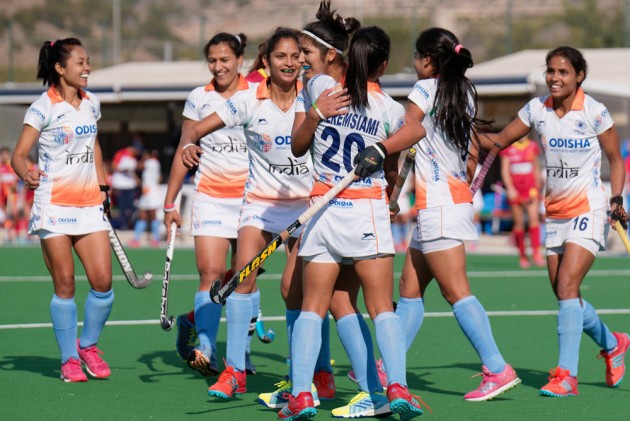 Riding high on confidence after their recent victories, the Indian women's hockey team, led by ace goalkeeper Savita, will be eager to put up a good show in the 5-match series against Malaysia which begins in Kuala Lumpur on Thursday.  The Indians will start the tournaments as favourites.

The Indian team will be hoping to carry the same momentum which they displayed in Spain. India had a successful outing in Spain earlier this year, where it beat hosts and 2018 world cup bronze medallists, once (5-2), drew twice (1-1 and 2-2) and lost once (2-3).

The Indian team had further improved its performance by holding last year's World Cup runners-up, Ireland to a 1-1 draw before registering a 3-0 win.

"Always raising the bar is not easy, that demands discipline and taking responsibility. That ownership is again one of the main areas I would like to see our team improve. Our challenge is not our opponent but always ourselves," said Indian women's hockey team's chief coach Sjoerd Marijne.

The last time India met Malaysia in a big event was at the 2017 Asia Cup, where it won 2-0 in the round robin league before winning the title in a tense final against China.

"It is difficult to say how they play as we have not played against them in a while but the last time I saw Malaysia was during the Asian Games in Jakarta and that is a while ago. From what I saw there, they like to play long aerial balls and like to defend with a lot of passion," Marijne said.

The matches between the two countries will take place every alternate day, starting Thursday. The final match of the series will be played on April 11.